Kris Voakes
The interim boss was foiled at the death by a 96th-minute equalizer but has still done enough to be handed the job full time.

He wasn’t the first name that came to mind, of course. But four games after stepping into the breach following Sam Allardyce’s speedy departure which quickly ended England’s "new era," Gareth Southgate has done enough to earn the managerial role on a permanent basis despite the late concession of a 2-0 lead to Spain.

Tuesday’s 2-2 draw at Wembley ended a four-game interim spell in charge for the England Under-21 boss. His record of two wins, two draws, seven goals scored and two conceded will not have convinced the FA nearly as much as the dynamic performance which saw Spain needing a very late comeback against a much-changed home side to earn a  draw.

England had already met its main objective of the international break on Friday by dispatching Scotland 3-0 in World Cup qualifying but the performance hadn’t been an entirely pleasing one, as Gordon Strachan’s outfit frustrated the home side and stymied its creativity on the ball. For the first 75 minutes against Spain, though, Southgate sent out a far more fluid forward line and was rewarded with a hugely positive display.

With Adam Lallana pulling the strings centrally where skipper Wayne Rooney has previously foundered, there was a real sharpness about the Three Lions’ attack. They pressed high, as Scotland had done to them four days ago, and it was no coincidence that the Spanish back line looked weak under the resulting pressure.

Lallana’s wonderfully judged through ball in the eighth minute found Jamie Vardy, who was felled by Pepe Reina after his poor touch had allowed the Spanish goalkeeper to get close enough to challenge. Lallana fired home from the spot and continued to provide England’s main threat until he picked up a knock on 25 minutes and was quickly hauled off in favor of Theo Walcott. 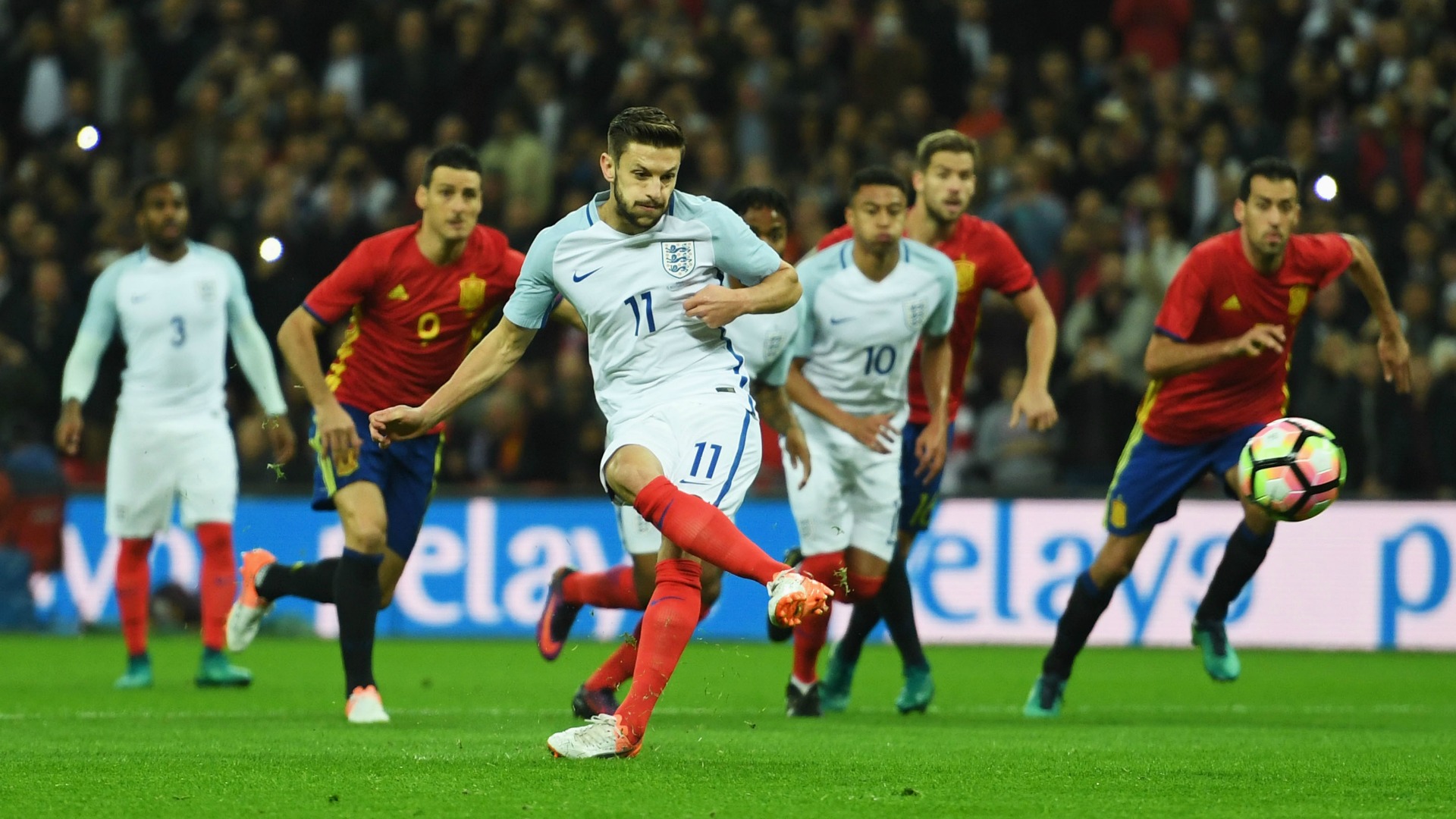 Despite the changed personnel England still tried to ask different questions of Spain, with the regular interchanging among Walcott, Vardy, Jesse Lingard and the impressive Raheem Sterling causing trouble. Vardy doubled the lead soon after the break when diving to head home Jordan Henderson’s chipped cross from the right.

It was exactly what England and Southgate had deserved. The fact that Spain grabbed late, late goals from Iago Aspas and Isco to record a 2-2 draw after Southgate had rung the changes should take nothing from the work done by the vast majority of starters for most of the match.

Unlike Friday, this looked like an England team playing in its coach’s vision. It was a side with direction, verve and purpose. He had seen where there had been flaws and had worked on them. He might have had to have been cajoled into the idea, but Southgate suddenly appears to be a man reveling in the role. The Spain comeback clearly irked him, but it should not be held against him when the FA chooses to ordain a new leader. 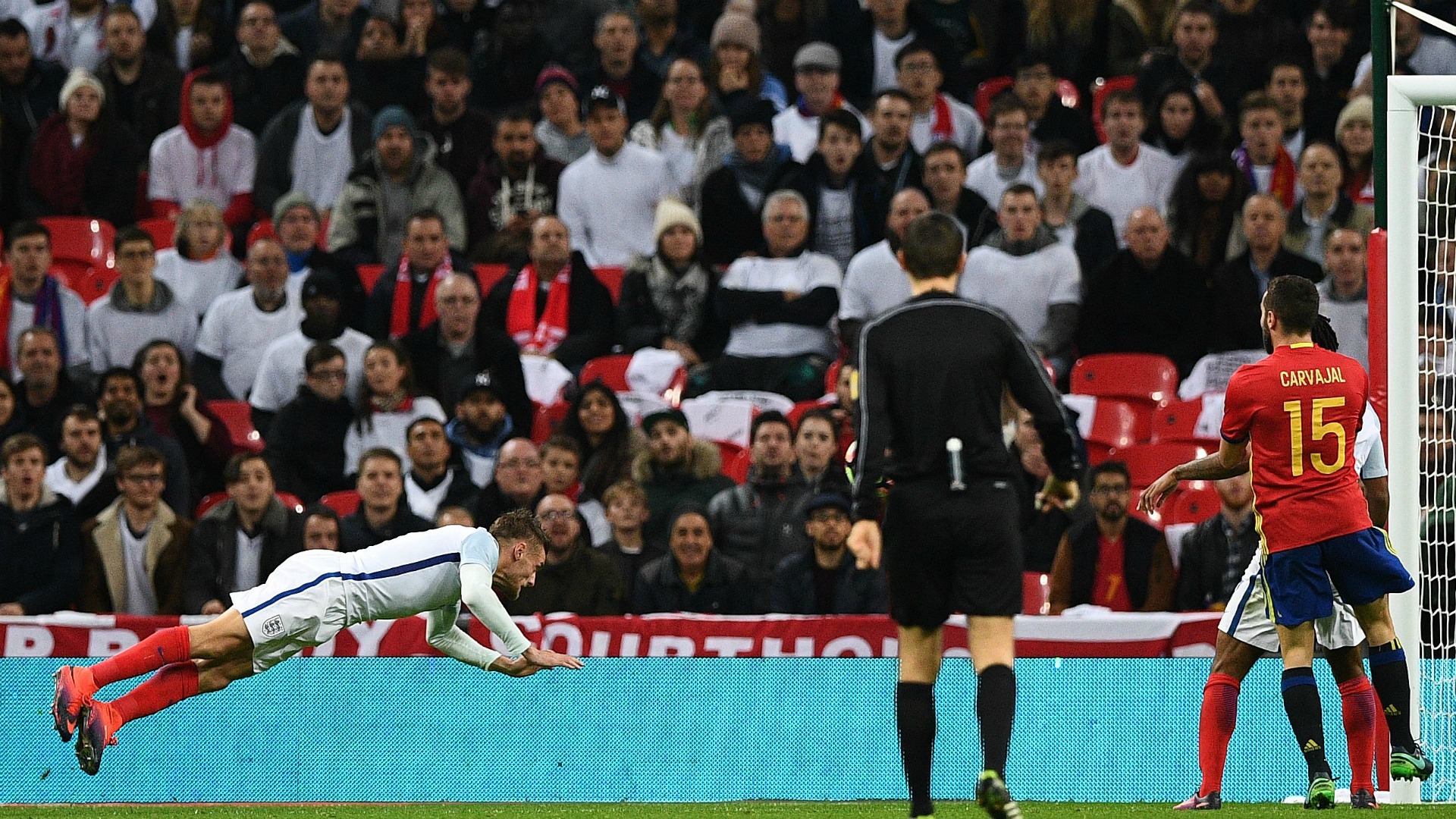 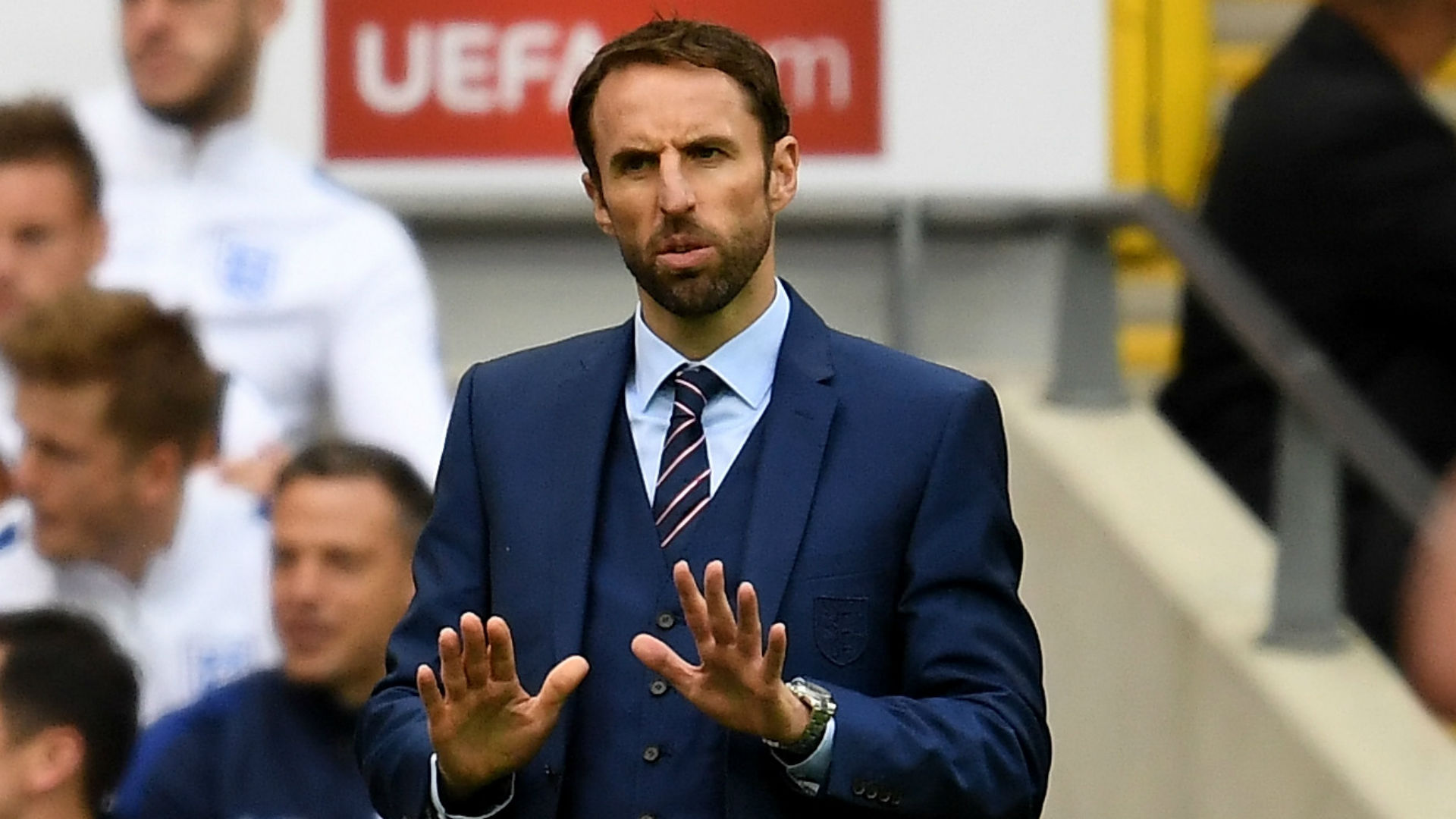 Of course, there will be sterner tests ahead. This was a much-changed Spain team at a time in La Roja’s history which is more likely to go down in the annals as transitional rather than revolutionary. But Julen Lopetegui’s side is also no slouch. And, but for the failure to turn dominance into goals against Slovenia, Southgate has done little wrong in his trial period until the dying seconds at Wembley.

England has not suddenly become a world beater, and the underlying issues which have dogged the country’s football for a period of some decades remain as they were. But Southgate has taken on the national team at one of its lowest points in history and started to point the Three Lions in the right direction.

It is only five games since the Iceland debacle at Euro 2016, and four since Big Sam’s moment of shame. Who would have thought that England would find itself disappointed to draw with a side like Spain so soon after such setbacks? Southgate has England moving in the right direction again and his reward should be an opportunity to see the job through.