Robin Bairner
The midfielder is in stunning form for the Gunners, with his recent performances highlighting why they must do everything to keep hold of him

Mesut Ozil has been Arsenal's assist king since his arrival but this season he's lifted his game to previously unseen levels.

His ability to create goals was already well known, but now he's become a genuine scoring threat for Arsene Wenger’s side. He is in the midst of a scoring spell that means he is unquestionably in the hottest period of his career.

The Germany international’s talents as a matchwinner were to the fore more than ever against Ludogorets on Tuesday, as he brilliantly scored the decisive goal in the closing stages after his side had trailed 2-0 early on.

Mesut Ozil is in the form of his life. What a goal  #UCLonFOX https://t.co/023fCuV7OR

Ozil previous notched a treble against the Bulgarians at the Emirates Stadium, and his statistics in the Champions League lately make for remarkable reading. The four goals he scored against Ludogorets are more than he got in his first 22 outings in the competition with the Premier League hopefuls. 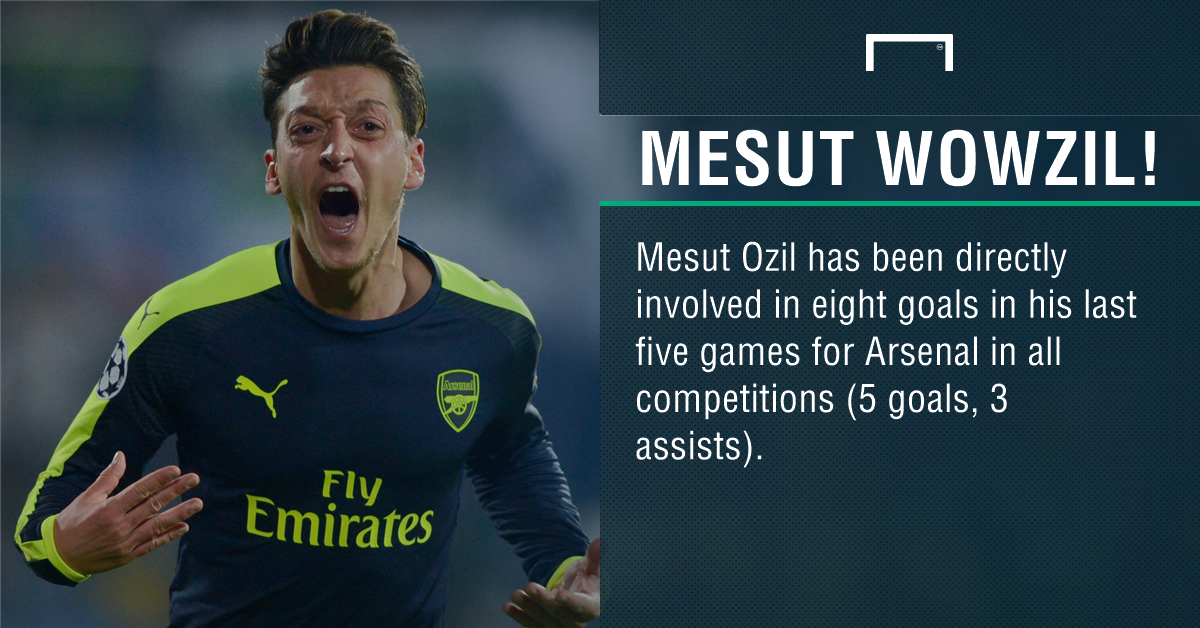 There is no question that he has been a key component of the Arsenal team for many months now. Initially there was scepticism over his performances after he arrived from Real Madrid, yet a blistering start to last term saw him conclude the campaign with 19 assists — one shy of Thierry Henry’s Premier League record.

Now, however, he has undoubtedly eclipsed Alexis Sanchez as Arsenal's talisman.

During the last five matches, he has been involved in a staggering eight goals, grabbing five himself and laying on another three.

Goal exclusively revealed that there are doubts over the player's future in London, but there is no question that Arsenal should do everything in its power to tie him down to a long-term contract to ensure his future remains with the Gunners.

Still only 28, the former Real Madrid man, whose current deal expires in 2018, has several seasons left at the top — and Wenger must guarantee that his side continue to profit from his talents for as long as possible.