Goal brings you both the best and the worst individual displays from the latest round of internationals as we track those who ply their trade in the Premier League. 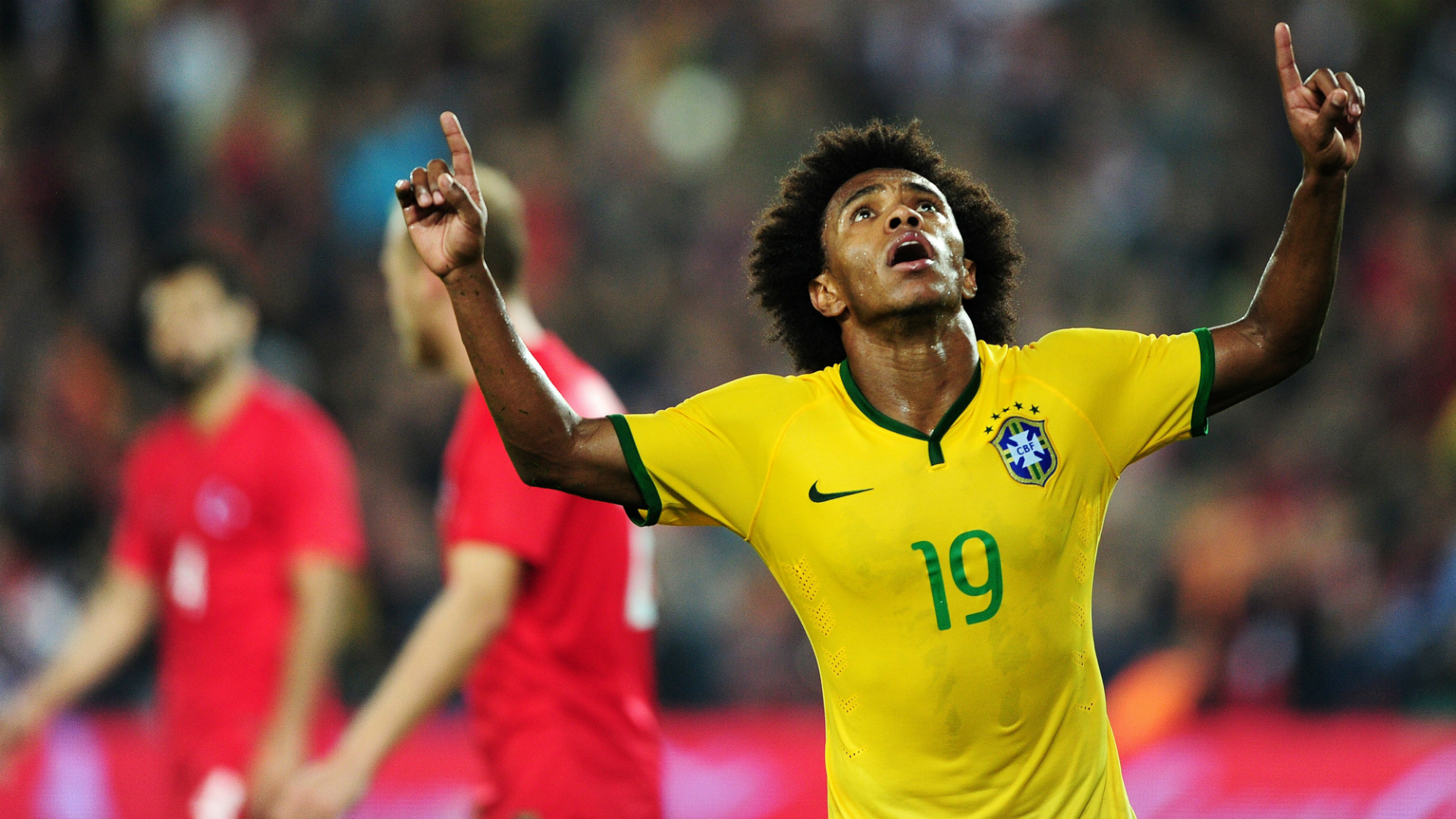 Filipe Luis was one of three Chelsea players to start for Brazil against Turkey and enjoyed a solid game in Istanbul. Although not at his best going forwards he was rarely troubled defensively, helping the Selecao to a clean sheet in a comfortable win. The minutes and a good performance will come as good news for the former Atletico Madrid man, who has struggled to dislodge Cesar Azpilicueta at Stamford Bridge.

One of the stars of the show for Brazil was Willian who put in an excellent display against the Turks. The winger got his name on the score sheet just before halftime with a low shot and also had a hand in Brazil’s fourth goal of the night, exchanging passes with Neymar and allowing the Barcelona ace to grab his second of the game.

Oscar was the third Chelsea player on show and continued his recent good form. The 23-year-old, who signed a new contract with the Blues on Tuesday, was excellent in possession, linking the midfield and attack effectively in a confident display.

Another player to impress for Brazil was Fernandinho, who took little time to make an impression by setting up the opening goal for Neymar. The Manchester City midfielder hit a sublime pass from inside his own half to the Barcelona man, who took the ball down neatly before finishing past Volkan Demirel. Liverpool's Philippe Coutinho also played his part for Brazil, coming on for the last 20 minutes as Dunga's men continued their recent good form with a 4-0 win over Turkey.

Elsewhere, on loan Manchester United striker Javier Hernandez impressed alongside Carlos Vela as Mexico beat Netherlands 3-2, assisting his teammate's second goal - stealing possession and keeping hold on the ball in midfield before curling a lofted pass into the area - before sealing a deserved victory with quick-thinking to round Tim Krul for the vital third.

Daley Blind was tidy in possession on the whole against a sturdy Mexico outfit but was unable to assert himself in the center of midfield and gave away a few needless fouls. However, the undoubted highlight of the game was his 35-yard rocket, which took a deflection off Diego Antonio Reyes, to give the Netherlands hope of securing a draw.

Sergio Aguero played an hour for Argentina at Upton Park as the World Cup finalist triumphed 2-1 over Croatia. The striker had a hand, literally, in the opener after Cristian Ansaldi’s strike deflected off him and into the net. The City man then played a big part in the winning goal, after he was felled by Nikola Kalinic in the area allowing Lionel Messi to score from the spot.

Further back, Federico Fazio, sent off twice already for Spurs, Pablo Zabaleta and Santiago Vergini all featured in defense and had quieter nights than they have become accustomed to with their clubs this season.

Belgium enjoyed a good night against Iceland, winning 3-1 with a host of Premier League stars in action, including Jan Vertonghen who captained the side and Toby Alderweireld, Thibaut Courtois and Mousa Dembele all featuring.

Star man Eden Hazard had a fairly quiet night and was replaced at halftime in a move that will surely please club manager Jose Mourinho.

There was good news for Manchester United’s Adnan Januzaj, who enjoyed a lively game and set up Nicolas Lombaerts's opener with a free kick. After Iceland had equalized, Liverpool striker Divock Origi, who is currently on loan at Lille, then restored Belgium’s lead with a low, fierce drive from just outside the box.

Everton striker Romelu Lukaku then sealed victory with his 11th goal for his country, the 21-year-old scoring from close range, hammering the ball home into an empty net.

One striker who did not get on the score sheet was Christian Benteke who nonetheless continued his return from injury, playing 76 minutes for Belgium. The Aston Villa man started brightly and went close on a couple of occasions, forcing the goalkeeper to tip over a fierce drive on the half hour mark before going close with a header from a Vertonghen cross.

Tim Krul could do little about either of Carlos Vela's goals but will be disappointed with conceding Hernandez's match winner. The Newcastle man commanded his penalty area well in the first half but nearly gifted the visiting side a second minutes after the restart when his clearance was played straight to Hector Herrera, but Mexico failed to fully capitalize.

Krul made it up it soon after to deny Hernandez with a close-range half volley, diving to his right to stop Mexico retaking the lead. He was perhaps too quick off his line to allow the Real Madrid loanee to score the third but more questions will be leveled at his defense.

Ron Vlaar made a brief appearance for Netherlands before injury ended his night prematurely. The Aston Villa man started the game but lasted just 24 minutes before being replaced by Stefan de Vrij after picking up a calf problem.

One Manchester United man below his best was Angel Di Maria, who failed to sparkle for Argentina at Upton Park. The former Real Madrid man worked hard but failed to produce any moments of great quality. Di Maria, who has under performed for the Red Devils in recent weeks, was eventually replaced by Erik Lamela who fared little better. The Tottenham forward came on with 15 minutes to go but did not impress the fans and was booed at the final whistle.