By Ives Galarcep
The Seattle Sounders youngster is on the verge of completing a move to the EPL side, but will be able to finish out the 2014 MLS season.
PORTLAND, Ore. — One month after impressing at the 2014 World Cup, DeAndre Yedlin is ready to reap the rewards of impressing on the world’s biggest stage.

Sources have confirmed to Goal USA that English Premier League side Tottenham and the Seattle Sounders are finalizing details on a transfer for Yedlin worth between $3.2 million and $3.5 million, and if the final details can be squared away in the coming days, Yedlin will become the first member of the 2014 U.S. World Cup team to complete a transfer move. 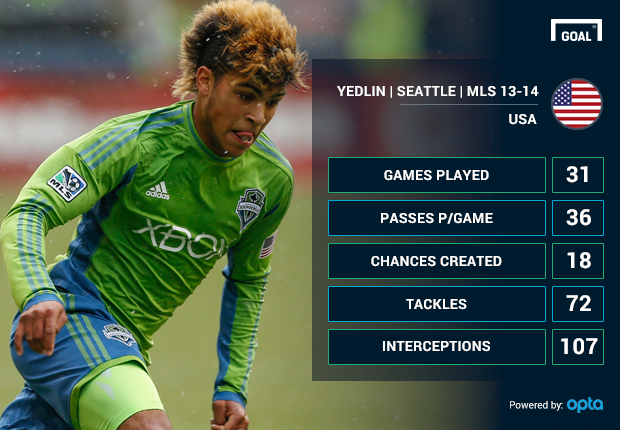