By Noah Davis
Team USA was an embarrassment in the 2006 World Cup and inconsistent ever since.
Last World Cup, the Americans failed to win even a single match. What will it take for the U.S. to actually advance out of the round-robin games?

First question first: Can the United States Men's National Team win a game during this summer's World Cup? Yes. In fact, the Americans should prevail in two of their three first-round matches. Losing to Slovenia on June 18th and Algeria five days later will be more than a disappointment; it will be unacceptable for a side that wants to stake a claim as one of the world's top dozen teams. For their opening match, the Stars and Stripes won't be favored to win against England.

Going one step further, the 2010 World Cup marks the first time the Red, White, and Blue are predicted by many pundits to advance from their group. The top two finishers in each of the eight, four-team pairings move on to the knockout phase. The USA has only advanced from group play three times in World Cup history. 1930, when they finished in third place overall, 1994, when they hosted, and 2002, when they reached the quarterfinals. It's unlikely that in any of those cases they were considered a favorite to advance. They've made every Cup since 1990, but they've tended to be in difficult groups and since they're still considered a developing soccer nation, not much has been expected. Elevated expectations are new for the Americans, but show the U.S.'s development as a soccer-playing nation.

"I don't even think getting to the second round is something that we should necessarily applaud," Alexi Lalas, a member of the 1994 and 1998 U.S. World Cup squad and ESPN commentator, told Goal.com earlier this year. "I think it's expected this time. I think if this team doesn't get out of this group, American soccer fans should be disappointed, and I would consider it a failure. That's a good situation to be in because not too long ago, people really didn't care. Now there are much higher expectations."

The growing faith in the U.S. squad stems from their recent successes. At the Confederations Cup held in South Africa a year before the World Cup, the Americans defeated Spain en route to reaching their first-ever final of a FIFA tournament. Vincente del Bosque's La Furia Roja (The Red Fury) were on a world record 35-match unbeaten streak and held the world's No. 1 ranking. The U.S. defended as a cohesive unit, bending but never breaking, and counterattacked effectively in the 2-0 victory. Although they would lose in the Confed Cup's last match to Brazil by a 3-2 scoreline, Bob Bradley's squad took a 2-0 lead into halftime. During the tournament, they proved to the world they can beat anyone on the right day. 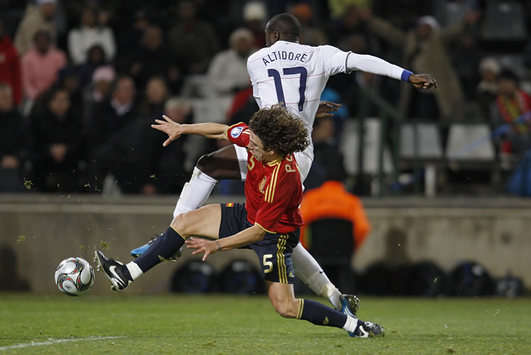 The success in the Confederations Cup and World Cup qualifying -- the U.S. finished first in their region -- has fixed much of the damage done to the American reputation internationally by a poor showing during the 2006 tournament. In Germany, expectations for the team were high after their quarterfinal showing in the 2002 World Cup. The draw paired the U.S., ranked fifth in FIFA's World rankings, alongside Czech Republic (No. 2), Italy (No. 4), and Ghana (one of the strongest African sides) in the Group of Death. The Stars and Stripes failed to advance, losing to the Czechs and Ghana while tying eventual champions Italy.

That said, the showing in Germany wasn't as bad as some remember. While the Czech Republic dismantled the Americans, the U.S. was the only team the Azzurri didn't beat and the match against the African squad turned on a questionable penalty and a bad giveaway by captain Claudio Reyna who injured himself on the play. A win against Ghana would have seen the U.S. advance. (Of course, Brazil waited in the next round, but the Americans would have prevailed. Crazier things have happened.) In '02, Bruce Arena's team caught all the bounces and were hailed as conquering heroes; in '06, they didn't and were branded as failures. Soccer is a cruel mistress.

After the disappointing effort in Germany, Bradley replaced the current Los Angeles Galaxy manager. His side's improved every year. Despite an injury to emerging star striker Charlie Davies, who will miss this summer's tournament after nearly dying in an October car accident, the 52 year old who earned his first coaching job 30 years ago brings arguably the deepest 23-man outfit the country's ever produced to South Africa. 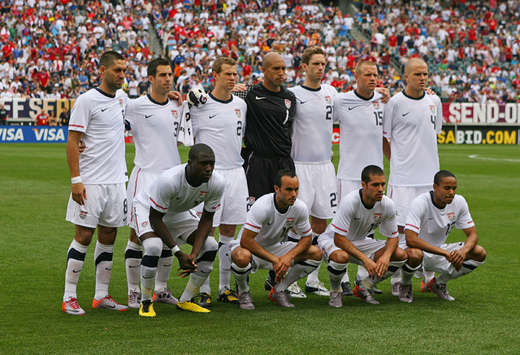 With English Premier League star Tim Howard in net, and Oguchi Onyewu, Jay DeMerit, and Carlos Bocanegra manning the backline, the squad boasts a formidable defense. All-time leading scorer Landon Donovan and Clint Dempsey, who's prone to moments of sheer genius at his Fulham club side, will carry the offensive load with assists from Michael Bradley (the coach's son), 20 year old Jozy Altidore, and a host of other developing talents.

The Americans will win a game in the first round. They should win two. They might even win three. After that, who knows? Over the past year, the U.S. has proved they can beat every team in the world. The only question is, will they?

Noah Davis (@noahedavis) covers the United States Men's National Team for Goal.com and will be reporting from the World Cup in South Africa.


The 2010 World Cup is fast approaching, so keep up to date with all the news at Goal.com's World Cup homepage and join Goal.com USA's Facebook fan page!
Close