Ives Galarcep
The U.S. national team goalkeeper left Everton after 10 seasons and couldn't have asked for a better scenario in his return to Major League Soccer.

Leaving the club he had called home for a decade was never going to be easy, but Tim Howard couldn’t have imagined a better script for how his departure from Everton and return to Major League Soccer with the Colorado Rapids would go.

Howard has stepped into a blossoming team, in the thick of title contention, in a city hungry for success, and he hasn’t skipped a beat. The U.S. national team goalkeeper headed to Colorado this summer and slipped on his Rapids uniform like he had worn it for years, quickly establishing himself as a force in goal and removing any doubts about what he was bringing to the table a dozen years after his initial departure from MLS.

“I’m thankful I’ve landed on my feet in Denver,” Howard told Goal USA. “It’s an amazing city with a hungry fan base, and a team that’s ready for more success. Leaving Everton was like leaving home to me. That’s where I felt safe. Those are the people who I trusted, the people who I loved. That becomes your family and your life and who you are.

“So it’s always going to be tough to leave. I miss some of my teammates dearly. I speak to them all the time, wishing we still had some of those good old days, but all great things come to an end. Everton, for me, was a great thing and will always be a great thing, but it was time to move on.” 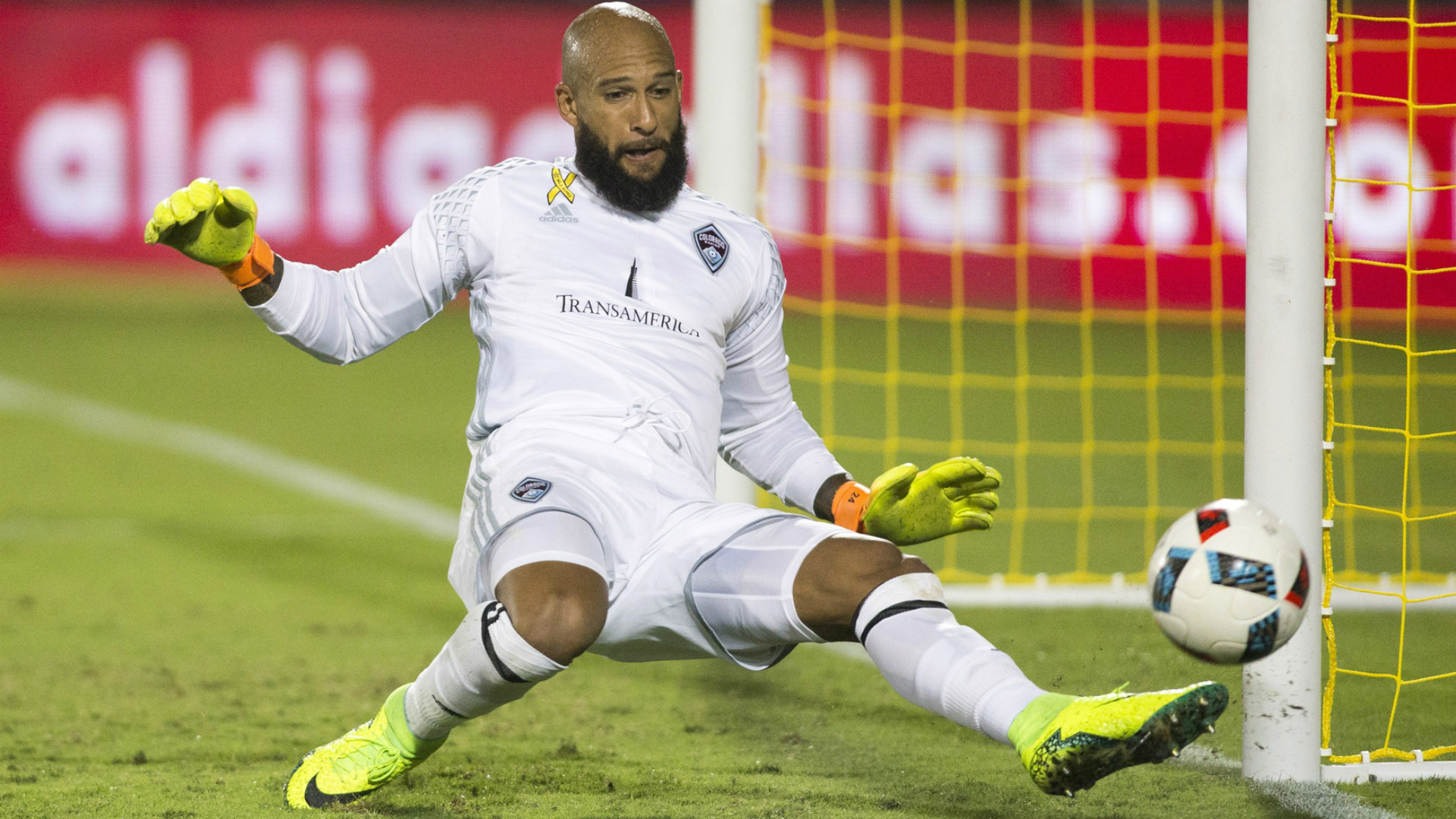 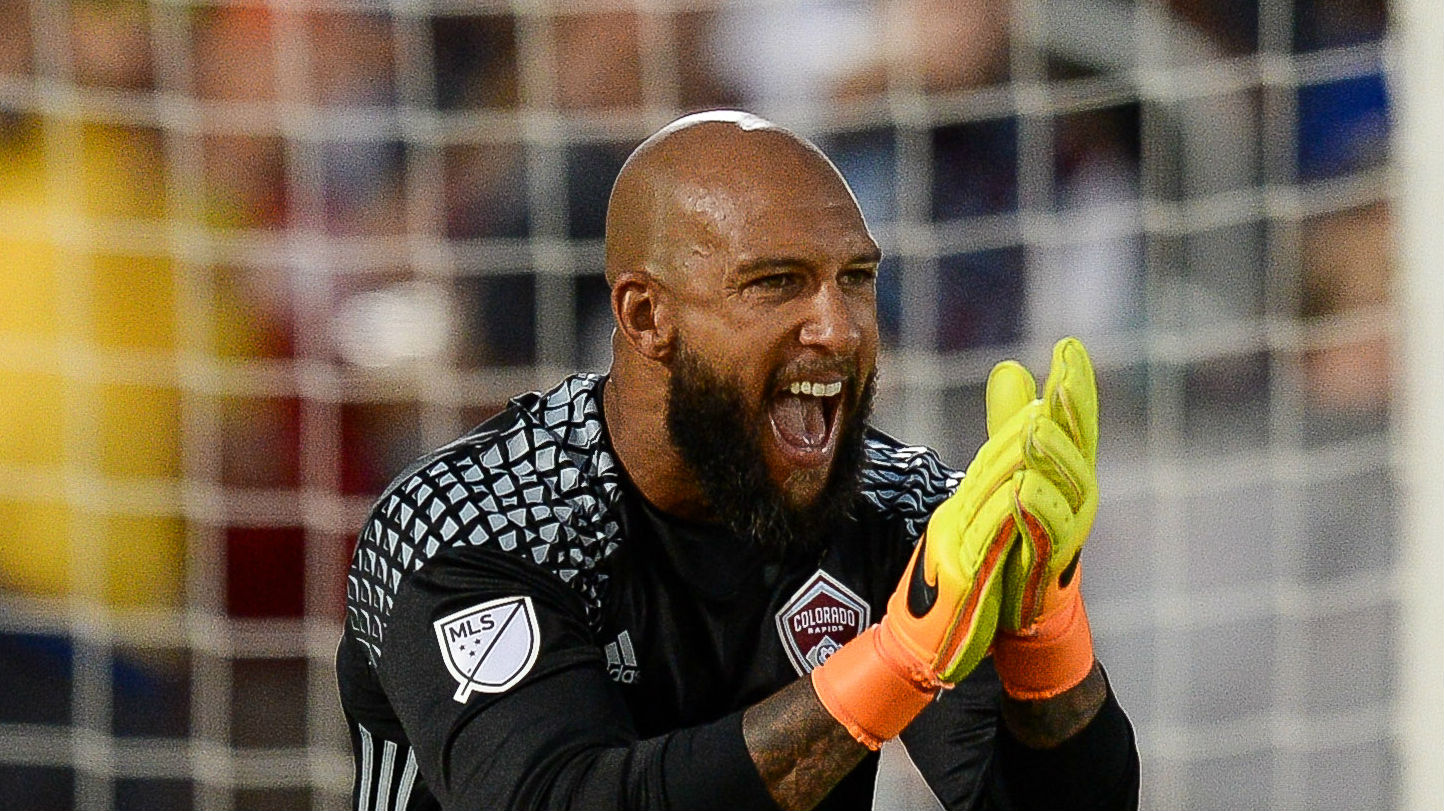 Howard departed MLS in 2003 to join powerhouse Manchester United, and the league he left behind bears little resemblance to the one he has returned to. MLS had 10 clubs when Howard left the New York/New Jersey MetroStars to pursue his European dream, and he has returned to find a thriving 20-team league that has grown in a variety of ways.

“When I got back (to MLS) over the last three months, I’ve been very pleasantly surprised at how technically talented a lot of the players are across the board,” Howard said. “It wasn’t that way when I left. You had a couple of good players, and the rest of them had their shoes tied together. Now, you’re seeing some really talented players — big international stars, American homegrown players and everywhere in between.”

Howard has also come away impressed with the league’s growth in the stands, and in the level of support enjoyed by MLS teams.

“Not only have the fan bases gotten bigger, they’ve gotten more knowledgeable,” Howard said. “That can be said about soccer in America as a whole, but the staunch supporters of each team have grown, not only in numbers but knowledge of the game.

“Rivalries have become a big thing as well,” he added. “We used to talk about it and build it up back in 1998. We pretended there were rivalries, but there weren’t. Now you have some really heated rivalries.”

Howard has joined a Rapids team in the midst of a renaissance. The 2010 MLS Cup champions had endured several disappointing seasons before putting together a surprisingly strong 2016 campaign. A revamped roster helped the Rapids enjoy a strong start and Howard has helped keep the ball rolling for a team that is chasing FC Dallas for the Supporters’ Shield.

“They were doing really well before I got here. Whatever they were doing was working, and when I got here I just didn’t want to screw it up,” Howard said. “It’s a good group of guys. We’re not the most talented team in the league, but from a commitment and energy standpoint we go out there and show it pretty much every week. We’re one of the best teams in the league based on that.

“I’ve been on a lot of teams in my career and this team is probably the most selfless team I’ve been on,” he continued. “Just a bunch of guys who buy into the concept, who are trying to get better. The egos are at an all-time low. It’s fun to go to work every day. One of the huge challenges is trying to move this group forward and get better.” 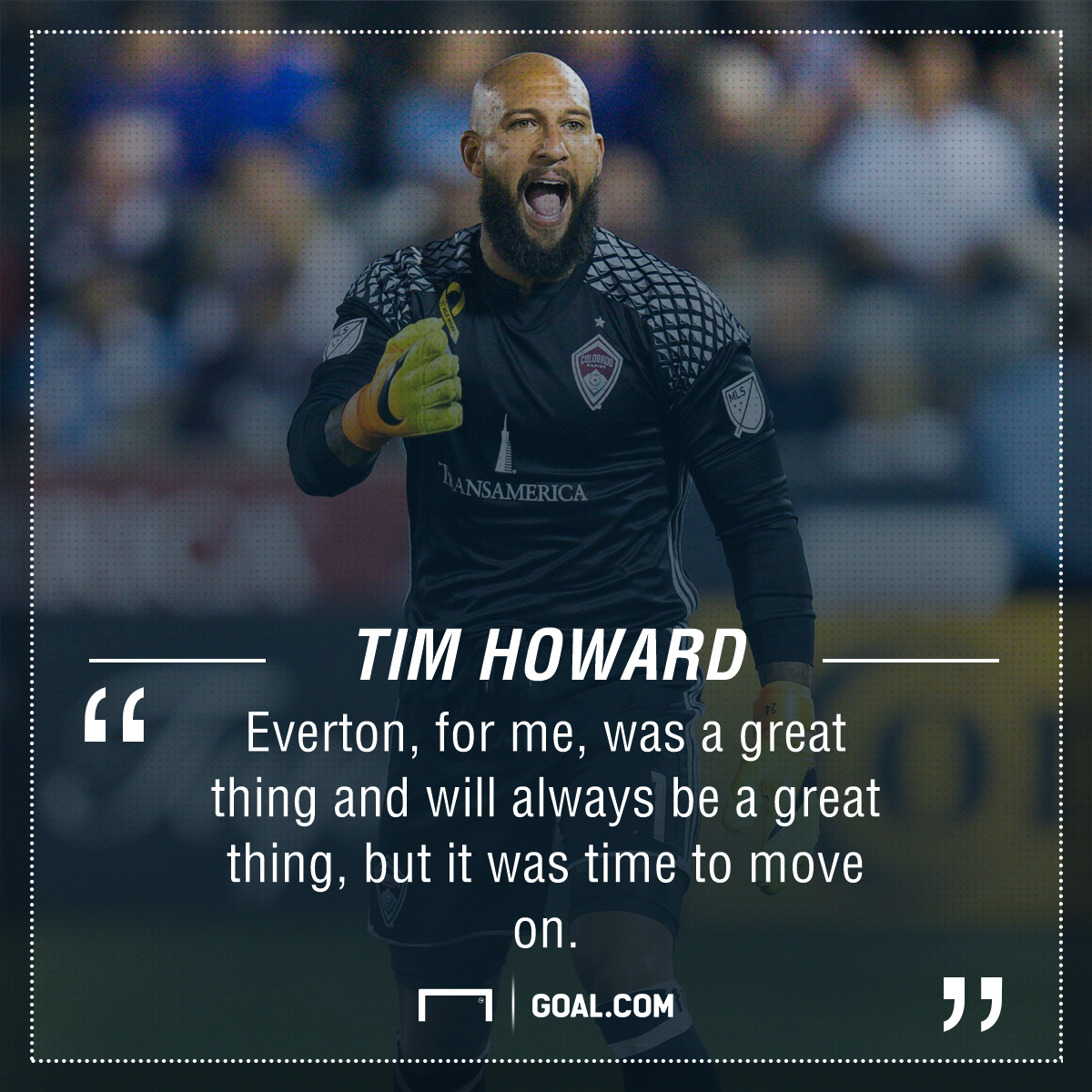 Rapids midfielder Sam Cronin believes Howard has been a big boost to the club with not only his skills but work ethic as well.

“For me, the thing that I’ve been most impressed with is his mentality,” Cronin said. “The way he works every day, training in the gym, looking out for himself. He holds himself accountable and holds every single player around him accountable. It keeps everybody on their toes, and focused, and that’s half the battle of defending — being focused and communicative — and he’s great with that.”

Howard has helped the Rapids maintain their standing as the league’s stingiest defense, and he will play a key role in Colorado’s quest to add another MLS Cup to the trophy case. In the process, Howard has also bolstered his standing with the U.S. national team, for which he remains a competitor for the starting goalkeeper spot.

The next two months will be big for Howard. He will be focused on trying to lead the Rapids to a title, while also looking to re-establish himself as the starting U.S. goalkeeper heading into important World Cup qualifiers against Mexico and Costa Rica. Anyone who saw his return to MLS as a step toward retirement has another thing coming. His return to the U.S. has helped rejuvenate him, and the 37-year-old shows no signs of slowing down.

"I feel good, I feel like training is going well and games have been going well," Howard said. "It was an unknown what it was going to look like,  and how I was going to fit in and what the performances were going to be, but I’ve been happy with all that."

So have the Rapids, who have posted seven shutouts and suffered just two defeats in Howard's 14 starts.

Howard will have plenty on his plate in the coming months, for club and country, but he acknowledges he will still find time to keep watching the club he will forever be most identified with — even if he is now half a world away, and even if watching can be tough.

“When you love a team the way I love Everton it’s hard to watch,” Howard said. “I didn’t miss many games (at Everton), but the ones that I did miss it was hard to watch them. This current Everton team has been revamped and they’re exciting to watch. It’s been fun.

“My friends used to tell me for 10 years how excited they’d get to wake up and watch Everton and I understand that now. I wake up every Saturday morning and put it on. It’s fun for me.”