Thomas Floyd
Thriving on and off the field with Pachuca, the defender has played his way back into the U.S. squad ahead of the Hexagonal stage of World Cup qualifying.

ALEXANDRIA, Va. — Colette Jay Gonzalez was welcomed to the world June 14, 2016, with her father Omar on hand for the occasion.

That may not have been the case had Omar Gonzalez been named to the U.S. national team's 23-man roster for the Copa America Centenario. But as the Americans prepared in Seattle for their quarterfinal against Ecuador two days later, Gonzalez found himself in a hospital bed far away, cradling his newborn daughter alongside his wife, Erica.

"It was great if I made Copa and it was great if I didn't make Copa because I was there for the birth of my second daughter," Gonzalez told Goal USA. "Either way, I was a happy man."

For Gonzalez, missing out on the Copa America this past summer represented an aberration in his fruitful transition to a new life abroad.

After seven seasons with the LA Galaxy, highlighted by three MLS Cup titles and four Best XI honors, the Dallas native took a step outside his comfort zone by signing with Liga MX power Pachuca. 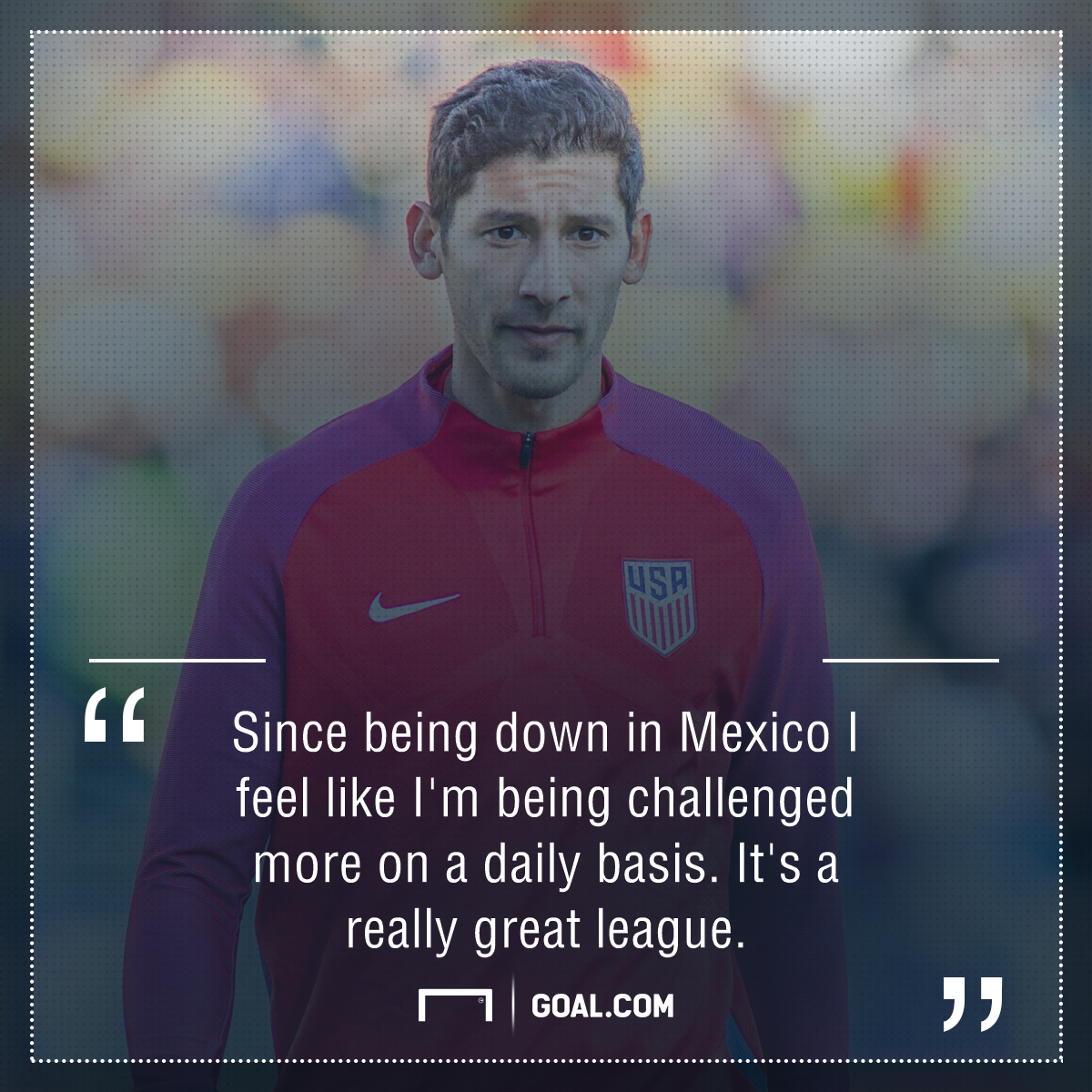 The son of Mexican immigrants, Gonzalez spoke limited Spanish at the time and felt a looser connection to his family roots. But 10 months in the valley city of Pachuca, a onetime mining hotbed tucked some 50 miles northeast of Mexico City, has strengthened those bonds for Gonzalez and his young family.

"Being a Mexican-American and going back to live in Mexico has been a really amazing experience," said Gonzalez, whose first daughter is closing in on her second birthday. "I feel like a prouder Mexican, getting closer to my heritage and my culture. It's been great. My wife is happy, I'm loving the fact that I get to raise my children in a different culture and not just an American, Manhattan Beach culture, so it's definitely different and something that's exciting."

That comfort has coincided with Gonzalez's sterling performances on the club level. Since signing in December, the 6-foot-5 center back has started 34 Liga MX matches — including all six playoff games as Pachuca claimed the Clausura crown in May.

Sitting in third place during the Apertura campaign, Los Tuzos are well positioned to make a run at defending the league title this fall. And Pachuca boasts the second-best defensive mark in Liga MX since Gonzalez joined the club to partner with Colombia international Oscar Murillo at center back.

"Since being down in Mexico I feel like I'm being challenged more on a daily basis," Gonzalez said. "It's a really great league, and I'm really happy down there. I feel like when a player is happy and he has a bunch of confidence from his coaches and his teammates, that player seems to thrive in those environments. I feel like I'm in one of those good environments, and I think my play has shown that."

Erica said it best: And just like that, your heart expands one billion fold. Welcome to the world, Colette Jay Gonzalez. Mommy, daddy and Isla Jay love you beyond imagination. 6/14/16

Although Gonzalez's omission from the Copa America squad came as something of a surprise, considering his club success and status as a 2014 World Cup veteran, he made a swift return to the national team scene.

Called in for U.S. coach Jurgen Klinsmann's first post-Copa America roster in September, Gonzalez partnered with Steve Birnbaum in central defense for the 4-0 win over Trinidad and Tobago that sealed advancement to the Hexagonal, the final stage of World Cup qualifying in CONCACAF.

"He's hungry," Birnbaum said. "He obviously had a little bit of a sour taste in his mouth being left out of it for a little bit, but he's back and he's doing great. He shows it every training."

Gonzalez does face a steep climb to regain the starting job he held throughout the Hex in 2013, with John Brooks and Geoff Cameron firmly established as the first-choice duo at the Copa America, versatile veterans Matt Besler and Michael Orozco still in the picture, and Birnbaum enjoying a breakout year.

"It's very stiff competition," Gonzalez said. "I thought John Brooks and Geoff Cameron did an amazing job at Copa America, and so they sort of solidified their spot there. Now it's up to me to just come in and play hard and make it tough on Jurgen. There's a lot of good center back options, and I'm one of them. So all I can do is work hard and make it a tough decision for him."

With Brooks and Cameron released back to their club teams following Friday's 2-0 win over Cuba, Gonzalez is poised to play a part in the friendly against New Zealand on Tuesday — his 28th birthday — at RFK Stadium.

The stint in the D.C. area offers the University of Maryland product a welcome chance to hit some old college favorites. (Trips to Greek staple Marathon Deli and the Bagel Place are firmly on his radar.) Come Tuesday night, Gonzalez will be focused on further re-establishing his place within Klinsmann's good graces ahead of the Hex.

"There hasn't been much communication, but I think if I just come in here and play the way that I'm playing down in Mexico — which is aggressive, being hard to play against every single game, good on the ball — if I do those small things and pay attention to the details, I give myself a good opportunity to be there next month," Gonzalez said. "I can just focus on how I'm doing, how I show up and my attitude, and those are things that are in my control."

Having started both U.S. matches against Mexico in the 2014 World Cup qualifying cycle — a pair of shutouts — Gonzalez knows what the Americans are up against when they open the Hex against El Tri on Nov. 11 in Columbus, Ohio.

It's a matchup that carries further resonance considering Gonzalez's Mexican-American identity, with his smile broadening as he recalled the 2-0 win that clinched a World Cup berth for the U.S. in September 2013.