The field conditions were terrible, and the soccer wasn't much better, but on a day when there wasn't much to get excited about if you are a U.S. national team fan, Julian Green and Chris Wondolowski stepped up to prevent embarrassment and reward Jurgen Klinsmann's faith.

There weren't many bright spots for Klinsmann to chew on in Friday's 2-0 win, with his starting lineup scuffling its way to a 0-0 draw at halftime. The Cubans had just as many good chances as the Americans, with one saved well by Ethan Horvath, and two others saved by the woodwork.

The woeful playing surface made keeping the ball on the ground a challenge, and left the normally sure-footed center back tandem of Geoff Cameron and John Brooks looking unsure of themselves in possession. it also left the central midfield tandem of Michael Bradley and Sacha Kljestan largely invisible as the U.S. settled for pumping long balls over the top and to the flanks. 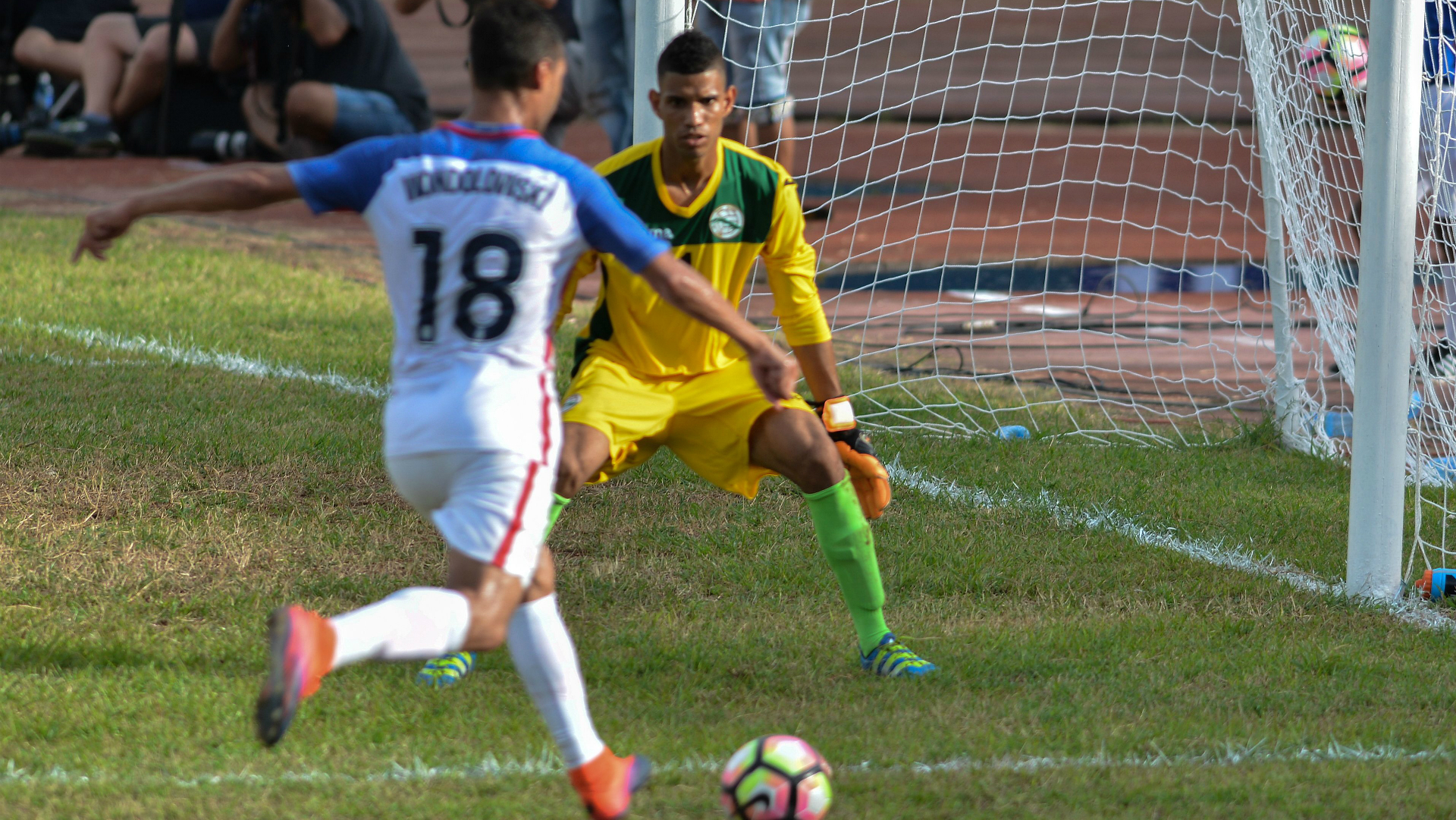 Watch @ChrisWondo 's second half strike to give the #USMNT a 1-0 lead against Cuba. #USAvCUB pic.twitter.com/LEkE09iISM

In terms of players who helped their stock in the race for starting roles against Mexico in November, DeAndre Yedlin did well in his 45 minutes of action. Klinsmann gave him the start at right back and the Newcastle defender coped well with a steady stream of challenges to his side of the field. Though he came off at halftime in favor of Timmy Chandler, Yedlin looked up to the challenge, and didn't hurt his chances of being chosen to start against Mexico.

Goalkeeper Ethan Horvath looked good in goal, and dealt with the threats he had to deal with. His long 6-foot-4 frame definitely factored into Cuba sending some good chances wide, and he made one very good save on Cuba's best buildup of the match, a first-half counterattack. He may still be young at 21, but Horvath looks up for the challenge of being Klinsmann's No. 3 goalkeeper and the heir apparent to established veterans Tim Howard and Brad Guzan.

Did anyone really hurt their stock on Friday? Not really, not when you consider the playing conditions and the impact they had on the U.S. team's ability to play the way it prefers. Kljestan was very quiet, but Klinsmann isn't likely to think less of an attacking midfielder who couldn't find the game on a playing surface that made ground passes an adventure.

Green did help his stock, making the most of his deployment on the left wing to generate a majority of the U.S. looks in the first half. He had a very good move thwarted by a quality save in the first half, and probably relied too much on shots with his right foot, rarely testing Cuba's goalkeeper before tapping home a perfect pas at the doorstep from Wondolowski. 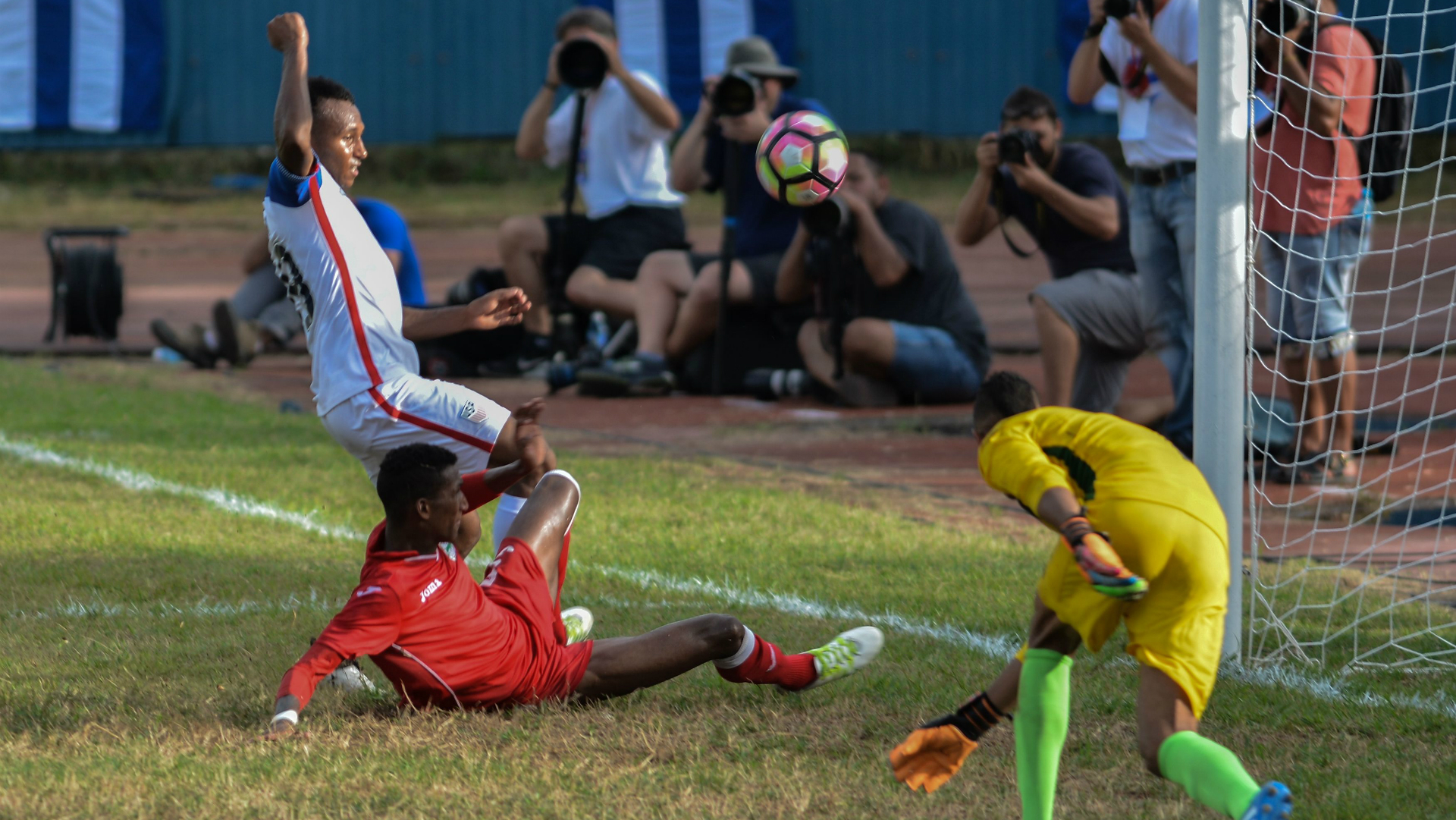 What stood out about Green even more than his activity was his confidence. You could argue he had never looked more confident in a U.S. uniform than he did against Cuba. That might surprise some given the little amount of playing time he has found at Bayern Munich this year, but it can't be overlooked that he did well enough in preseason to earn a place on Bayern's first-team roster. The confidence in earning Carlo Ancelotti's faith just might be enough to inject some swagger into a player who has looked overwhelmed and underwhelming in past national team appearances.

If Klinsmann will take pride in anything from Friday's match, it's that a Horvath and Green, a pair of 21-year-olds, showed well in tough conditions, while Christian Pulisic got a taste of the sort of challenges that await him in his national team career. Not all games are going to be highlight-filled showcases played on pristine fields. Some will be played on cow pasture-like fields, in hot conditions, against physical opponents, with referees who won't blow a whistle unless they see blood (and even then, as Steve Birnbaum learned, a whistle isn't guaranteed).

Seeing young players gain important experience had to make Klinsmann smile, but so did Wondolowski's showing. Still carrying the scarlet letter associated with his World Cup miss against Belgium, Wondolowski came into a lackluster match and made things happen. Nobody is expecting him to start in important national team matches, or even make the 2018 World Cup team, but on Friday Wondolowski did enough to justify his inclusion on Klinsmann's latest roster. While that isn't going to earn him full redemption for his World Cup miss, it's enough to make you appreciate his perseverance and understand why Klinsmann put him on the team.