Ives Galarcep
The New York Red Bulls playmaker made the most of his national team return, and now he is aiming for a regular place when November's big qualifiers come around.

Just how far has Sacha Kljestan come in the U.S. national team picture? Consider that less than two months ago he was a man staring at a two-and-a-half year absence from the national team, uncertain whether he would ever get another chance. Now? He's looking like a potential starter for some of the biggest games on the U.S. schedule, and is being used by Jurgen Klinsmann as an example of what can happen for a player when they make the most of an opportunity.

From missing in action to center stage in the blink of an eye.

"Sacha Kljestan, for the last two games came in, World Cup qualifiers, and he made a very strong case," Klinsmann said on Monday. "He put his stamp on both games and that's why he's now back in the national team environment. You've got to give them the opportunity to do that, but also they've got to take that opportunity."

As the U.S. prepares for upcoming friendlies against Cuba and New Zealand, Kljestan looks every bit like the man most likely to continue holding down the spot left open by Clint Dempsey's extended absence while he deals with an irregular heartbeat that will sideline him, for club and country, for the rest of 2016. Kljestan was excellent in September's World Cup qualifying wins against Saint Vincent and the Grenadines and Trinidad and Tobago, but he knows all too well that those games don't promise him much more than his next call-up.

"Last month I had an opportunity, it had been two and a half years being out of the national team so I came in with a fire under my ass and I just wanted prove everybody wrong, prove everybody right, just do everything I was good at to try and help the team win," Kljestan said. "Fortunately I was able to do that, and I'm glad Jurgen gave me the chance.

"I know that there are going to be other guys coming in to do the same thing now. Just because I played a couple of good games last month doesn't mean that I can take it for granted now, so I'm here again this month to try and prove my case again." 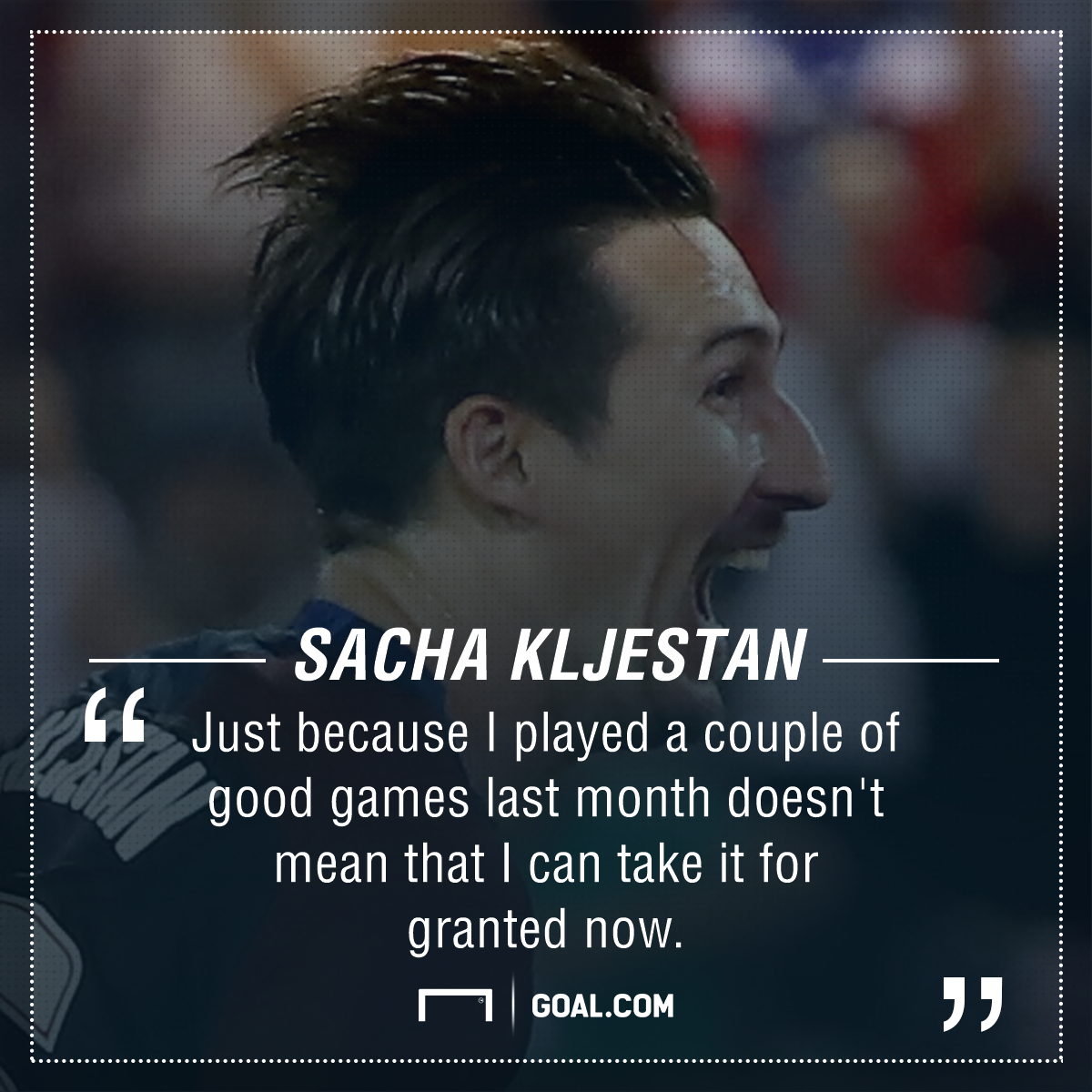 Based on the roster called in by Klinsmann, Kljestan has a good chance to start both friendlies. Alejandro Bedoya was forced to withdraw from the squad with a rib injury, leaving Klinsmann with one less option for the attacking midfield role normally occupied by Dempsey.

Klinsmann sounded optimistic about the Sounders star returning in 2017, but in the meantime Kljestan is looking like a good bet to pick up some of the creative slack in midfield for a player Kljestan hopes will be back with the team soon.

"After soccer, there's a lot more to life, and he does have four kids to take care of," Kljestan said of Dempsey. "I hope he's doing OK, and I hope we see him back on the field. Obviously, not having him here we miss a big part of the attack, and hopefully I can step in and fill his shoes."

Kljestan's national team renaissance couldn't have come at a better time for the U.S., which needs more of an attacking presence from central midfield in the absence of Dempsey and Jermaine Jones, who has been out since July with a knee injury and looks less and less likely to feature in the November qualifiers.

Michael Bradley is another player who could fill an advanced central midfield role, having done so in the past, but he has played mostly in defensive midfield with Toronto FC this year and manned a deeper midfield role for the U.S. in recent months. He also has a good rapport with Kljestan, having partnered with him in central midfield quite a bit in the 2010 World Cup qualifying cycle. The pair reprised their partnership in September, and it looks like it may even be a better partnership now than it was six or seven years ago.

For Klinsmann, Kljestan is the ideal assist man to help get the most out of forwards Jozy Altidore and Bobby Wood. With Altidore and Wood looking so comfortable together, having someone who can provide them steady and dangerous service is paramount, and Kljestan has looked up to that challenge. Certainly more so than past contenders for the role have in recent years.

Will that mean a starting role for Kljestan when the U.S. heads to Columbus in November? Right now he looks like a good bet, especially when you consider his current form as well as his experience, which already includes a starting role in a World Cup qualifying win against Mexico (in 2009).

"I just want to make an impact on the game in a positive way so that when it comes the time for Mexico and Costa Rica I hope I'm in the starting 11," Kljestan said on Monday. If he shines against Cuba and New Zealand the way he did in September's friendly matches, the Red Bulls playmaker will almost certainly get his wish.