By Ezequiel Scher
While acknowledging that La Pulga and his side are a fantastic outfit, the Verde playmaker was incensed at actions and comments made by the Albiceleste superstar
Bolivia star Jhasmani Campos was left furious by Lionel Messi's Argentina cameo on Tuesday, and accused the Barcelona superstar of disrespecting his nation in the Copa America clash.

Goals from Erik Lamela, Ezequiel Lavezzi and Victor Cuesta had given Argentina an unassailable lead at halftime, with the second period notable only for the entry of Messi as he continues his return from injury.

The No. 10 whistled a free kick past the post and performed a cheeky nutmeg on goalkeeper Carlos Lampe during his 45 minutes on the pitch; but Campos, who had a tense clash with Messi on the field, was not impressed.

"He came on to make fun of us," the Bolivian player claimed to Goal after the match.

"A player of his talent should not be doing what he did. He carried out some unnecessary moves to make fun of my teammates and that is not on." 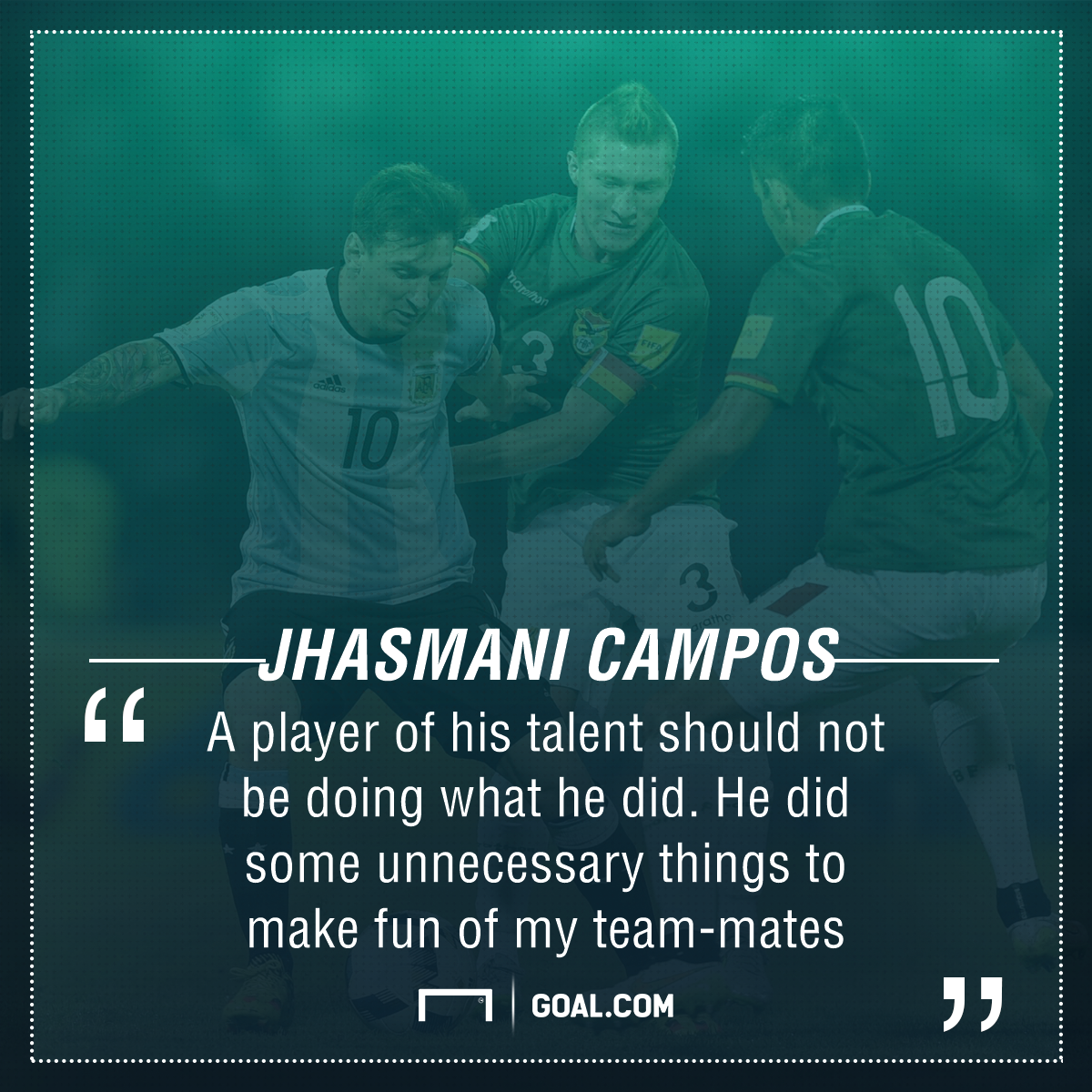 Speaking about his confrontation, Campos preferred to leave what was said on the field of play.

"It happened all so fast. I tackled him, and he got up to confront me. Then he said something I did not like," he recalled.

"I won't repeat it, it was ugly. I'd rather keep it to myself.

"I was congratulated in the dressing room afterwards, it is a question of egos. Nobody likes to be treated badly.

"But it's over, he is the best player in the world and Argentina are a great team, and I hope they do really well."
Close