By Kris Voakes
With another transfer window over, the world's biggest clubs will now focus on securing players whose contracts are up for renewal.
With the transfer window slamming shut for another season, many clubs are already looking forward to a potentially frantic summer of activity.

And while much of the work regarding incoming deals cannot yet be set in motion, movements pertaining to the host of players with expiring contracts can be made at this early stage.

Ever since the Bosman ruling of 1995, clubs of all levels have had their fingers burnt by the loss of valuable players on free transfers due to the failure to promptly renegotiate contracts, and this summer could yet see a whole host of big names find new employment without their parent club receiving a cent.

Andrea Pirlo, Victor Valdes and Nemanja Vidic are just three of the star players who could be on the move come July, with the recent announcement that Robert Lewandowski will leave Borussia Dortmund for Bayern Munich at season's end proving that the Bosman ruling remains a very powerful tool for the world's biggest clubs.

Ahead of a summer that could bring unprecedented levels of high-profile free transfers, Goal looks at the array of top players across Europe who could be on the move, giving the current state of play for each. 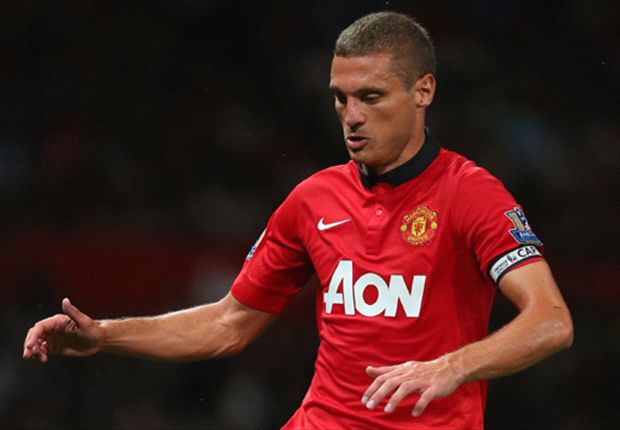 Three pillars of Chelsea's recent history are all facing uncertain times. Blues boss Jose Mourinho is keen to keep Ashley Cole for at least one more year, but at a significantly reduced rate to his current 150,000-pound-a-week deal. The player himself wants to stay, but knows he will have a lot of offers in the summer. Teammate Frank Lampard understands his days are numbered, even if Mourinho would like him to stay too. Interest from MLS may persuade the midfielder to seek out more game time.

Meanwhile, Chelsea is likely to have to match John Terry's current weekly salary of 150,000 pounds if he is to sign a new deal. Of the trio, it is the club captain Mourinho who most wants to retain, meaning the team may make extra allowances to broker a deal. Samuel Eto'o may have only signed a one-year contract as a backup player last summer, but the Cameroonian could well re-sign as a reserve to a big-name summer purchase with Fernando Torres and Demba Ba both potential departees.

Patrice Evra appears to be set on a summer mover in light of Manchester United's exhaustive search for a new left back, with Monaco having long since declared an admiration for the Frenchman. Another defender set to move on is Rio Ferdinand, who has fallen down the pecking order at Old Trafford.

Ryan Giggs' future will be decided close to this season's end, with his form and fitness dictating his next step. Whether he continues playing or not, he will almost certainly stay on at United as a coach. Nemanja Vidic's agent has already stated he is unlikely to sign a new deal, with AC Milan one admirer.

Younes Kaboul's Tottenham future will be decided depending on his form in the remainder of the season after returning from his latest injury absence, while Bacary Sagna has been in talks to extend his contract with Arsenal, though no deal has yet been agreed. Joleon Lescott looks set to take his chances in the summer after failing to secure a move away from Manchester City during the January window. 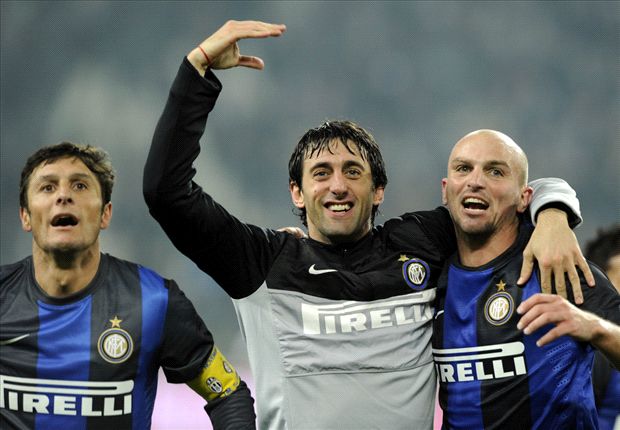 Andrea Pirlo is easily the most high-profile player with an expiring contract in Italy, but the Italy star has verbally agreed a two-year extension with Juventus with an announcement set to be made in February. The Bianconeri's only other key decision pertains to Marco Storari, who is highly likely to be kept on as Gianluigi Buffon's deputy.

Massimo Ambrosini and David Pizarro will have their situations at Fiorentina assessed at the end of the season, with Ambrosini likely to retire if no new deal is offered. The Chilean, though, would be eager to find a deal elsewhere should the Viola not want to extend his stay.

Inter has a phenomenal eight players who could leave on free transfers this summer, including some club legends. As reported by Goal recently, Diego Milito, Walter Samuel and Cristian Chivu are all set to leave, with club captain Javier Zanetti and vice skipper Esteban Cambiasso also potentially exiting.

Coach Walter Mazzarri and new owner Erick Thohir are to meet later in the season to discuss Zanetti and Cambiasso, but a decision has already been made on the former trio joining Luca Castellazzi, Macdonald Mariga and Gaby Mudingayi on the way out of the club.

Lazio looks likely to lose Miroslav Klose on a free transfer, with teams in the Premier League and Bundesliga showing significant interest regarding a summer approach. Over at Milanello, Christian Abbiati could stay on as a backup keeper, with retirement the only alternative the Italian would consider if Milan is not forthcoming with a deal. Urby Emanuelson could also be kept on, but the Dutchman is due to begin talks in the coming days, which will give a clearer indication as to where he sits in the club's plans.

Napoli will only discuss the future of Anthony Reveillere come the end of the season, with the recent signing still having some convincing to do. It is believed that any departure for Rafa Benitez will almost certainly mean the end of the Frenchman's stay in Naples. Luca Antonelli is only five months from the end of his contract at Genoa, but the club are thought to want to sign him onto a longer deal before June 30. Barcelona is set to face a major shake-up in the back this summer, with long-term No. 1 Victor Valdes having already announced his intention to leave the club when his contract ends in June. Backup shot-stopper Jose Pinto also has an expiring deal, but he could well decide to extend his stay once the current season is over. Defender Martin Montoya looks likely to sign a new contract, but there is still no official news on his future with Dani Alves cornering the right back role at present.

Atletico Madrid has a couple of decisions on its hands too, with Raul Garcia likely to sign a contract extension in the coming weeks, with the midfielder having already stated that both he and the club are happy to continue their partnership. Tiago Mendes could well leave as a free agent this summer though, having fallen way down the pecking order at the Vicente Calderon.

Mateo Musacchio may leave Villarreal, with his agent having recently claimed him to be worth 20 million euros. At Malaga, there could be exits in the cards for Carlos Kameni and Eliseu, with both enduring a downturn in form of late and no news coming from La Rosaleda regarding contract offers.

Meanwhile, Salva Sevilla's future will be decided only when Real Betis' relegation battle has been fought. Relegation will almost certainly result in a move for the midfielder.

While Robert Lewandowski has already signed a pre-contract agreement with Bayern Munich, there are plenty of other potential free transfers to come in Germany. He is likely to be followed out of Signal Iduna Park by Manuel Friedrich, who has failed to impress since being recruited as short-term injury cover.

Meanwhile, Sebastian Kehl is likely to stay on, with the midfielder and sporting director Michael Zorc having spoken of their desire to extend his current deal. He will also be considered key to the future if Ilkay Gundogan is sold in the summer. Oliver Kirch, however, is highly likely to exit the club.

Daniel van Buyten and Claudio Pizarro may miss out on the chance to line up with Lewandowski at Bayern, with the duo's futures set to be decided at the last minute according to Karl-Heinz Rummenigge. West Ham is reportedly interested in the center back and Besiktas has been linked with Pizarro, although the Peruvian has stated repeatedly that he wants to end his career at the Allianz Arena.

Borussia Monchengladbach is likely to renew Martin Stranzl's deal, while Juan Arango wants to stay but could find himself heading out of the Bundesliga altogether. Hannover striker Mame Diouf has allegedly turned down offers to renew but the club refused to sell him in the winter. Cardiff and Stoke are among the interested parties, with the Premier League likely to be his destination come July.

Hoffenheim wants Andreas Beck to renew but the right back says he would like to play in another league. Schalke has announced that Timo Hildebrand will not be offered a new contract, which could result in the former Germany goalkeeper retiring from the game.

A decision on Cacau's future at Stuttgart will be made late in the day due to his latest injury concerns, while Arthur Boka is yet to renew and has no clear option elsewhere. Werder Bremen is keen to keep Aaron Hunt, but the club needs to keep a close eye on the purse strings and there is interest from Dinamo Moscow, Besiktas and clubs in England. Meanwhile, Wolfsburg's Diego will see his contract expire once his loan deal at Atletico Madrid ends in June, with the Spanish club acknowledging it will be looking to keep the Brazilian on beyond that time. Ivica Olic is set for a year in Dubai or the USA, although there is also interest from Hamburg. 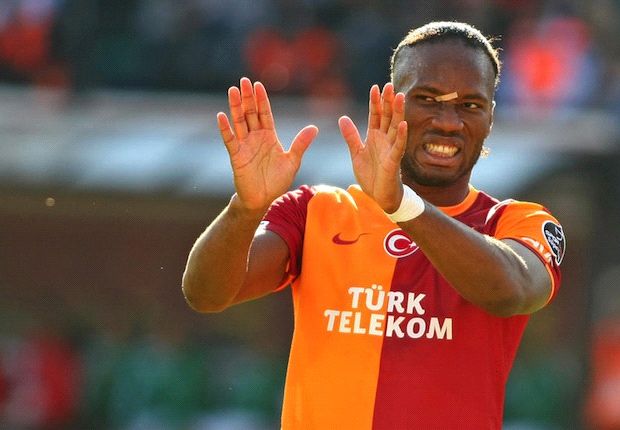 Didier Drogba is among the high-profile Bosman eligible players elsewhere, with no new deal yet agreed with Galatasaray. Santos showed an interest in the Ivorian in January, but found his wages to be out of its budget. Another ex-Premier League star is approaching a loose end too, as Eduardo's contract with Shakhtar Donetsk is set to expire. The Croatian has said he'd be happy to return to Arsenal, with the Ukrainian club unlikely to offer him a renewal.

French champion Paris Saint-Germain looks set to extend Blaise Matuidi's contract, while Jeremy Menez ruled out a January transfer in favor of attempting to persuade Les Parisiens to keep him at the club beyond June.

In the Netherlands, Christian Poulsen is almost certain to leave Ajax after losing his place to Daley Blind in the first team, while Otman Bakkal's second spell with Feyenoord is also likely to end in June following his struggle for first-team minutes this term.

Japan international Mike Havenaar could follow Wilfried Bony in leaving Vitesse. After replacing the Swansea man as a first-choice striker in Arnhem, Havenaar has yet to agree a new deal and could well be set to look for gainful employment elsewhere as a result. Teammate Davy Propper could leave after impressing this season, while Roberto Rosales has been talking up the possibility of him departing Twente in July, with clubs in both La Liga and the Premier League closely monitoring his situation.

Porto's Fernando looked set for Manchester City in January, but the move fell through late in the day. He could well still make the move to the Etihad in the summer though, with a deal between player and club already in place. Teammate Jorge Fucile also stayed put amid much speculation about a potential move to Serie A on deadline day, but he too could leave the Portuguese giants come the summer, with still no extension looking likely. Igor Akinfeev remains surprisingly short of offers, including from current club CSKA Moscow, despite his contract being five months away from expiring, while over at Zenit, Roman Shirokov has yet to reach an agreement over a new deal.
Close