By Franco Panizo
After two days of competition in New York, the FIFA Interactive World Cup was sealed in spectacular fashion by the 17-year-old Dane
NEW YORK – Defense might not win championships in video games, but last-second goals do.

Mohamad Al-Bacha of Denmark was crowned the 2016 FIFA Interactive World Cup champion on Tuesday night after defeating England’s Sean Allen in an unbelievable and dramatic two-legged final that will go down in the history books.

The two gamers with contrasting styles finished both of their matches at the Apollo Theater in Harlem in a stalemate, but Al-Bacha emerged victorious via the away-goals rule after pulling off a remarkable comeback in the final moments of the second leg.

Trailing 3-1 in the decisive fixture after a 2-2 draw in the opening match, Al-Bacha scored twice in and after the 90th minute to claim the title of world’s best FIFA 16 gamer.

His final goal came from Antoine Griezmann, and occurred in stoppage time of the second encounter between France and Brazil. The late strike not only sent Al-Bacha into a brief frenzy, but also had many of the spectators in attendance jumping into the air and cheering in disbelief. 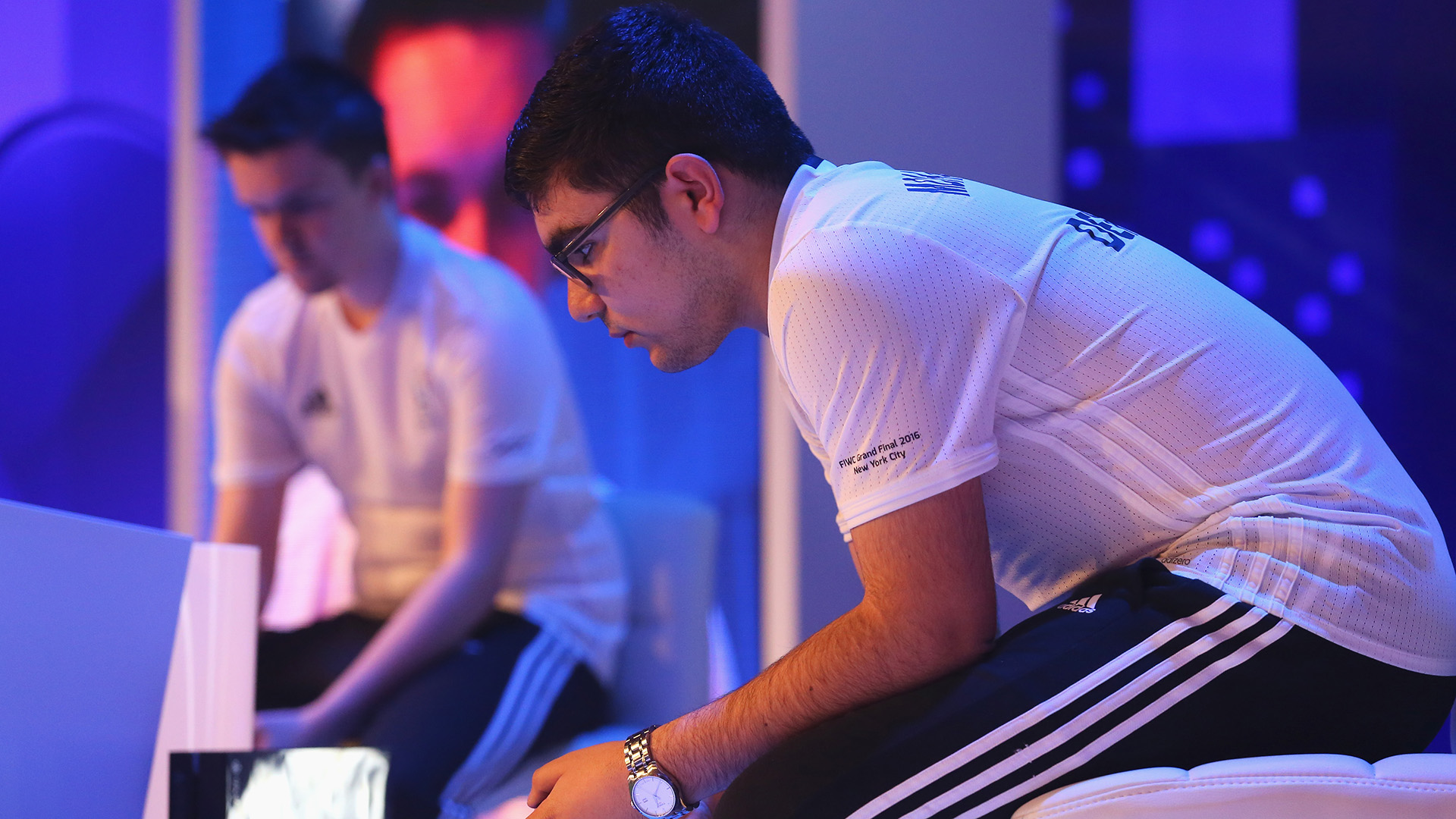 This was an insane finish, and one deserving of a championship final.

“You don’t believe it when the final whistle blows,” said Al-Bacha, who won a $20,000 grand prize, a trip to next year’s Ballon d’Or, and guaranteed place in the 2017 FIFA Interactive World Cup. “It was an excellent feeling. I was very happy, because that was my goal.”

Al-Bacha was so happy, in fact, that he jumped off the stage at the final whistle and into the arms of some friends who were waiting to greet him. Al-Bacha’s glasses fell off in the commotion, but an alert friend avoided disaster by picking them up and giving them back to the euphoric 17-year-old.

New York City FC captain and star striker David Villa then presented Al-Bacha with the crystal championship trophy, which the Dane repeatedly hoisted in the air with plenty of emotion and passion.

“As I always say, never give up,” said Al-Bacha. “No matter how far you are behind, you always have time in football.” 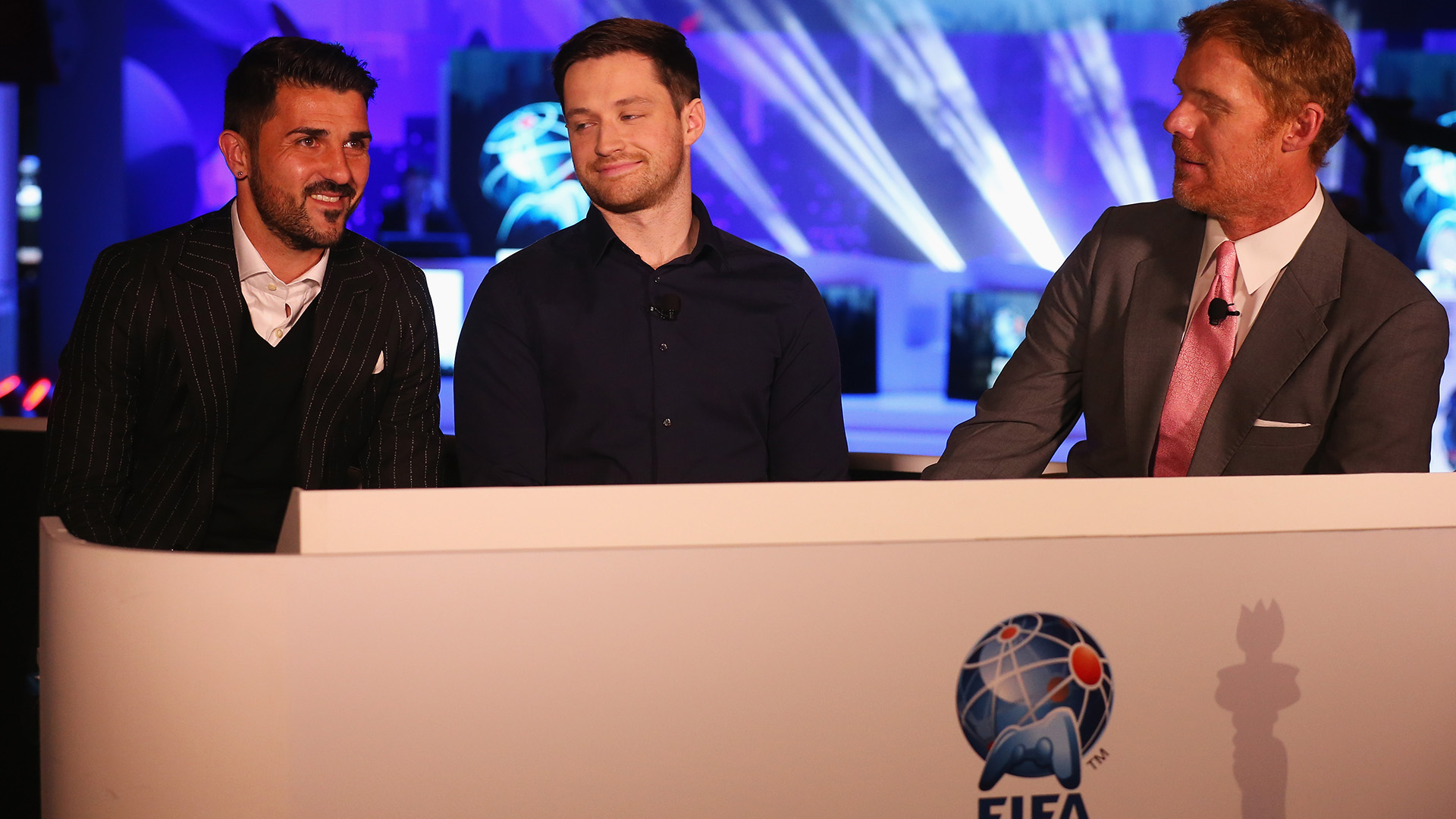 For Allen, the series was beyond demoralizing. As the higher seed, Allen chose to play on his “away” console first by picking the Playstation 4 instead of the Xbox One. The first leg finished in a respectable 2-2 draw for the Englishman after he rallied from behind twice, but he was unable to seal the deal on his preferred gaming system.

Al-Bacha initially took the lead in the final game, grabbing a 3-2 advantage on aggregate, but Allen responded with another equalizer. Allen proceeded to jump in front for the first time in the series after that, and then added an insurance goal to put the game and series out of reach.

Or so it seemed.

“I let it slip at the end,” said Allen. “Silly mistake from me on the last goal.”

It was hard to argue with that. 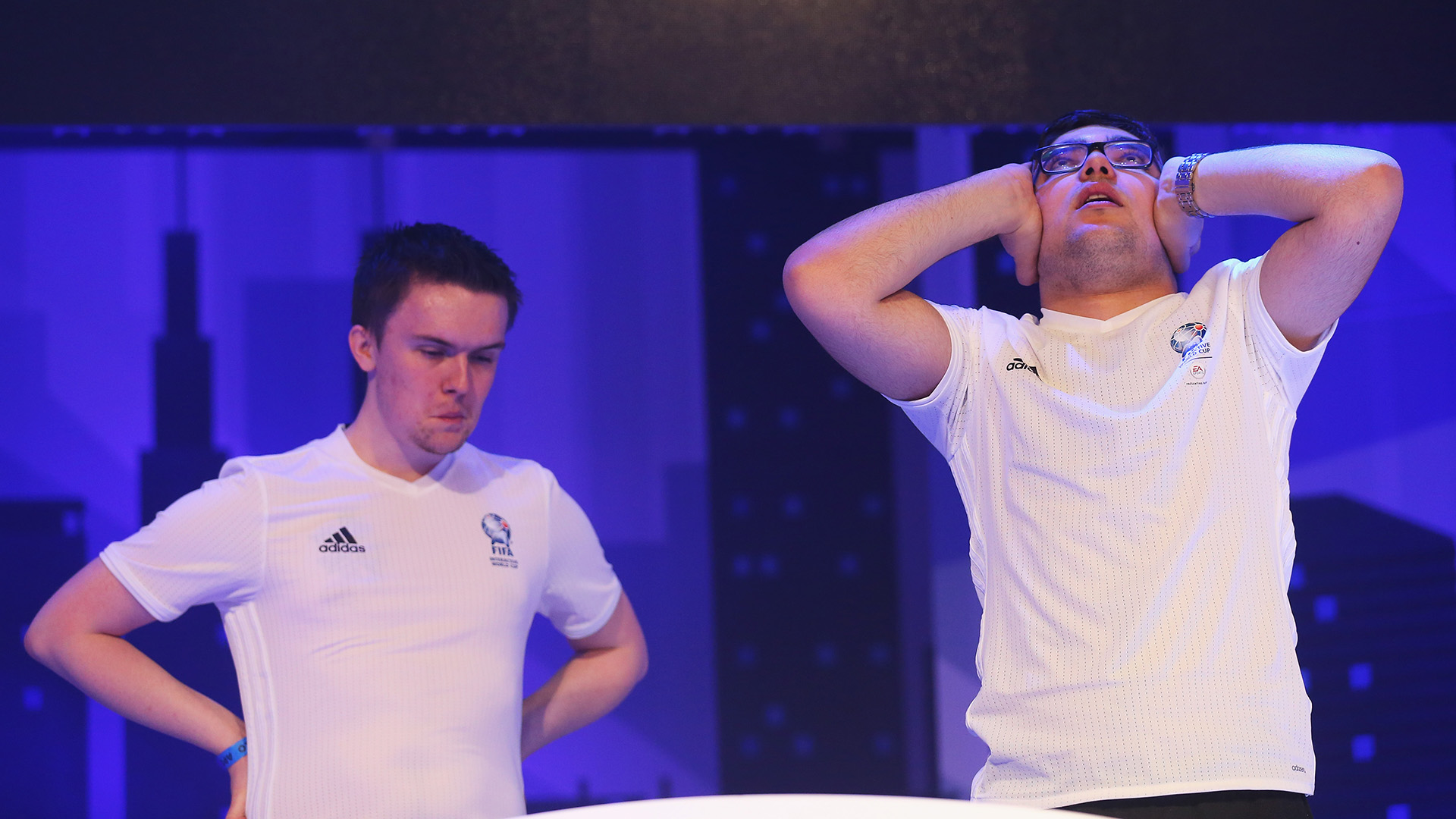 After conceding the goal that put the second leg at 3-2 and witnessing Al-Bacha switch to a 4-2-4 formation in a desperate attempt to score one more. Allen chose to leave his formation and strategy as is, but turned the ball over almost immediately after kickoff. A ferocious Al-Bacha came to the other way on a quick counterattack, and eventually found the space to fire home the winner from inside the penalty area.

The ensuing scenes were pure bliss for Al-Bacha and much of the crowd. The teenager had pulled off the unimaginable, and won a championship in the process.

“You can’t really describe it,” said Al-Bacha. “It’s the biggest achievement a FIFA player can achieve.”