According to Spanish radio station Cadena Cope, Messi was embroiled in a spat with an unnamed City player that began when the teams left the pitch at the Etihad Stadium.

Messi is alleged to have shouted, "stupid, come here and show your face, don't hide," as his adversary departed into the City dressing room. Man City has dismissed the report as completely untrue.

Aguero and Messi - who opened the scoring before an Ilkay Gundogan brace and Kevin De Bruyne free kick turned the match back around for City - are famously close friends but the City striker conceded the conversation was not flowing at fulltime.

"No, we haven't talked. Whenever you lose you're not very happy," he told reporters. "I saw him there, he was feeling bad. I know him well enough to know when he's bad, when he's good. But when you lose, nobody's good."

On the alleged fracas, Aguero said: "[I saw] nothing. I thought Messi said something to me but he didn't, and then we [the other players] talked about other stuff.

"[It was] nothing serious. I heard something but I don't know what happened. When someone loses you have to respect them. Leo wasn't in the mood to talk and I respect that."

City manager Pep Guardiola hailed Aguero's contribution to his team's comeback as "awesome", with the 28-year-old revelling in a central role having been left on the bench for a 4-0 defeat at Camp Nou a fortnight ago – a decision over which he maintains he had no qualms.

"I'm never angry. I respect every manager's decision," Aguero said. "[Guardiola] said it was a tactical thing and I obviously respect that. 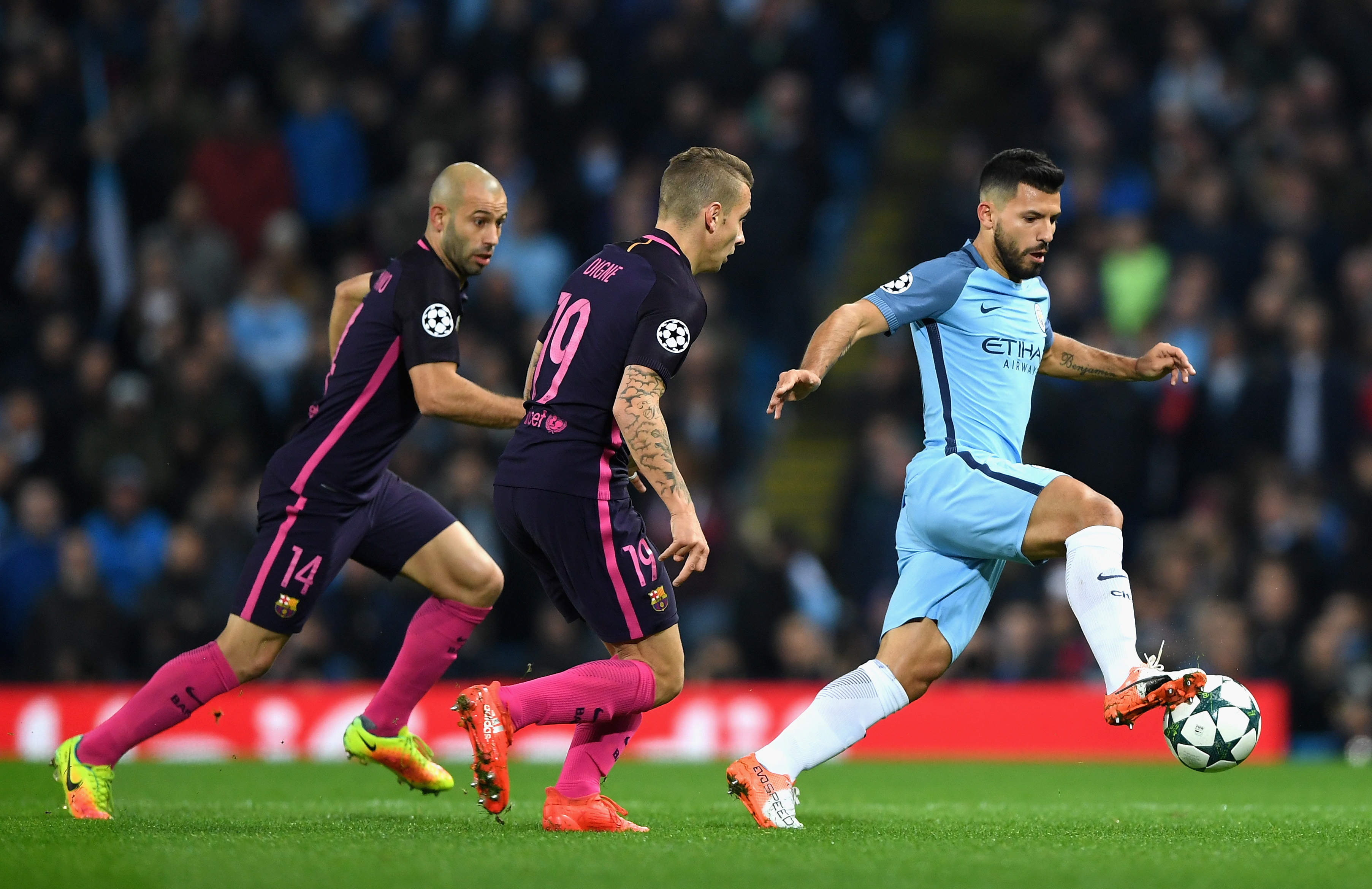 "When I went in the pitch I tried to give my best and then train hard to be ready for the next game. But no one was in a bad mood."

Indeed, spirits were high across the board among Aguero's teammates after a definitive European triumph.

"I've experienced many different important nights, and today was another one that not only me but the whole team enjoyed," he added. "We also could feel the support from the fans, and that was important for our confidence. It was a nice game for the memories."