It has been hard to know exactly what Pep Guardiola wants from Sergio Aguero this season, but there is now one simple answer: this!

Aguero was excellent against Barcelona. He did not get on the score sheet in the 3-1 win, but this was his best performance in a long time.

From the first whistle he gave the Barca defense nightmares, whether he was chasing them down when they had the ball or running at them when he had it. His passes were often pitch perfect - as was the case in the buildup to Ilkay Gundogan’s first goal - and he even set up the third by tackling Lionel Messi on the edge of his own box.

Indeed, it is not often that Aguero upstages his old friend Messi, whether they’re playing against each other or together for Argentina. And, even though Messi opened the scoring with a typically well-taken goal, it was Aguero who stole the show.

Aguero has called Guardiola “demanding” this season and it’s been plain to see why. The City boss has made a point of telling the press he wants more from his main striker. More defensive work rate, more movement when City has possession, even a better mentality, to realize his importance to the club. 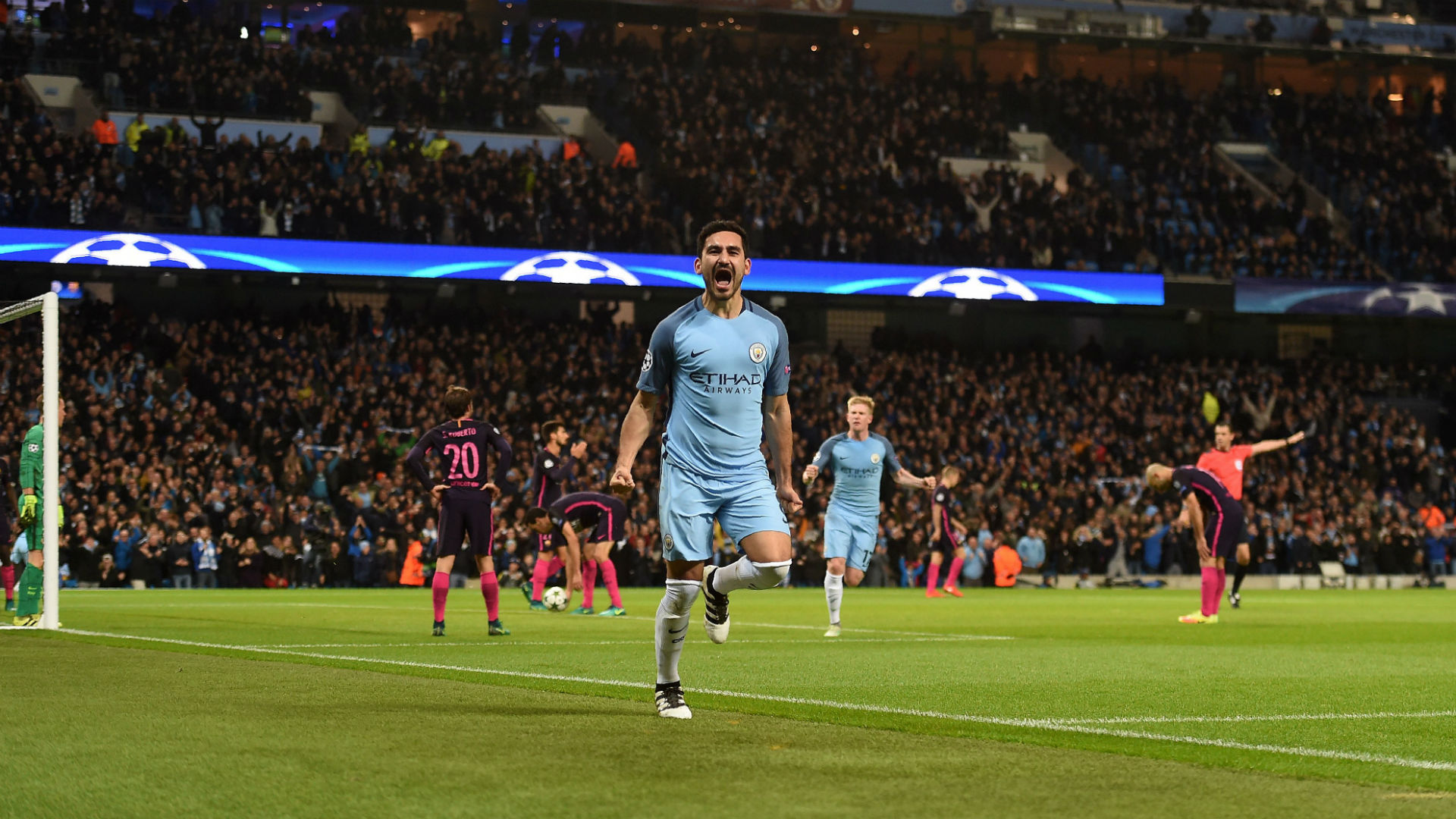 It was after Aguero scored twice at Stoke City in the second league game of the season that Guardiola first said he wanted to see much more. At West Brom over the weekend - after another double - he questioned his mentality.

Guardiola clearly believes he can get the best out of the Argentine this way, and on this evidence it has worked a treat.

On a night when City really announced itself on the European stage with its best performance to date in the Champions League, and with a number of its players stepping up to the plate, it was Aguero who led from the front.

Several of his teammates deserve plenty of credit: Raheem Sterling was a constant thorn in Lucas Digne’s side, Kevin De Bruyne’s excellent free kick to make it 2-1 more than made up for a quiet first half, David Silva pulled the strings, Fernandinho did what he has done in most games this season and ran the show, and Aleksandar Kolarov and Pablo Zabaleta provided tireless support out wide. Gundogan, of course, notched his second double in three days, arriving in the perfect positions to score decisive goals.

But Aguero deserves special praise. He has been under the spotlight for club and country this season. He said he would not be surprised if he had been left out of the next Argentina squad given his recent poor performances, and he heads into his country’s game against Brazil next week facing Gabriel Jesus, the man coming to City to challenge for his place in the side. 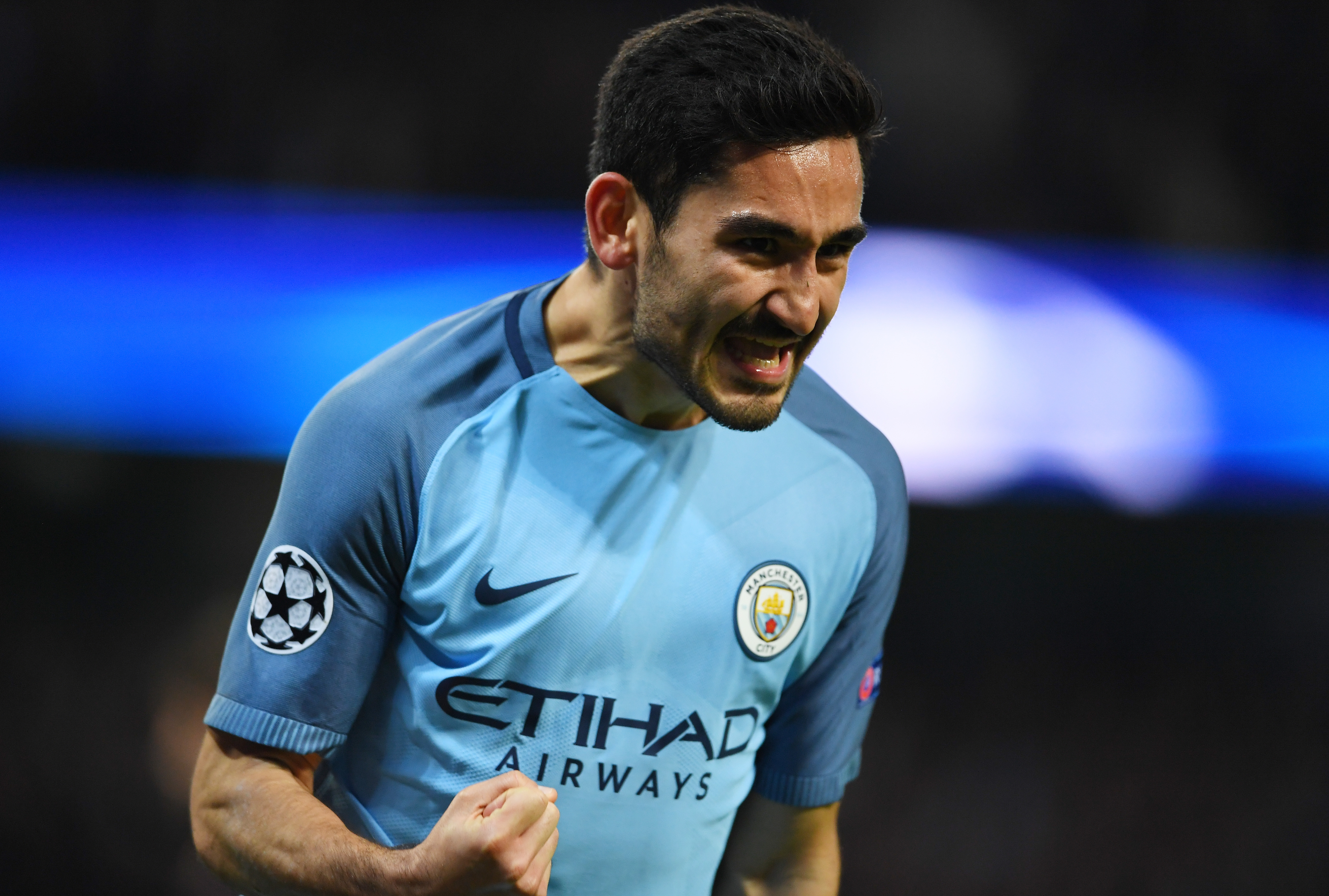 Of course, his City performances are being pored over, with Guardiola watching closer than anybody. He has kept on delivering the goals, but there still seemed to be something missing.

This was as complete a performance as he has put in this season, perhaps in any season, if we are judging by Guardiola’s standards.

In the buildup to this match, this correspondent wrote that Guardiola's message to Aguero should surely have been "watch Luis Suarez." In the event, Suarez was poor, and could have learned a thing or two from the Argentine.

This is a landmark night for Manchester City but it is also one for Sergio Aguero. He was excellent from start to finish, doing as much as anybody to ensure it was not Messi, for once, who stole the show.