Peter Staunton
The son of the Manchester United legend is growing in stature for Leicester City by the matchday while Real Madrid's opponents have a lot to learn about good behavior.

Leicester City goalkeeper Kasper Schmeichel was just a child watching from the stands as his father, Peter, won the Champions League with Manchester United at Camp Nou in 1999. It is clearly a trophy which means a great deal in the Schmeichel household and those memories have stayed with the current Denmark No.1 to this day.

"You grow up as a kid and you see all of these trophies being won and you don't realize how difficult it is to achieve," he revealed in the Leicester matchday program on Tuesday. "Now, having been there myself and having won the Premier League myself knowing what effort it took and the sacrifices made, you appreciate those types of occasions.

"The Champions League is a completely different type of thing; it's a European competition, the tournament of champions, so looking back it was an incredible thing to witness."

Leicester owes plenty to Kasper after his late save helped the club to preserve a win against FC Copenhagen at the King Power Stadium. Riyad Mahrez lit up the evening with a great goal but there would have been only frustration had Schmeichel not reached a hand to Andreas Cornelius’s late shot inside the box.

It was a miracle save and one which put Leicester in rarefied company. Only Atletico Madrid and Bayern Munich can also boast a 100 percent record after three matches like Claudio Ranieri's team can. The side is within a whisker of reaching the knockouts – a feat which was beyond Manchester United last season – with the game in Denmark on matchday four giving the Foxes the opportunity to qualify.

It's set to be Schmeichel's first-ever professional club game in his homeland. He has yet to concede a goal in the Champions League and is one of the Leicester players who is having no trouble maintaining his Premier League-winning form into this season. 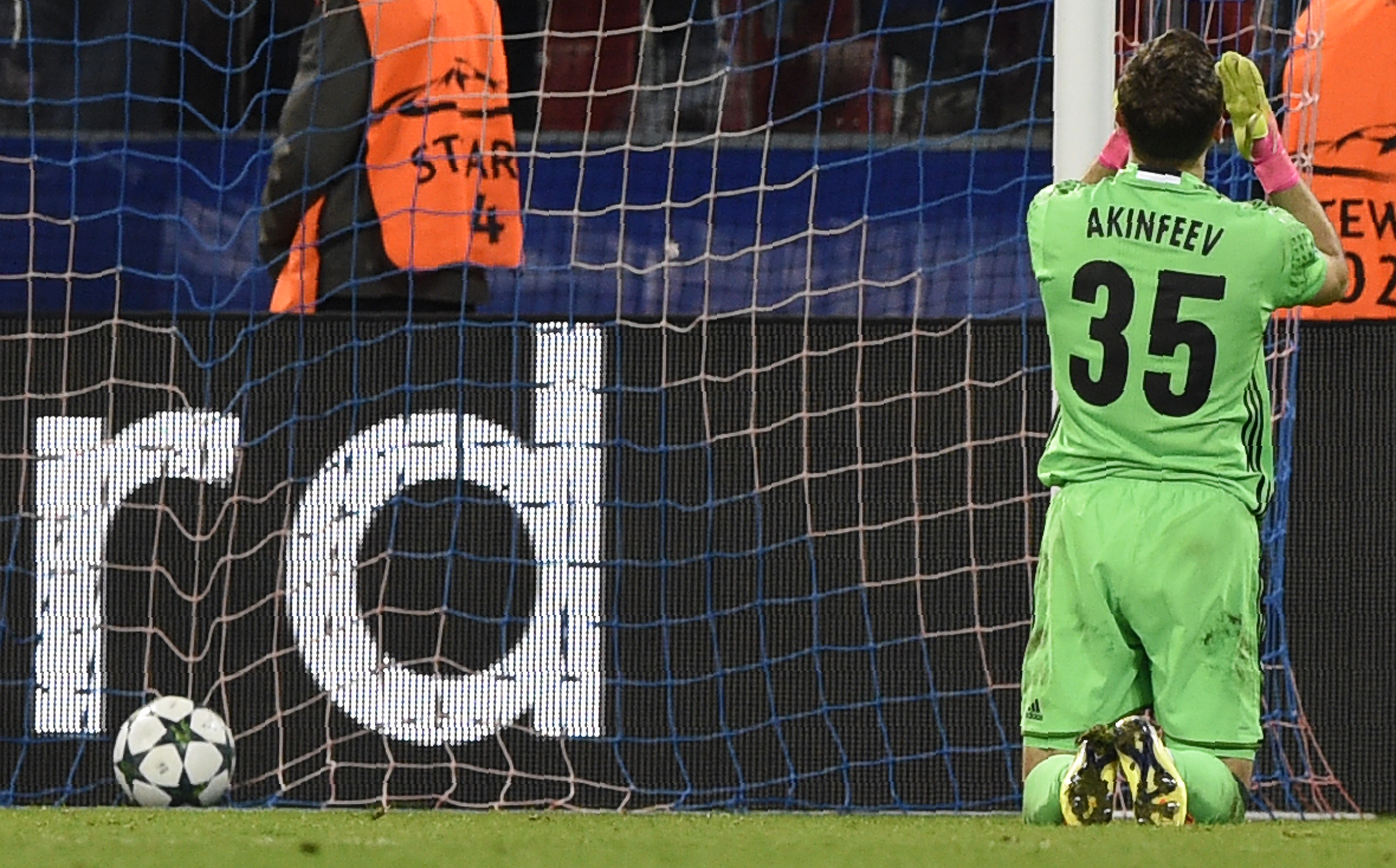 From a goalkeeper who knows nothing but clean sheets in the Champions League to one who has not had one for 10 long years. Jens Lehmann, Gilberto Silva and Thierry Henry were still in the Arsenal lineup on Nov. 1, 2006, when the Gunners were frustrated in a 0-0 draw by CSKA Moscow.

Igor Akinfeev was in goal that night but has been waiting since then for his next clean sheet in European football's top competition. He was three minutes away from doing exactly that before Bernardo Silva curled a left-footed effort past him for Monaco which rescued a late draw in the Russian capital.

Lacina Traore – on loan from Monaco – had given the Army Men the lead and Akinfeev did everything in his power to preserve the three points. As far as goalkeeping performances go, you won't see many better than it.

"The CSKA goalkeeper was outstanding," Monaco boss Leonardo Jardim said. "He saved certain goals on two or three occasions." It was not enough to gain the win, though, as Monaco came on strong late in the day.

Akinfeev does not only need clean sheets to break his own personal hoodoo, though; CSKA is winless with only two points and needs to start adding wins if the club is to remain in the Champions League or – indeed – European football at all beyond Christmas. 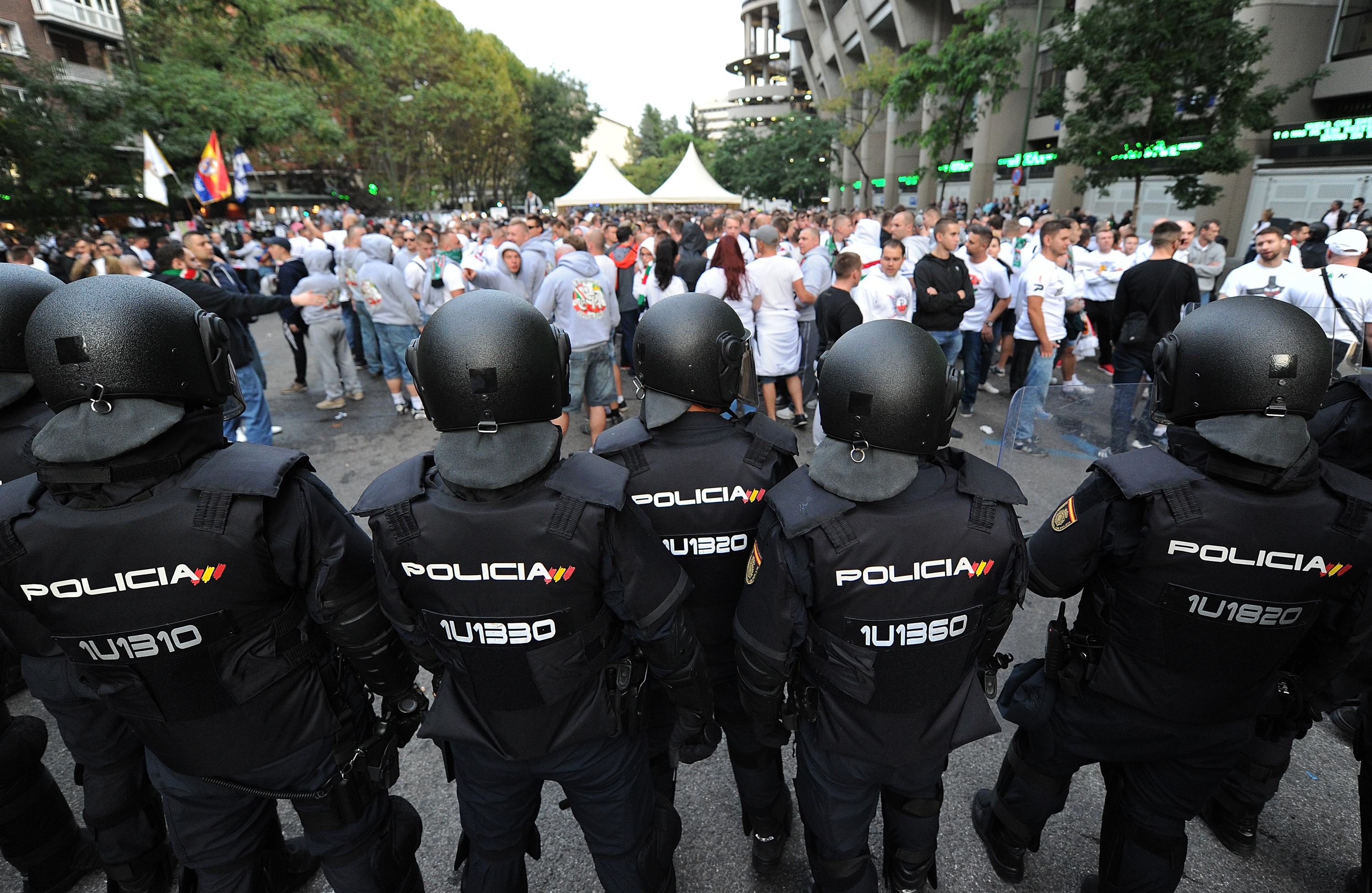 Legia Warsaw was already facing the prospect of playing against Real Madrid on Nov. 2 in an empty stadium due to the actions of fans during the game against Borussia Dortmund on matchday one.

Legia ultras actually used pepper spray against stewards inside the stadium during the 6-0 defeat and UEFA charged Legia with setting off of fireworks, throwing of objects, insufficient organisation, racist behavior and blocking stairways. The charge for racist behavior was ultimately dropped.

You might think that the shame of having cost tens of thousands of fellow supporters the chance to see their team take on Cristiano Ronaldo and Co. in the flesh would mean an end to misbehavior. Not for a second.

Legia's bonehead brigade was back at it at the Santiago Bernabeu on Tuesday night, which culminated in 12 arrests as well as five fans and two police needing medical treatment.

The game had already been tagged as "high-risk" by Spanish authorities and clashes between Polish ultras and police began before kickoff. Legia fans pelted cops with bottles while theft of food and merchandise from stalls around the stadium was also reported. There were skirmishes between the fans and a heavy police presence outside the ground with rubber bullets being fired.

There was no fighting reported between rival sets of fans and the furore had largely died down by kickoff. Legia, though, will probably fall foul of UEFA's rules yet again. In many ways, it's a good thing for the competition that the club won't make it through to the knockouts. That sort of mindless behavior has no place at the top level. A sensational away-day win from the Turkish champion continued an unbeaten start to the season and denied Napoli the chance to qualify for the knockout rounds after only three games.

Vincent Aboubakar – the Cameroonian on loan from Porto – scored twice to add to Adriano's strike while Napoli counted the cost of a missed Lorenzo Insigne penalty.

Besiktas has discovered a resilience in the competition this season that was beyond it in previous years. The club followed up draws with Benfica and Dynamo Kyiv with the unlikely win at the Stadio San Paolo and looks a good bet to progress.

Napoli, meanwhile, goes from crisis to catastrophe. Without record signing Arkadiusz Milik due to injury, the club has slumped to three consecutive defeats to leave Maurizo Sarri under pressure. 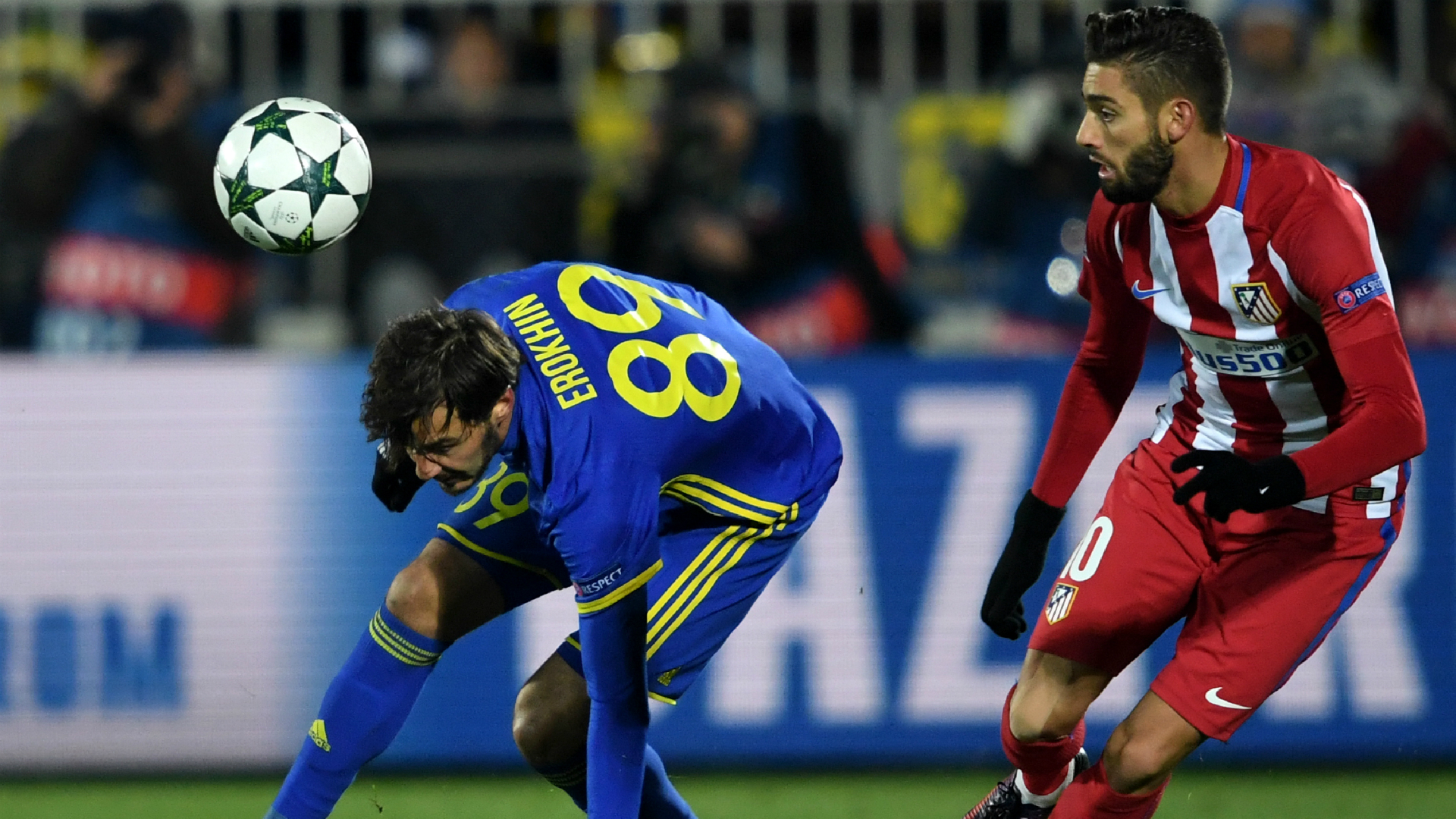 Three games, three wins, three goals, three clean sheets. Atletico Madrid is nothing if not consistent. The latest win in the Champions League was by no means a classic but it was enough to end Rostov's 26-match unbeaten run at home.

Yannick Ferreira Carrasco was again the man to make the difference, as he was on matchday two against Bayern Munich. The Belgian winger is in sensational form after scoring a hat trick against Granada at the weekend in La Liga.

"It was hard with the cold, the pitch, their closed setup but we got the job done," he told the press. "We go game to game; we have nine points but we're just looking to the next game. We want to win them all. I'm very happy to score again tonight. I want to score more but the most important thing is that side got the three points."

There has traditionally been that defensive solidity about Atletico under Diego Simeone but, with Carrasco and Antoine Griezmann, they again possess world-class attacking talent up front.

Barcelona will no doubt command the headlines but it suits Simeone to work in the shadows. The club will be there for sure come the end or else have its run ended by the team that wins it.

For organisational discipline and efficiency, there isn't a better team in Europe.