Mark Doyle
The 38-year-old cemented his status as the greatest goalkeeper of all time by saving a penalty and making two other stunning stops to help earn 10-man Juventus a 1-0 win in Lyon.

Reports of the demise of Gianluigi Buffon were exaggerated. "It’s fun when people want to hold your funeral and then you prove them wrong,” the Juventus captain admitted before his side's Champions League clash with Lyon. "I live to make them eat their rash words." Wednesday's game in France was thus another life-affirming experience for the evergreen 38-year-old.

It had been feared ahead of the trip to France that time had finally caught up with the Italy international, with his hapless air-kick against Spain during the international break having been quickly followed by a haphazard attempt to keep out Jakub Jankto's shot in Saturday's 2-1 win over Udinese.

Bianconeri boss Massimiliano Allegri leapt to his skipper's defense. "Gigi plays 50 games per year," he pointed out. "He can make half a mistake every now and then."

Miralem Pjanic, meanwhile, made a bold proclamation on the eve of his return to Lyon. "He’ll make the difference tomorrow and prove he’s the world’s No. 1," the Bosnian declared. Even Pjanic, though, couldn't have imagined just how right he would be.

Despite a bright start, Juve gradually lost control of its third fixture in Group H and conceded a penalty 10 minutes before the break when Leonardo Bonucci wrestled Champions League debutant Mouctar Diakhaby to the floor right in front of referee Szymon Marciniak.

The Pole promptly pointed to the spot and Lyon's supporters celebrated the decision wildly, confident that the fit-again Alexandre Lacazette, who had hit six goals in his first three Ligue 1 games of the season before being sidelined by a thigh injury, would convert with ease.

However, Buffon guessed right and produced an excellent one-handed stop to deny the France forward. Remarkably, there was even better to come from a man who made his professional debut 21 years ago. 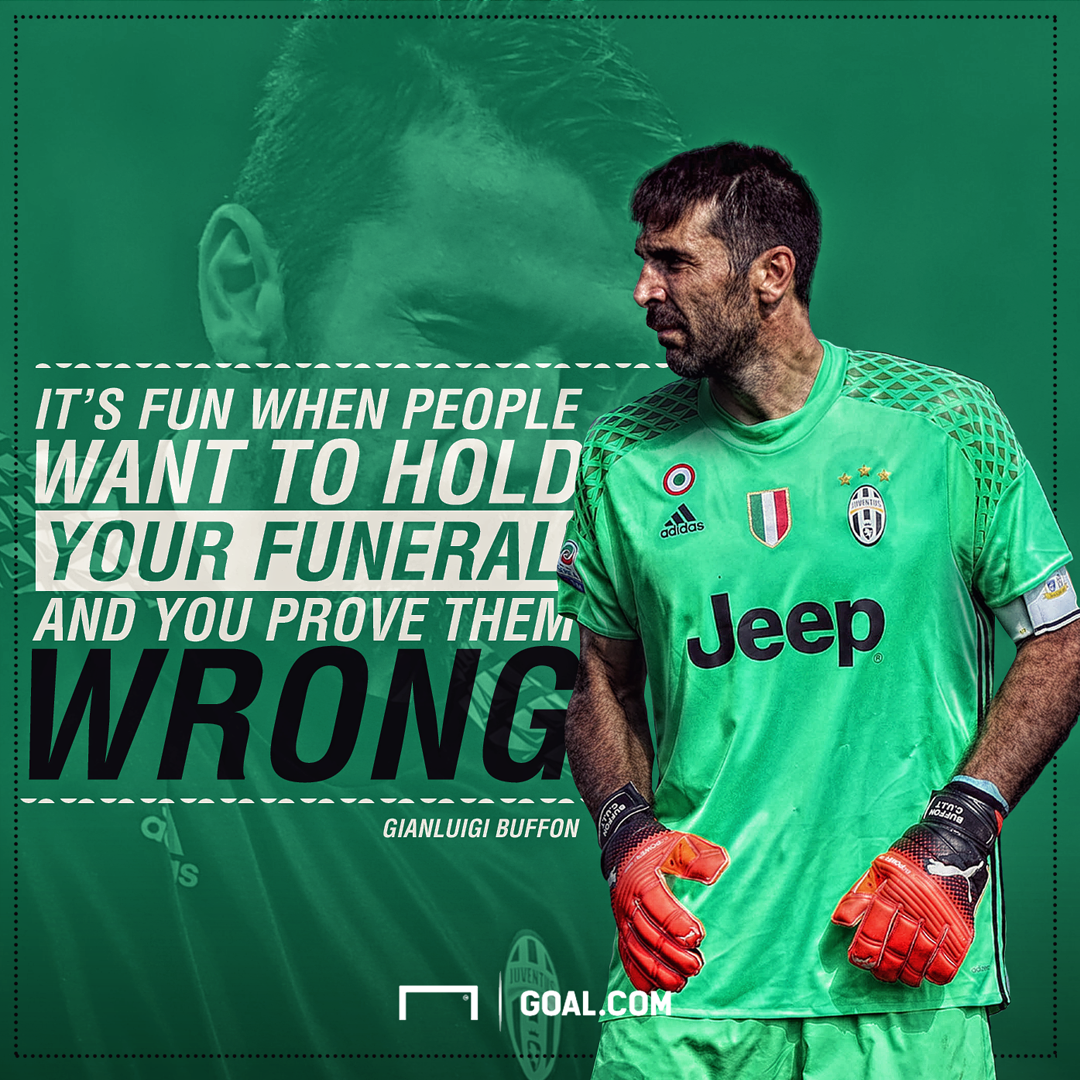 Five minutes after the break, Nabil Fekir cut inside Andrea Barzagli and unleashed a shot that deflected off Leonardo Bonucci's outstretched foot. Buffon was thus going the wrong way when he stuck out his right arm and somehow diverted the ball over the bar. It was the kind of save that has to be seen to be believed; the full brilliance of which is only truly discernible courtesy of a slow-motion replay.

Buffon wasn't done there, though. With his side reduced to 10 men following the dismissal of Mario Lemina for a second yellow card, the world's most expensive goalkeeper produced another minor miracle with a point-blank range stop with his feet from Corentin Tolisso's header.

Just five minutes later, Juan Cuadrado put Juventus in sensational fashion, the Colombian winger bamboozling Jeremy Morel with his fancy footwork before firing home from an incredibly acute angle. In truth, goalkeeper Anthony Lopes had been at fault for leaving his near post exposed.

However, goalkeepers make mistakes sometimes. As Buffon once again proved, though, it's how you respond to them that matters. As the banner promptly produced by Juve fans after Saturday's loss to Udinese read: "Even Superman is just Clark Kent sometimes. Gigi, you're our superhero forever."