By Chris Davie
The Portugal international hit his third hat trick of this season's competition to fire Real Madrid past Wolfsburg and into the semifinals.
Who said Cristiano Ronaldo was past his best?

The Portugal international rode to Real Madrid's rescue once again as his hat trick secured a 3-2 victory over Wolfsburg to fire the Spanish club into the Champions League semifinals.

And in the process, the 31-year-old set two Champions League records.

He his hat trick was his third in the competition this season - no other player can match that - nor can anyone else say they have scored 15 or more goals in the Champions League in two different campaigns. 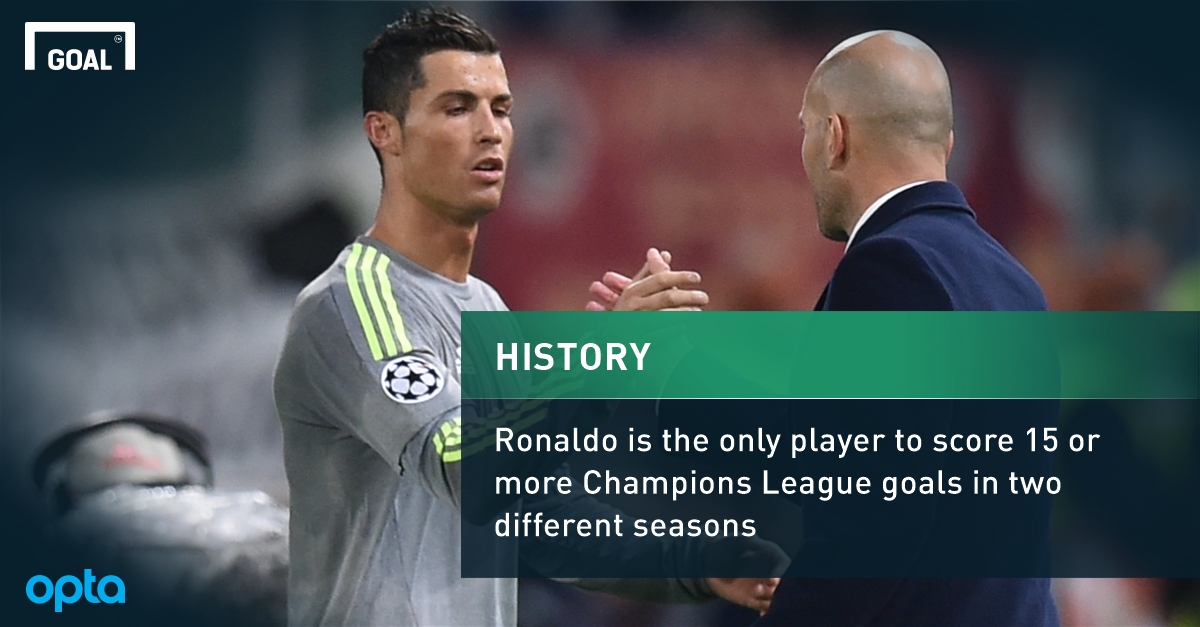 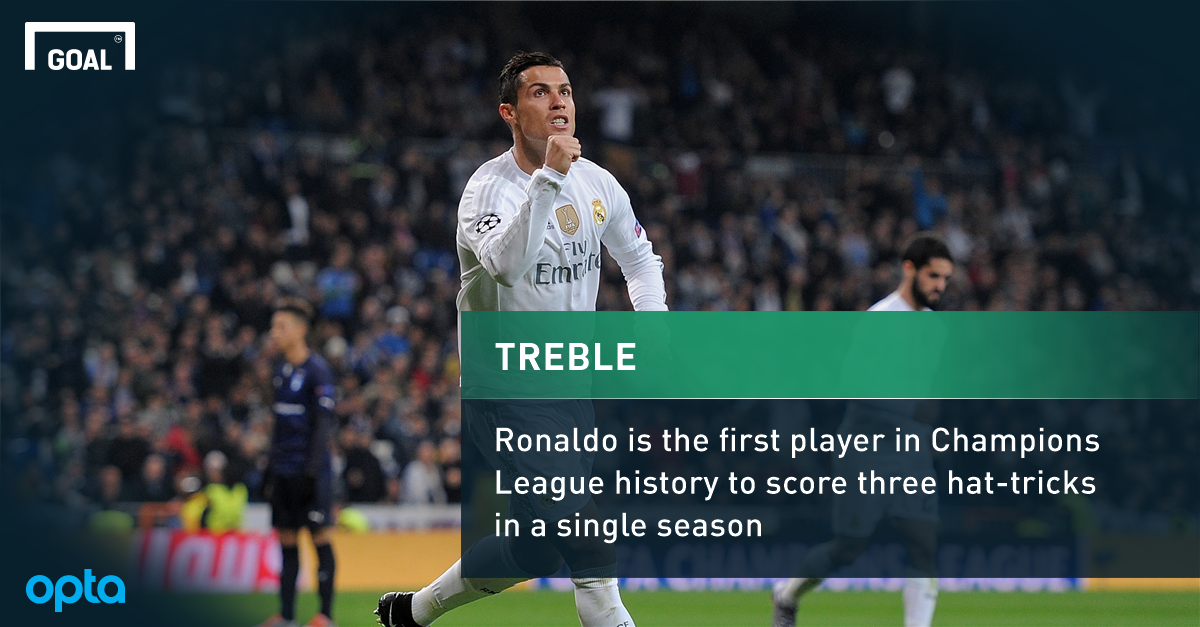