Jon Arnold
The series heads to El Volcan level, but the complexion of the final has changed with Tigres' talismanic striker in serious doubt for the deciding game.

Andre-Pierre Gignac changes games. That much was clear in the 45th minute of Thursday's match against America. Tigres hadn't had much attack in the first leg of the Liga MX final, and America had been the better team at the Estadio Azteca.

Then, defender Bruno Valdez slipped as he approached midfield, allowing Gignac to pounce on the ball. He darted past Paolo Goltz and another defending America player before putting the ball under goalkeeper Moises Munoz's legs and into the back of the net for the opener. There had been no help, though a teammate did ultimately make a futile back-post run that most players probably would've used rather than Gignac's audacious, and successful, shot.

That's why when Gignac left the field on a stretcher and went straight to the locker room with an injury suffered in the 72nd minute, the entire complexion of the second leg changed.

After the match, Tigres doctor Ruben Gonzalez told reporters Gignac sufferend a neck sprain along with a head injury, with a team news release early Friday confirming the neck sprain and saying Gignac is in doubt. The first leg already had been equalized thanks to Valdez's goal from a corner kick, and we're headed to the second leg with a 1-1 scoreline. How the second leg goes will depend quite a bit on whether the Frenchman is able to play, something highly in doubt after Gonzalez's initial diagnosis. Coach Ricardo "Tuca" Ferretti wasn't panicking after the contest. 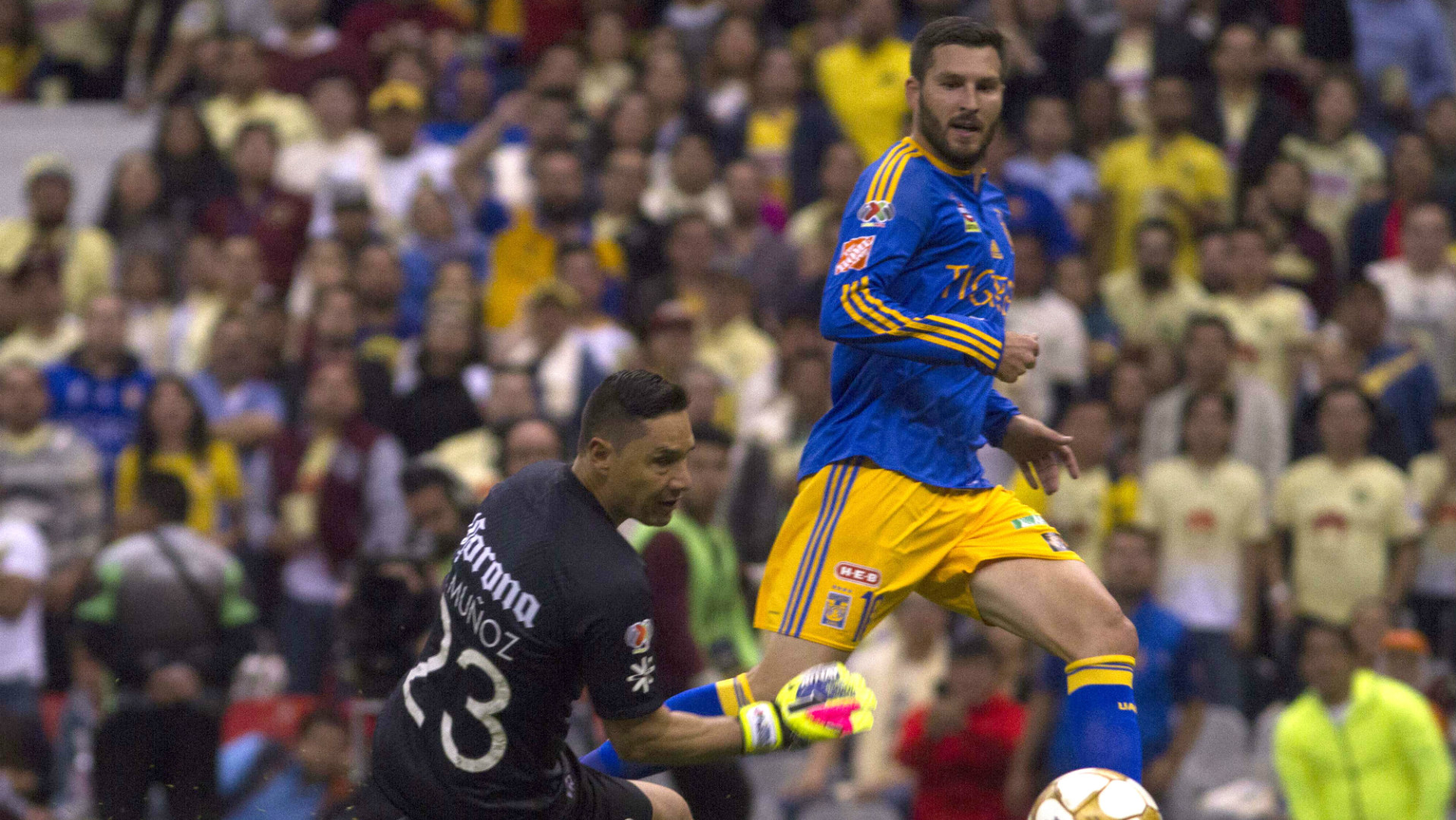 "I worry about all my guys, and Gignac is one of them," Ferretti said in the post-match news conference. "I'm hoping for positive news."

It's not that Tigres don't have other attackers who can score goals. Ismael Sosa, Jurgen Damm and Javier Aquino are threats from the wing. Andy Delort, who replaced his countryman, is capable of scoring, though he hasn't had the kind of minutes you'd want your starter in the second leg of a final to have during the regular season. But any team losing its best player, and certainly a team losing a player who has now scored in the last four matches (with six goals over that spell thanks to a hat trick in the second leg of the quarterfinals) is going to change things.

Even if Gignac isn't healthy enough to play the second leg, America will need more chance creation to get an away goal and lift the trophy. Too often during the match it was Rentao Ibarra against the world, with the Ecuadorian winger able to play the ball forward while other America attackers were only able to retreat toward Munoz's net. Traditionally, this is where Rubens Sambueza has shined, but the left-footed playmaker hasn't looked the same since returning from the left leg injury he suffered in the first leg of America's quarterfinal against Chivas.

Ricardo "Tuca" Ferretti's team may play more open in front of a supportive crowd at El Volcan, but it's difficult to beat Tigres' defense. Though there were chances, including a missed Oribe Peralta penalty that looked like a gift from referee Paul Delgadillo, but Nahuel Guzman made the necessary saves, thwarting the half-chance America had in the opening portion of the match. 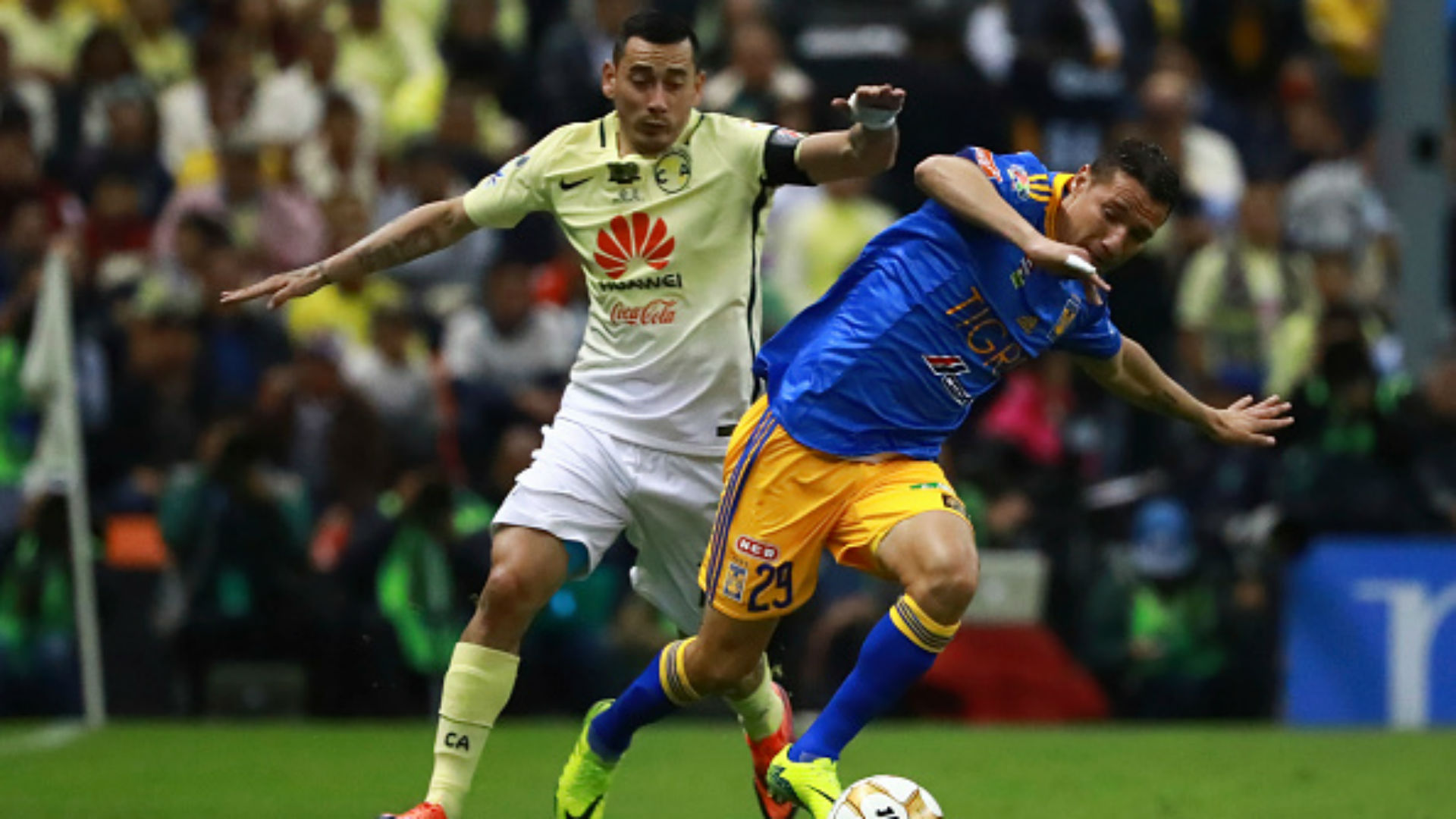 America boss Ricardo La Volpe will be well aware that his team was a bit wasteful. Though it controlled the first leg, it didn't do everything it could've to see off the series. Valdez's set-piece goal, which he poked in after Pablo Aguilar got his head to a corner kick, is one example of a place where Tigres can beaten. The team will need to find more of those opportunities in the second leg to lift a record 13th championship trophy, though its task will be easier if it doesn't have to worry about the league's best forward capitalizing on any mistake at the other end.