By Cory Collins
USWNT stars Carli Lloyd, Becky Sauerbrunn, Alex Morgan, Megan Rapinoe and Hope Solo have put their names on what could be a historical complaint against U.S. Soccer.

The stars of the World-Cup winning U.S. women's national team — arguably the most visible female athletes in 2015 this side of Serena Williams — cemented their pioneer status in a potentially historical complaint against U.S. Soccer.

Five women's soccer stars formally attached their names to a federal complaint filed Thursday. A complaint sent to the Equal Employment Opportunity Commission that charges U.S. Soccer with wage discrimination in the wake of U.S. Soccer releasing a budget which, on the surface, appeared to heavily favor the men's team despite the two team's disparate standings in world soccer.

This is a star-studded group putting their names on the complaint. Carli Lloyd, Becky Sauerbrunn (both captains), Alex Morgan, Megan Rapinoe and Hope Solo are all formally involved in the complaint, though they do so on behalf of the entire team.

"The pay disparity between the men and women is just too large," Lloyd said on "The Today Show" on Thursday morning. Lloyd won the Golden Ball as the best player of the Women's World Cup in 2015 after scoring six goals in the tournament and three in the title match.

The complaint alleges that the U.S. women's team, despite achieving much more success and visibility than their male peers, continue to earn lesser wages — a discrepancy that coincides with questionable dispensing of per diems and unfair practices in handing out bonuses.

"Recently, it has become clear that the Federation has no intention of providing us equal pay for equal work," said Rapinoe in a press release. 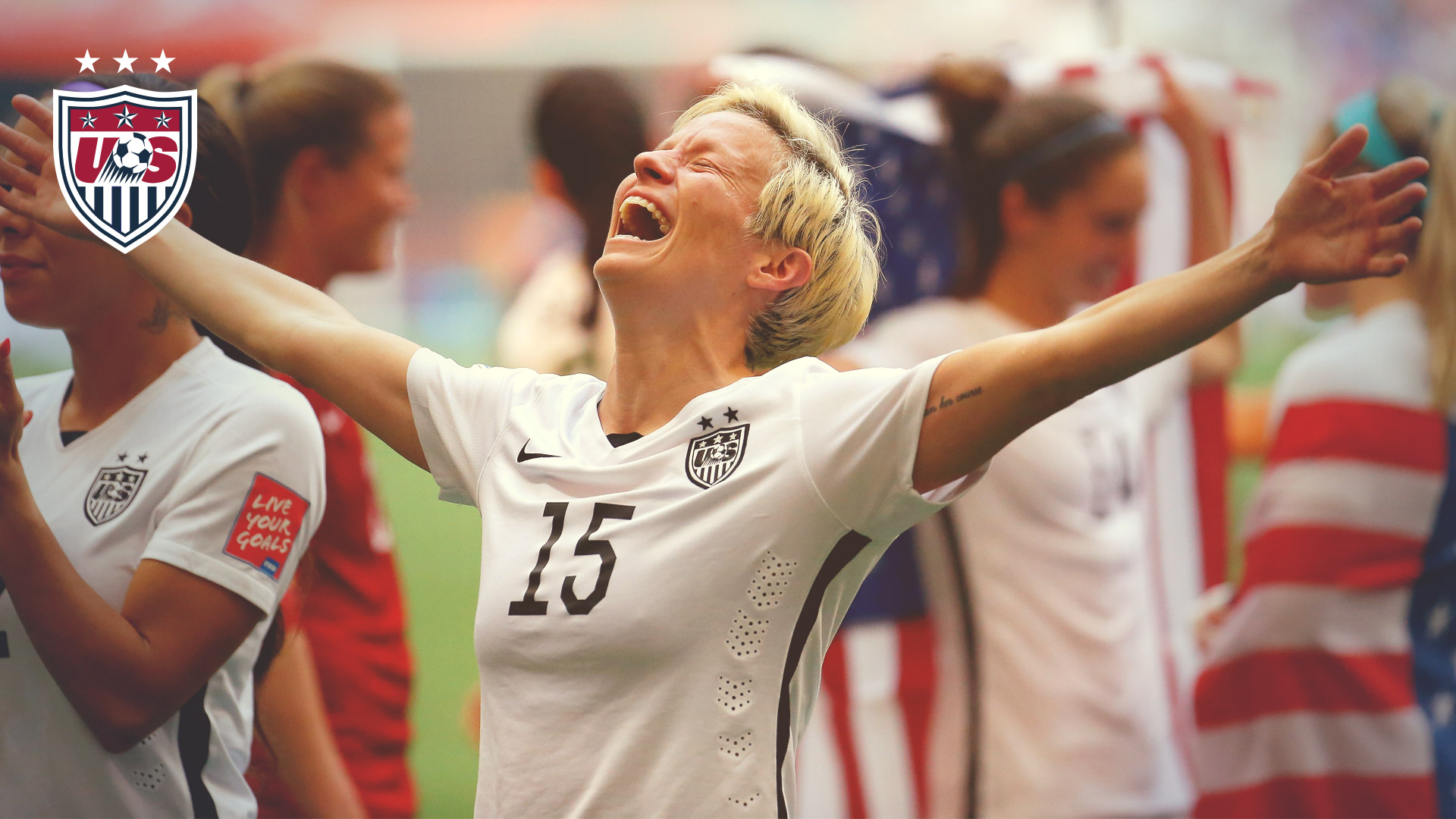 This momentous filing comes after months of contention between soccer's American governing body and its women's squad. Beyond an ongoing and obvious disparity between the travel arrangements made for the men and the women, USWNT stars felt they couldn't even find fairness on the field. A match was canceled in Hawaii due to unplayable pitch conditions, and things weren't much better at the SheBelieves Cup.

Hope Solo was vocal then, and she remains vocal now. Her simple, but potentially impactful message on The Today Show Thursday:

"We continue to be told we should be grateful just to have the opportunity to play professional soccer, to get paid for doing it. In this day and age, it's about equality. It's about equal rights. It's about equal pay. We're pushing for that. We believe now the time is right because we believe it's our responsibility for women's sports and specifically for women's soccer to do whatever it takes to push for equal pay and equal rights. And to be treated with respect."

According to the New York Times — which provides a detailed breakdown of the complaint — one of the most startling wage disparities comes in the form of bonuses, where men receive as much as $16,000 more for a win in an international friendly.

The complaint, avoiding U.S. Soccer's easiest argument that FIFA (itself an organization with a history of sexism) pays out more money for men's teams, appears to hone in on earnings beyond FIFA's fiefdom, a la sponsorships and U.S. Soccer's payouts.

U.S. Soccer will almost certainly rest much of its case on the fact that compensation is collectively bargained, especially after suing the union representing women's players in an attempt to make sure the current agreement is upheld.

"We are committed to and engaged in negotiating a new collective bargaining agreement that addresses compensation with the Women's National Team Players Association, to take effect when the current CBA expires at the end of this year," U.S. Soccer said in a statement. "U.S. Soccer will continue to be an advocate on the global soccer stage to influence and develop the women's game and evolve FIFA's compensation model."

Meanwhile, the beautiful game has become a visible battleground in a nationwide war for equal pay for equal work — or, in this case, equal pay for achievements far beyond the men's team's reach.