TORONTO — Anyone who spotted Sigi Schmid at BMO Field on Saturday night might have wondered aloud just why a coach who was fired at midseason would attend the championship game of his former team. Well, along with having been invited, and also likely feeling an attachment to players and coaches he knows so well, Schmid was there to root for the team his son played a major role in building.

Kurt Schmid is the Sounders' head scout, and that title doesn't do justice to the significant role he played in building the 2016 roster. The 34-year-old is tasked with heading up Seattle's international scouting operation and college scouting system. It was Kurt Schmid who fought for Seattle to trade up and draft standout midfielder Cristian Roldan in 2015, and it was Kurt Schmid who, along with sporting director Chris Henderson, helped identify Nicolas Lodeiro. It was also Schmid who played the biggest role in adding one of the biggest stars of Saturday's cup-winning performance.

Frei makes save for the ages to help Sounders

"We were deciding at one point on who to put and keep on our Discovery List," Sounders general manager Garth Lagerwey told Goal USA . "We were between two center backs. One in Ecuador and one in Colombia, and Kurt won the argument and we protected Roman Torres. We later signed him and that one worked out alright."

Worked out is an understatement, as Torres played the best game of his time as a Sounder and converted the MLS Cup-winning penalty kick, sparking celebrations that ran long into the night in Toronto and have since carried back to Seattle.

As the beer and champagne flowed in the bowels of BMO Field on Saturday night, Kurt Schmid cut a muted figure alongside the rest of Seattle's technical staff. Clearly proud of the work he and his colleagues had done to help build the Sounders into a champion, he was also understandably somber about the person who wasn't there to celebrate a title nine years in the making.

"Winning a championship is fantastic, but I’d be lying if I didn’t say it was a little bit bittersweet," Kurt Schmid told Goal USA after Saturday's final. "I thought that (my father) would be here with me for this, and that he would be a part of this, but he was a part of this in the end, but obviously what happened this summer changes the dynamic a little bit.

"I’m ecstatic, but at the same time there’s a little tinge of I wish he was in the locker room with us as well right now like when we celebrated the Open Cups and the Supporters’ Shield."

It might come to the surprise of many that Kurt Schmid is even still on the Sounders staff considering his father was dismissed back in July, but after discussing it with his father, Kurt made the decision to stay and continue the work he was doing in a role that is far more important than people realize.

"He and I had a talk about it obviously when everything happened. It’s obviously difficult to shift the focus from what he was going through at the time to what I had to do," Kurt Schmid said. "He was very supportive of me staying.

"Again, my whole time in Seattle my goal was to not make my job dependent upon my father, and I think I was successful with that, at least I’d like to think I am," he added. "Me staying on was just more about this is my job and what I’m doing, and I wasn’t here just because my father was the coach." 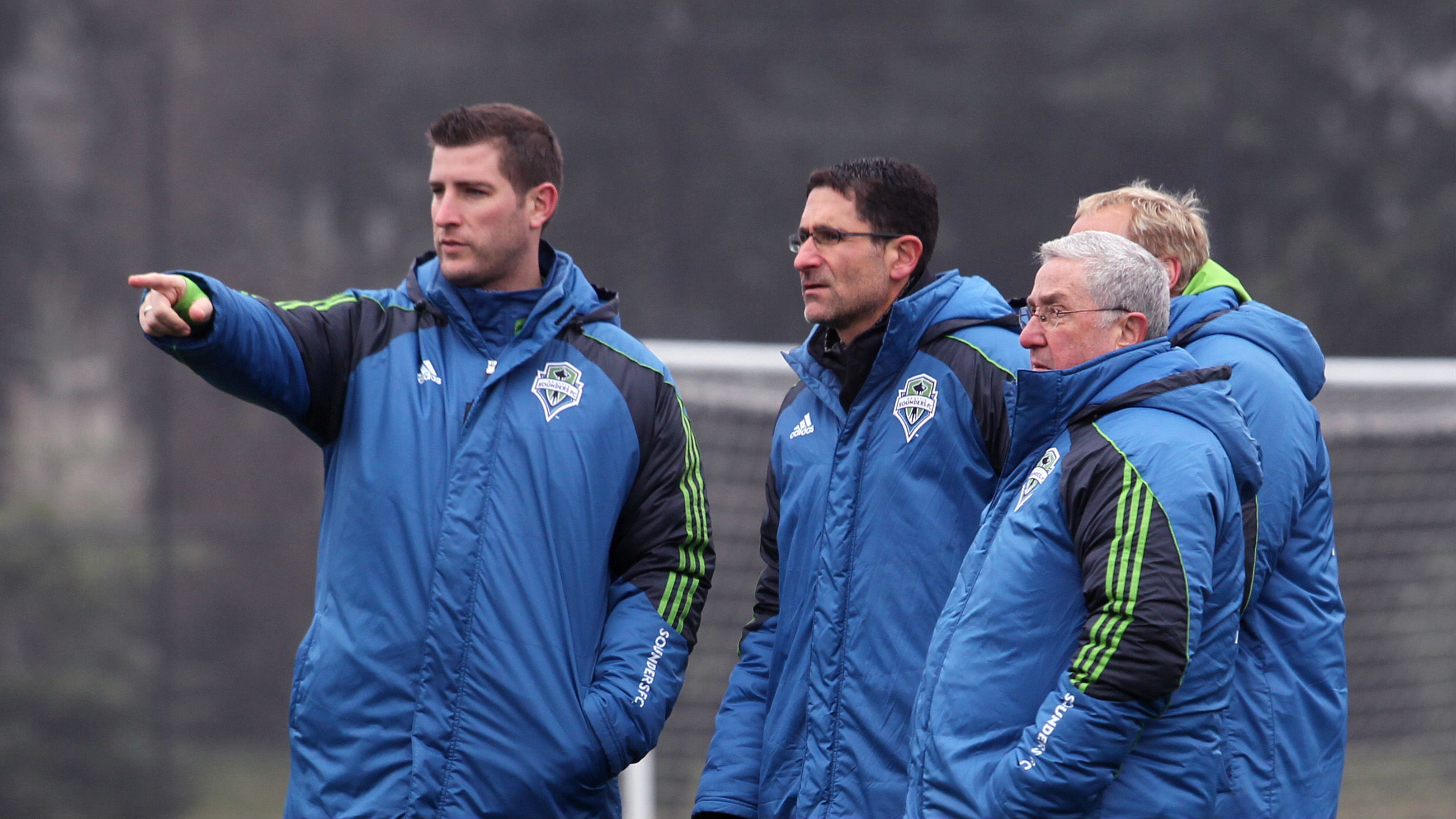 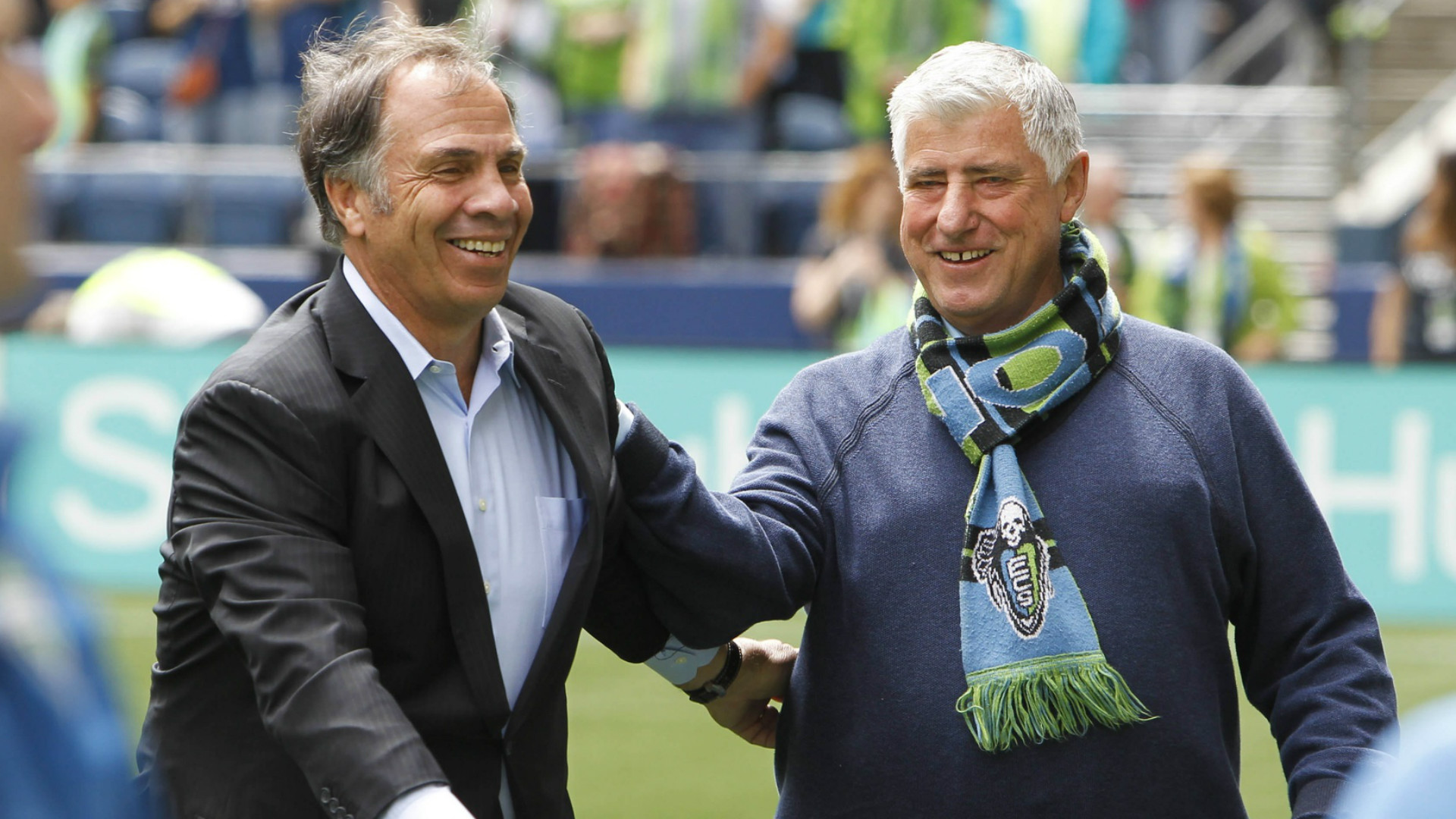 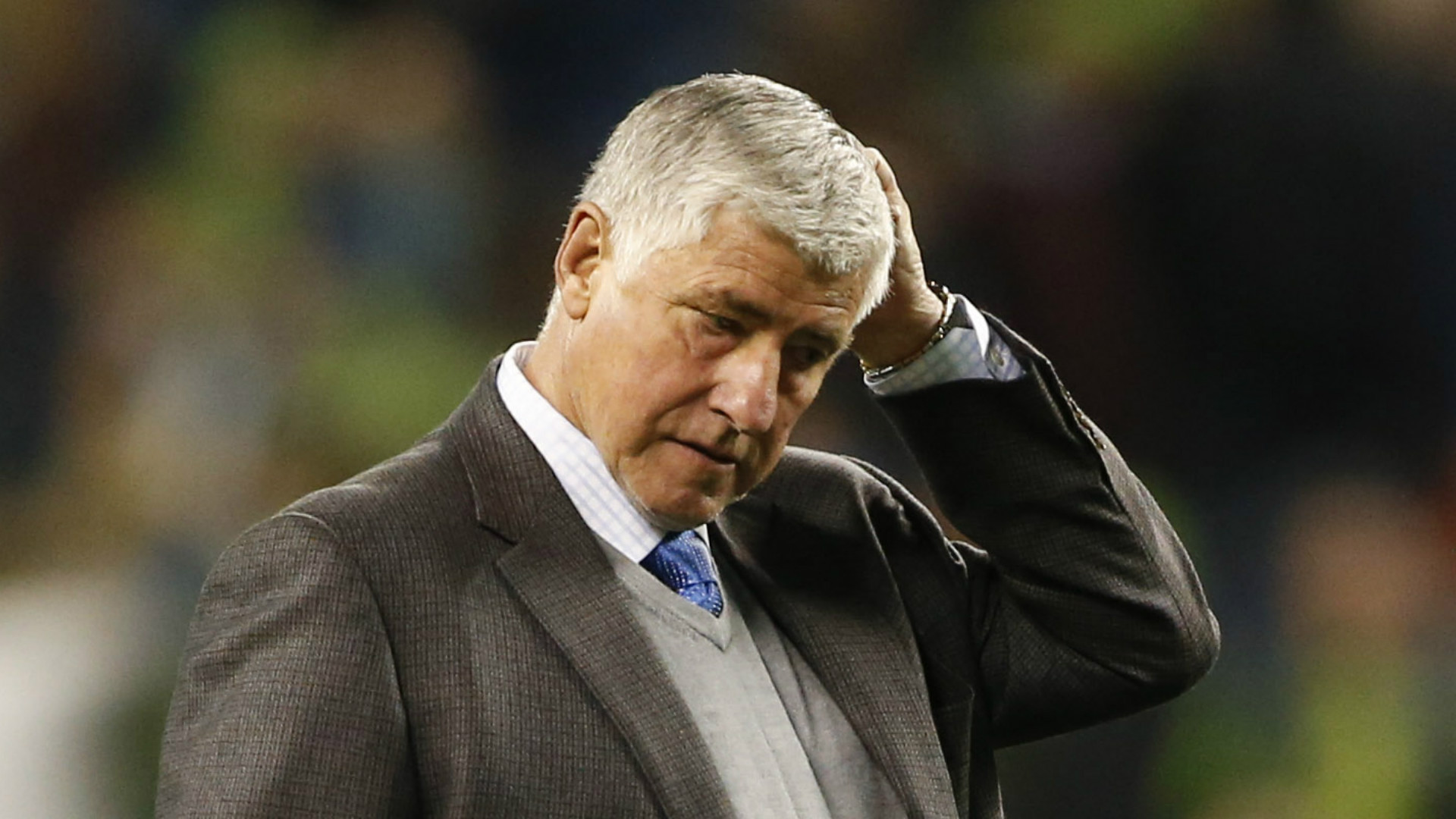 One man who was happy to have Kurt Schmid stick around was Lagerwey, who had developed a close working relationship with him and had given him responsiblities that went far beyond those of a scout.

"This is a guy that should be a general manager in the league at some point," Lagerwey told Goal USA . "His knowledge of players is encyclopedic. He is a great employee, man, because he’s proactive. We send him all over the world scouting, and comes back with good information.

"He’s a guy who internally helps me with the salary cap, so he’s a numbers guy and a data guy as well, and I really value his judgement," Lagerwey continued. "He’s really been an important part of it, and you know people look at me and say, ‘Wait, Kurt Schmid’s still working there?' And I’m like, ‘I can’t do without him, man.'"

When asked if he was surprised at the fact Kurt Schmid stuck around after his father's dismissal, Lagerwey couldn't help but get emotional.

"It’s a great family, it’s a family that’s been raised the right way, with the right values and good character," Lagerwey said. "I think Kurt has kind of worked extra hard because he was in his dad’s shadow, and I don’t think people gave him credit for what he has done in the past because he was working for his dad. I hope now that he’s working for me people start to recognize the quality of his work. It’s a job that he’s earned, it’s a job he deserves and a job he does really well."

Sticking around and continue to do good work after the firing of your father can't be easy, and interestingly enough the Sounders faced someone on Saturday familiar with Kurt Schmid's situation. Toronto FC captain Michael Bradley was a starter on the 2005 New York/New Jersey MetroStars (now the Red Bulls) when his father Bob was fired late in the season. Only 17 at the time, Michael Bradley took things hard, even seen publicly crying on the bench at the end of what would be Bob Bradley's final game in charge of the MetroStars. Michael Bradley continued to play, however, and play well, shaking off his father's departure, and he even scored the goal in the final match of the 2005 season to help the MetroStars qualify for the playoffs.

Kurt Schmid didn't score any goals on Saturday, but his fingerprints were all over the team that helped the Sounders lift the MLS Cup. From Roldan to Lodeiro and Torres among others, several players he helped become Sounders played pivotal roles in winning a championship. Kurt Schmid had plenty to be proud of on Saturday night, and so did his father.