Thomas Floyd
The Belgian center back was dominant defensively and contributed the winning assist in the LA Galaxy's first-leg triumph over the Colorado Rapids.

In terms of playoff-proven defenders, Omar Gonzalez was as decorated as they come. Over the course of seven seasons, the LA Galaxy center back put 25 postseason starts on his resume. He anchored the back line to a trio of MLS Cup titles — claiming MVP honors in 2012 — and did so with three different center back partners.

That's all to emphasize that Jelle Van Damme had big shoes to fill upon joining the Galaxy from Belgian side Standard Liege this past offseason, with Gonzalez departing for Liga MX club Pachuca. While the marauding center back proved his worth beyond any doubt during the regular season, building a convincing case for Newcomer of the Year and Defender of the Year honors, his playoff acumen remained to seen.

Well, there's good news for the Galaxy in that department: With two postseason matches in the book, Van Damme is looking as worthy a successor to Gonzalez as ever.

After delivering a sturdy performance in the Galaxy's knockout round win over Real Salt Lake on Wednesday, Van Damme took his defensive dominance to another level in Sunday's 1-0 victory against the Colorado Rapids.

Blending his range and anticipation with the bruising physicality brought on by a 6-foot-3, 198-pound frame, Van Damme rendered Rapids striker Kevin Doyle a non-factor. In no surprise, the Belgian won a game-high nine duels at StubHub Center.

But it was one of his trademarked forays forward that produced the match's decisive moment in the 55th minute. Forcing a block from Jared Watts with an 18-yard stinger, Van Damme continued his run into the box to collect the loose ball, nutmegged Michael Azira with a surprisingly deft touch and picked out Giovani dos Santos for the game-winning header. 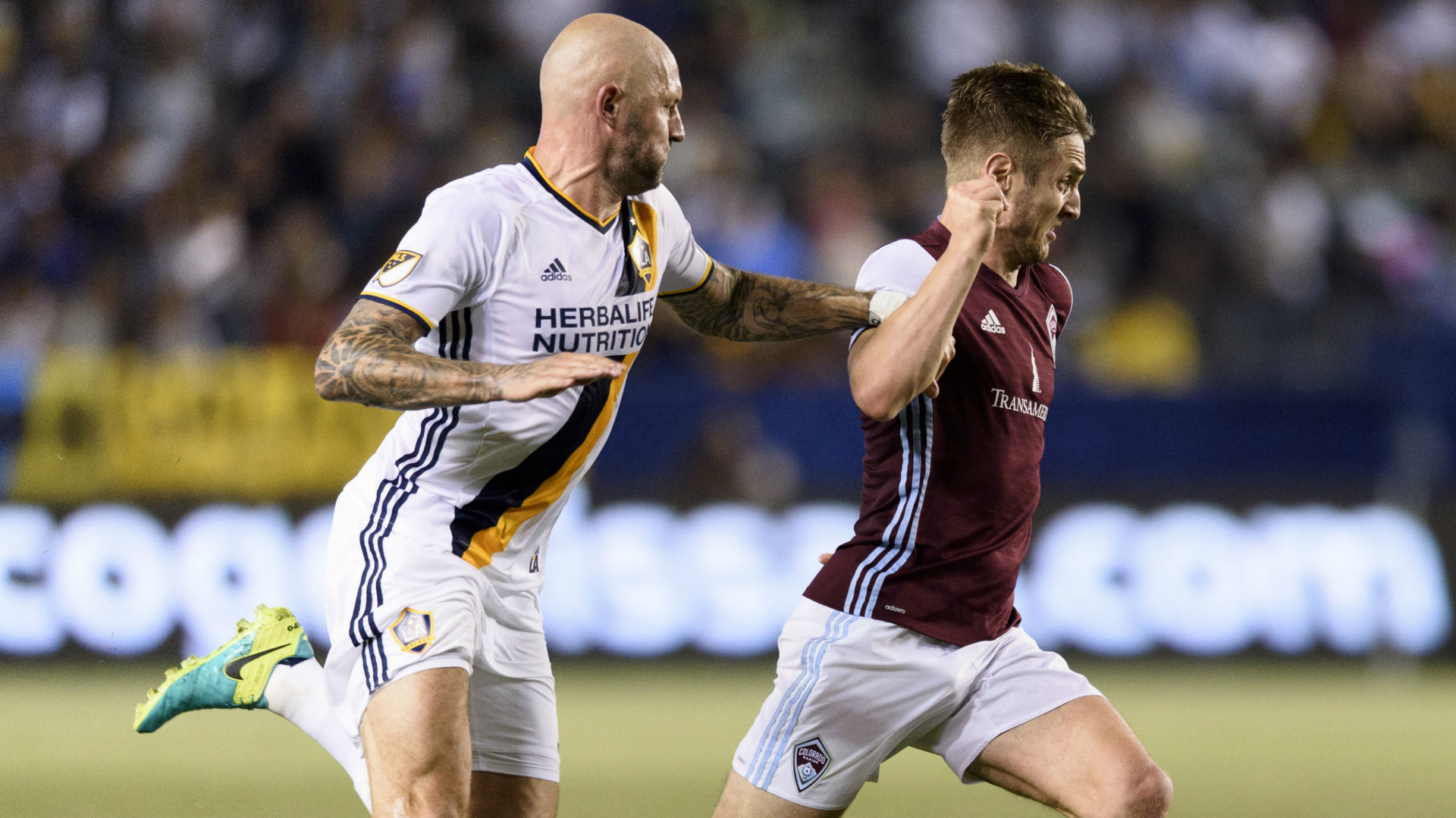 What an assist from Jelle Van Damme @LAGalaxy open up the scoring. #LAvCOL https://t.co/33wxvUd9eG

Few — if any — other center backs in MLS have the technical ability to pull off that kind of sequence. Picking out 62 of 71 passes, Van Damme also offered clean distribution that helped the Galaxy own 55 percent of the possession in the Western Conference semifinal first leg.

And just like Gonzalez, Van Damme has thrived with a solid but unspectacular supporting cast. While former USL standout Daniel Steres and longtime backup Brian Rowe have been revelations for the Galaxy in central defense and goal, respectively, there are some limitations there.

Van Damme, however, led LA to the league's second-best defensive record all the same. Although the Rapids topped MLS in that category (and nearly won the Supporters' Shield), that feather in their cap largely stemmed from a conservative approach that produced one of the league's lowest-scoring attacks.

Bruce Arena's Galaxy, on the other hand, finished fourth in MLS goals scored. With Van Damme holding down the fort, they can afford to push numbers forward and carve defenses with flair (that is, when he doesn't jump into the attack himself).

Perhaps that's what the Galaxy will do in next weekend's second leg. Van Damme, after all, helped keep Colorado from scoring an all-important away goal — meaning one strike from the Galaxy could be a back-breaker in the second leg.

No one is expecting Van Damme, 33, to match Gonzalez's three MLS Cup titles. But at this rate, few would be surprised to see him lift a first trophy come December.