Jon Arnold
The veteran forward didn't score at all in the regular season, but needed just nine minutes and a bit of luck to send the Sounders into the next round of the MLS playoffs.

Nelson Valdez closed the book on the 2016 regular season with around 900 minutes. In 24 matches, the Paraguayan registered 30 shots and zero goals. Thursday night he needed nine minutes, one shot and a bit of good fortune to score the lone goal in the Seattle Sounders' 1-0 win over Sporting Kansas City.

The nine minutes? That's how long it took for him to surge through the box and nod in Joevin Jones' cross from the left side of the Sounders attack. The good fortune? It came when the assistant referee's flag stayed down despite Valdez appearing to be offside when the ball left Jones' foot.

But they all even out in the end, right? pic.twitter.com/tkLffI9Xj4

"They scored their goal on an offsides play," Sporting KC coach Peter Vermes said in his postmatch news conference. "Referee misses it, changes the outcome of the game. I would tell you, in my opinion and for our organization, I think that PRO and Major League Soccer owe our club an absolute apology because this game was taken away from us today."

Luck was on Valdez's side, but he still had to put the ball in the back of the net. Has Valdez had bad luck in 2016? At times. He put 11 of those 30 shots on target and came away with nothing. At times, he's just been bad. That led many critics and peers to dump on him in very public ways in the summer.

Just watched that performance by Seattle vs KC.
Still remember them telling me my value & they signed Valdez for double that!

That poo-emoji performance was before playmaker Nicolas Lodeiro was there to pull the strings for the Sounders, before the team charged up the Western Conference mountain and into the four seed that has it staying at home and waiting for Supporters' Shield champion FC Dallas to arrive for the semifinals. That was pre-Brian Schmetzer, the coach whose professorial look would make you think he'd be more at home debating the merits of the various Star Trek franchises at a comic con than on a touchline, but who has reinvigorated the Sounders with both his attitude and his ideas.

But those good-time moments didn't filter down to 32-year-old Valdez. Even if they had, half a season of positive play really isn't enough for a player on a designated player contract in MLS. With forward Clint Dempsey sidelined because of an irregular heartbeat, Schmetzer didn't turn to his other DP forward. Instead, he mixed youth with new additions. Rookie of the Year favorite Jordan Morris continuing his strong play up top, supported by 21-year-old Cristian Roldan. Lodeiro and Alvaro Fernandez, both Uruguayan and both summer additions, have completed the front four while their South American teammate has sat on the bench and watched, occasionally coming on for a fruitless substitute showing.

"We understand the business that we’re in. But for him to come through in such a critical moment is well deserved," Schmetzer said after the game. "He carried the team on his back here, and I’m so happy for Nelson Valdez."

The relief was obvious both in Valdez's goal celebration and after the match as he celebrated, then spoke to FS1 with eyes fresh from tears. 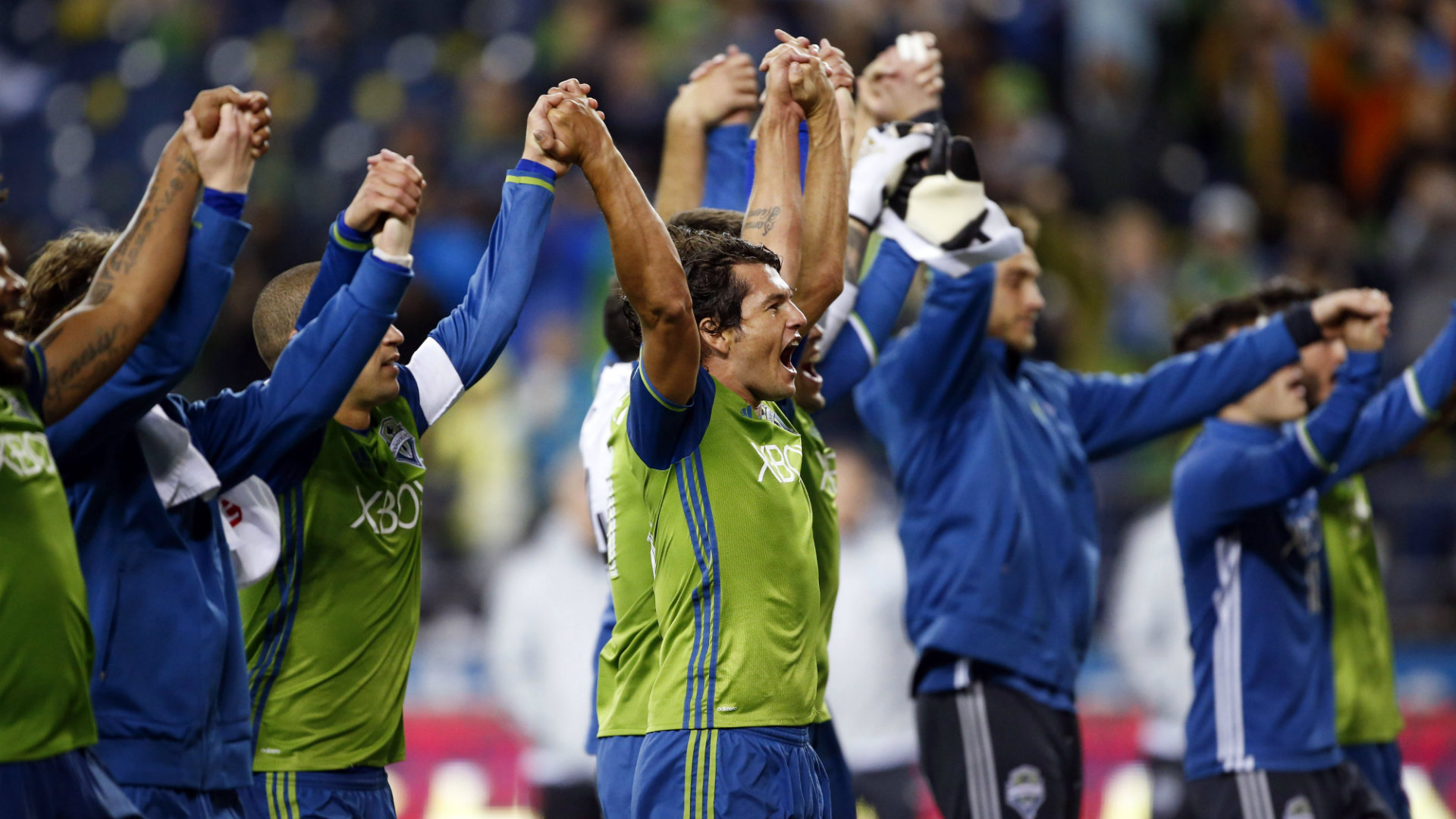 "It's felt like there’s been a big mountain on top of me all season," Valdez told reporters after the game. "Finally, with the goal, that mountain went away and the pressure has been relieved."

His joy, combined with Sporting KC midfielder Benny Feilhaber's fury at referee Ismail Elfath masked what could be a bigger issue for the Sounders with sterling center back Roman Torres - who joined the Sounders in 2015 but returned from injury in the summer as well, further boosting the turnaround - laying on the turf with what looked to be hip discomfort.

For now, though, the Sounders can celebrate.

Valdez's allowed goal showed both the beauty and the beast of soccer, of sports even. The journeyman forward cuts a sympathetic figure after his struggles and has a moment that would bring a smile to the face of any non-partisan. But then we learn human error, or the limitations of a human assistant referee, played a part in that story.

Is this why we watch soccer? To see moments both perfect and imperfect? To celebrate the highs of life and bemoan and commiserate in the cruelties? Seeing a game in which it actually is possible to end level, but so often one team wins while the other tastes defeat? Maybe. But we definitely watch the game because of moments like Valdez's controversial goal. And then, as the Sounders will in three days and Sporting Kansas City will in a few months, we move on.

There's another series for Valdez to try to change. Thursday night, he put the ball in the back of the net. For the first time this season, it counted. His role isn't likely to change. He'll come off the bench if the Sounders need a goal. This time, the team may have more faith that he can come through. At the very least, his confidence is higher after a miserable year.

"Everybody who knows me, they know how hard for me this year was. I tried every day to make the best of it," Valdez said. "Today, I am so happy."