Jon Arnold
The FC Dallas playmaker left the match in stoppage time and appears to have torn his Achilles, an injury that will likely sideline him several months.

FRISCO, Texas — FC Dallas is closing in on its second trophy of the season, but its hopes of a treble took a blow Sunday night.

Playmaker Mauro Diaz left a 2-1 victory over the Seattle Sounders in stoppage time, and sources tell Goal USA the team fears he has a torn Achilles, an injury that could keep him out of action several months.

While coach Oscar Pareja declined to comment on the extent of Diaz's injury, he and other team officials seemed concerned after Sunday's match, and Pareja spoke generally about the injury.

Forward Maximiliano Urruti, whose stall is next to Diaz's in the locker room, also was solemn after the game despite scoring in the win, which puts FCD within a point of lifting the Supporters' Shield.

"The truth is Oscar has all the reason in the world. I’m very hurt because he’s a friend, a teammate," Urruti said. "He was injured in an ugly way, but as Oscar said doing something, they’re plays that can be avoided. The truth is, washing your hands and saying it’s a foul and nothing more hurts.

"It hurts because now we have a teammate who could be out for (several) months and the truth is it hurts us a lot because he’s a very important player. This win is for him, we hope that he recovers and we’re sending him a lot of luck." 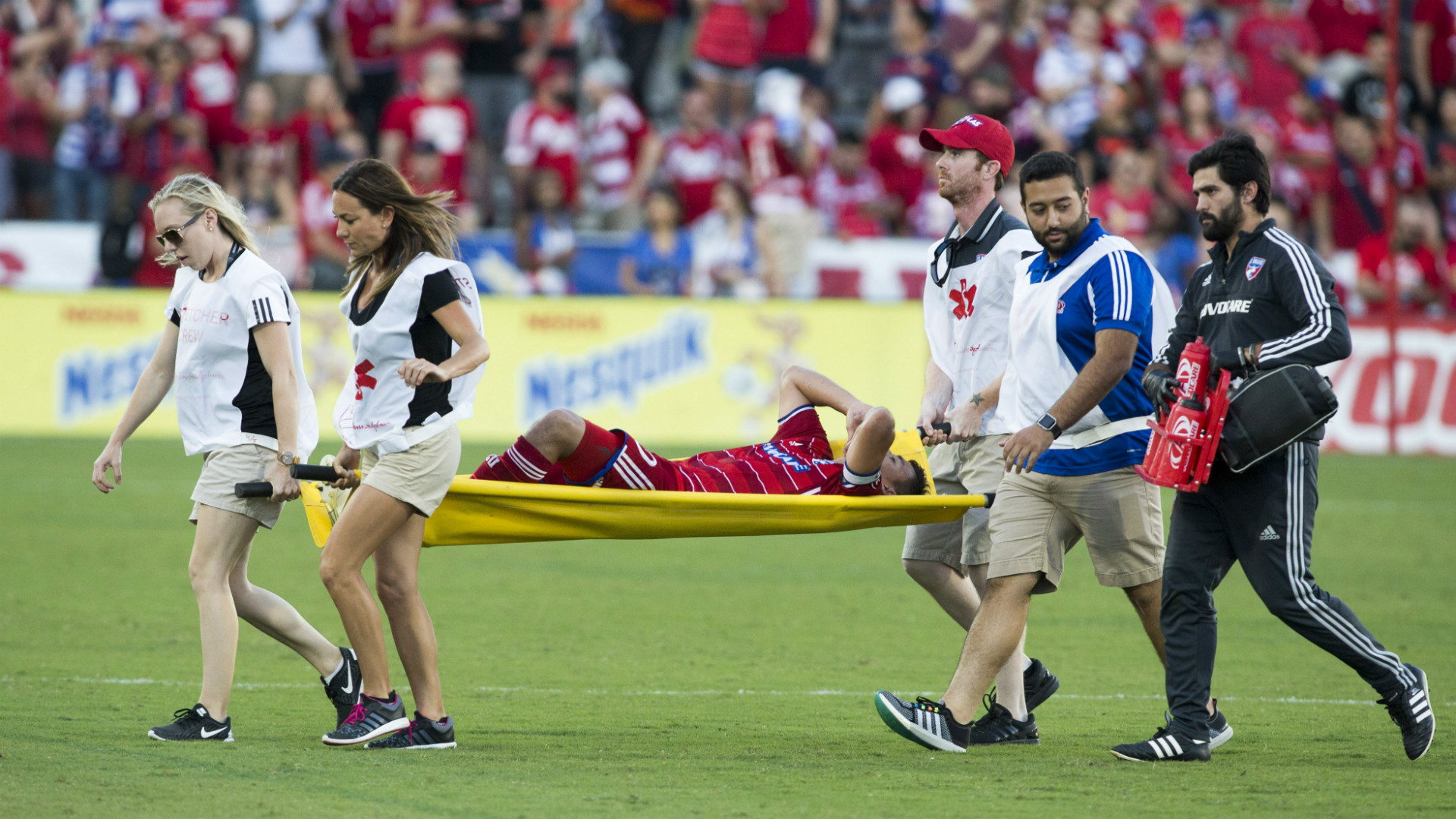 Carlos Ruiz, who scored the game-winning goal on an assist from Diaz, echoed his teammate and coach's sentiment, saying that the team is upset about losing Diaz and Kellyn Acosta, who looked to suffer a hip injury and left in the first half. The veteran forward also believes that the match could've been better officiated.

Diaz, who has suffered more fouls per match than any other player in MLS this season, had been injury prone in previous years but set a career high for appearances with 32 matches across all competitions this year.

"We’re very sad about what happened to Mauro. Kellyn also went out injured. I don’t think his injury is as serious as Mauro’s, but we’re very sad," Ruiz said. "We don’t want anything bad to happen to any of our teammates, so very sad. Also, Mauro is a key player, a fundamental piece in the structure of the team, and it’s a blow to lose him for that amount of time.

"I agree with Oscar. There are a lot of talented players in this league who play good soccer that benefits the league. Unfortunately, I wouldn’t say they need to be cared for by the referees because this is a contact sport, but you see over the long term of the 90 minutes that there are recurring fouls, constant fouls where you have to put a stop to it.

"I think cards are there to regulate a game of soccer, and if there’s a chance after seeing they’re looking at a talented player who already has suffered several fouls, take out a card and know that the next one would lead to a sending off I think they could avoid a lot of things."

Diaz is set to undergo tests Monday to confirm the extent of the injury, after which the team is expected to make an official announcement.