By Al Hain-Cole
Having previously promised to not move to another Premier League club, betting outlets believe the Blues captain could land in Major League Soccer.
Suspended for the rest of the season after a red card at Sunderland, legendary Chelsea captain John Terry looks to have played his final game for the club.

Although yet to be confirmed, the 35-year-old is expected to leave Stamford Bridge when his contract expires at the end of the season, bringing to an end 21 years and over 700 appearances’ worth of service.

Having previously suggested he would not play for another Premier League club, the Blues captain is widely anticipated to join former teammates Frank Lampard, Didier Drogba and Ashley Cole in Major League Soccer. 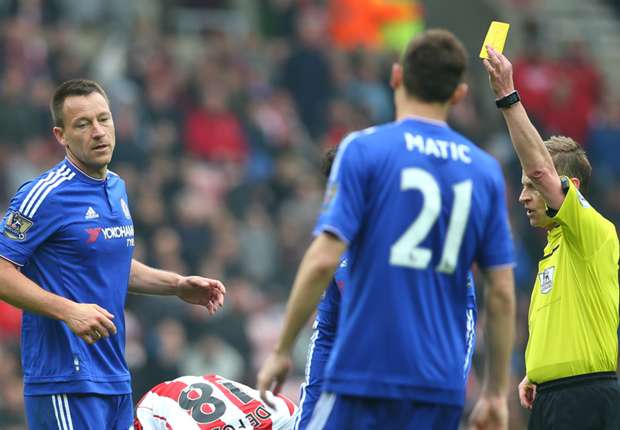 Intriguingly though, potential title rival Manchester United is also placed joint second at 5/1 (6.00), raising the possibility of one of the most controversial transfers in Premier League history.

That move would potentially cause a rebellion among Chelsea fans, who have already called for technical director Michael Emenalo’s head in protest to Terry’s impending departure.

However, with Jose Mourinho still hotly tipped to replace the unpopular Louis van Gaal in the summer, it is not impossible to imagine the Special One attempting to rile up Roman Abramovich by luring his former protégé to Old Trafford. 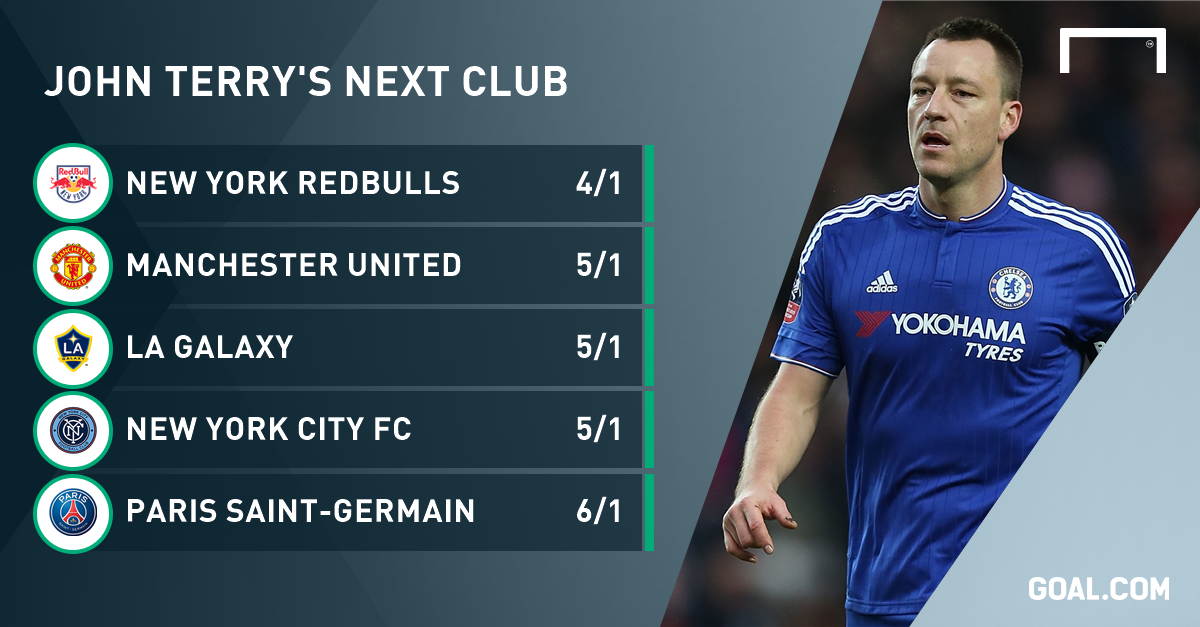 Faced with that unpalatable scenario, the Stamford Bridge faithful would surely even rather see their skipper lining up for Champions League adversaries Paris Saint-Germain 6/1 (7.00), who have knocked the Blues out of Europe in each of the last two seasons.

With a lack of pace perhaps making him better suited to the more tactical Italian football, Terry is available at 10/1 (11.00) to enjoy an Indian summer with Juventus, which previously enjoyed great success under incoming Chelsea boss Antonio Conte.

Al Hain-Cole is a Liverpool fan, experienced tipster and avid follower of European football. He specializes in accumulators and if you would like to read more from Al you can follow him on Twitter here.
Close