The LA Galaxy team Bruce Arena must have envisioned he was building ahead of the 2016 MLS season finally appeared last Friday, with Gio dos Santos and Steven Gerrard playing like the stars they were signed to be and the role players working perfectly around them.

Now, beating up on the team with the worst defense in the league isn't exactly an excuse to start chiseling the Galaxy's name on the 2016 MLS Cup, but what we saw from them is reason to believe there is hope for a big season.

Start with Dos Santos, who had a hand in all four goals, including scoring his first two of the year. Playing his first full 90-minute match of the season, Dos Santos played with speed and with the confidence on the ball that was his trademark before he arrived in LA. His finishes on both goals were excellent, and he looked genuinely happy for the first time since last summer.

As impressive as Dos Santos' performance was, perhaps even more encouraging was the showing by Gerrard, who returned from a calf injury to play his best match, by far, since last summer. The Liverpool legend covered ground, delivered dangerous passes and, most surprisingly, contributed quite a bit defensively. His eight interceptions and 11 recoveries were both team highs and the best numbers he has posted since joining the Galaxy. He won seven duels on the day after managing only one duel won in his previous appearances in 2016 combined.

With Dos Santos and Gerrard setting the tone, the Galaxy saw the rest of the team reap the rewards of their contributions. This led to the Galaxy's most complete performance in recent memory -- a masterpiece made more impressive by the fact it came on the road in Houston and it came without injured star striker Robbie Keane and suspended Dutch midfielder Nigel de Jong.

A true test of where Dos Santos and Gerrard truly stand awaits next weekend, when unbeaten Real Salt Lake pays a visit to StubHub Center. The RSL defense is significantly tougher than the Dynamo's, and the RSL attack will put the Galaxy defense to the test in what will be the MLS Game of the Week next week. If the Galaxy win that game, and Dos Santos and Gerrard shine again, it will be time to admit that this Galaxy team isn't too old to add another MLS Cup to the five already in the trophy case.

RAPIDS GIVE JONES FREEDOM IN DEBUT 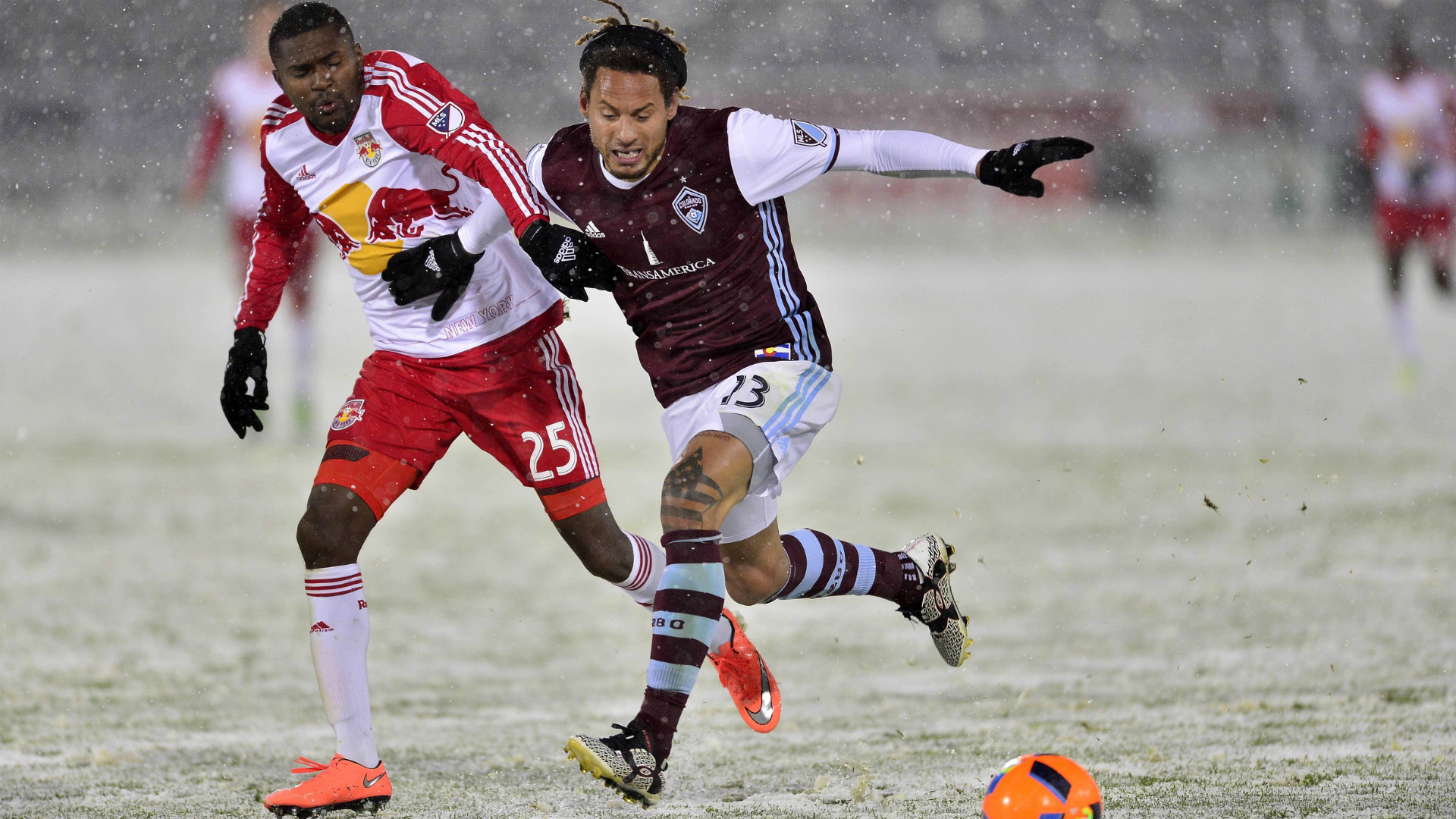 Before Jermaine Jones made his debut for Colorado, the big question was just how would the Rapids use the U.S. national team midfielder? His performance on Saturday offered the somewhat surprising decision by the Rapids to let Jones roam free in midfield, and for one match at least, it looked like a good idea.

Jones played in an attacking midfield role in the Rapids' 2-1 win against the New York Red Bulls, scoring a goal and setting up the game-winner with a perfectly placed pass to Dominique Badji.

By no means was Jones a typical playmaker, as he also contributed defensively all over the field, imposing his will on the snow-covered match and dominating a normally potent Red Bulls midfield.

As unlikely as it may seem for the Rapids to continue deploying Jones in that advanced a role, Pablo Mastroeni had to like what he saw and it's a safe bet we will see that option again down the road. A more likely long-term assignment for Jones will be to be more of a two-way midfielder linking the defense to the attack and helping support attacking midfielder Dillon Powers when Powers is available.

If you watched the win against the Red Bulls, you might think Mastroeni should just keep Jones as his attacking midfielder, but the reality is he's not someone who can be a consistent force in such a role. To be sure, when Jones is given the freedom to roam where he pleases, he does tend to happily contribute defensively in between his attacking forays. Conversely, whenever he is deployed in a role that is clearly more defensive than offensive, he tends to make mistakes and often tries to force offensive contributions at the expense of defensive responsibilities.

Above all, Jones is top-caliber midfielder who his Rapids teammates clearly already have a lot of trust in. On a team that was devoid of clear on-field leadership before his arival, Jones gives the Rapids an alpha to lead them.

After one match, it's looking like the Jones-Rapids marriage could be a successful one, but it will depend largely on finding a role that will keep him happy. 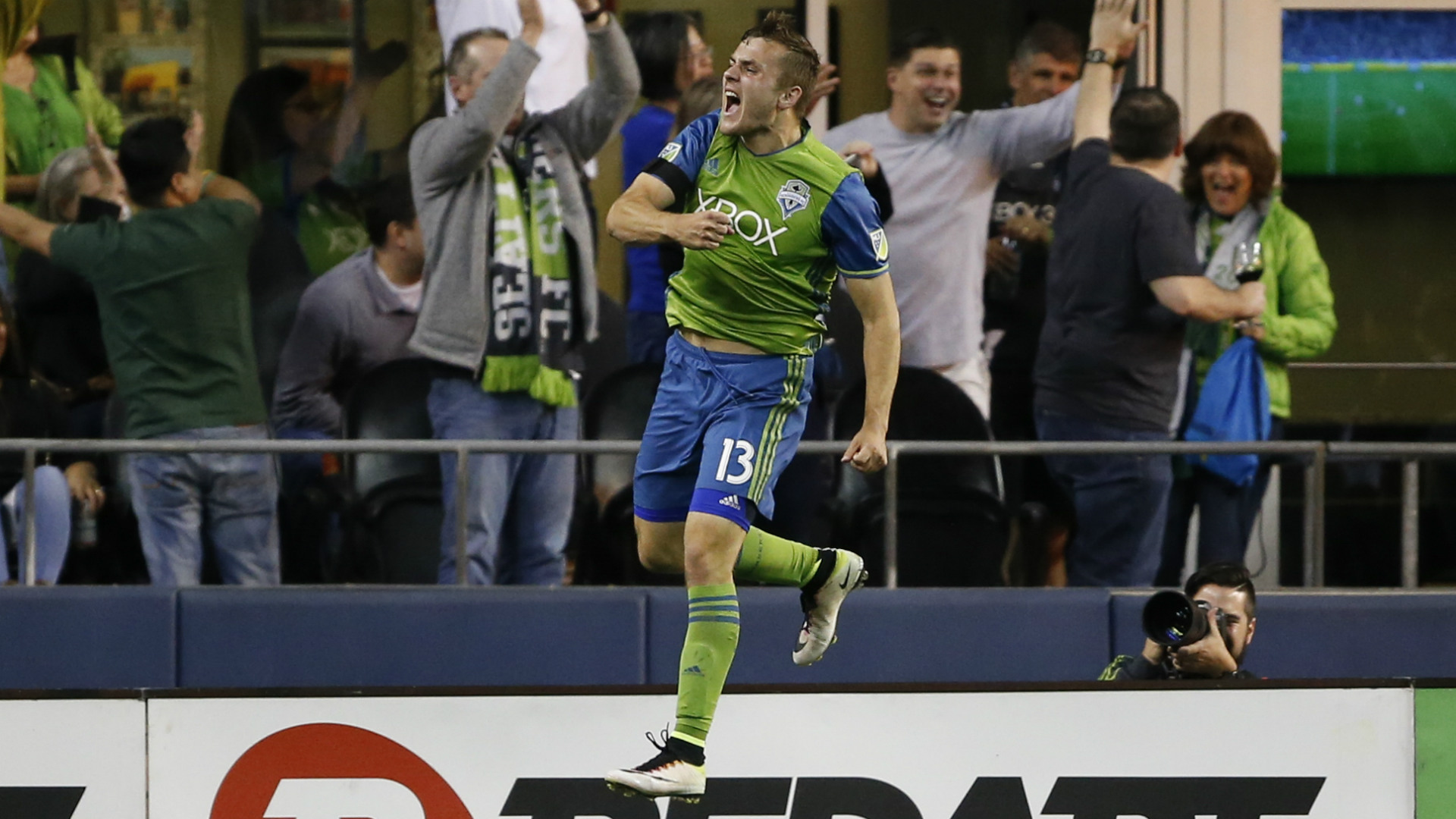 Celebrating a first professional goal is usually a moment filled with euphoria and joy, as we saw with Christian Pulisic's goal over the weekend for Borussia Dortmund. Jordan Morris definitely felt the joy when he scored the eventual game-winner in Seattle's 2-1 triumph over the Philadelphia Union, but he also very clearly felt a sense of relief.

Carrying the weight of expectations not seen placed on a rookie since Freddy Adu a dozen years ago, Morris began the 2016 campaign in a struggle to find his footing. After taking part in January camp with the U.S. national team, Morris was expected to hit the grounding running with the Sounders, but he wound up enduring the same kind of rookie growing pains most first-year pros see early on.

Sounders coach Sigi Schmid took Morris out of the starting lineup a week ago, but put him back in against the Union and Morris responded with his  best match of the young season. Aside from the goal he scored, Morris put himself in position for a handful of other chances, and while his finishing and technique let him down at times, he showed off the qualities that should help him eventually find success this year.

Saturday's win was an important one for a Sounders team trying to climb out of the bottom of the West standings after a poor start, and a home win against an Eastern Conference team was a must for Sigi Schmid's squad. Andreas Ivanschitz and Chad Marshall led the way for the Sounders on a day when Clint Dempsey wasn't at his best.

It wasn't the most impressive overall performance, and the Union deserve some credit for making things difficult despite going down a man early in the second half, but the Sounders badly needed a win in a weekend that saw five of the seven teams ahead of them in the standings post victories.

As for Morris, having his first pro goal in the bank now should help him relax a bit as he continues to work on his game. 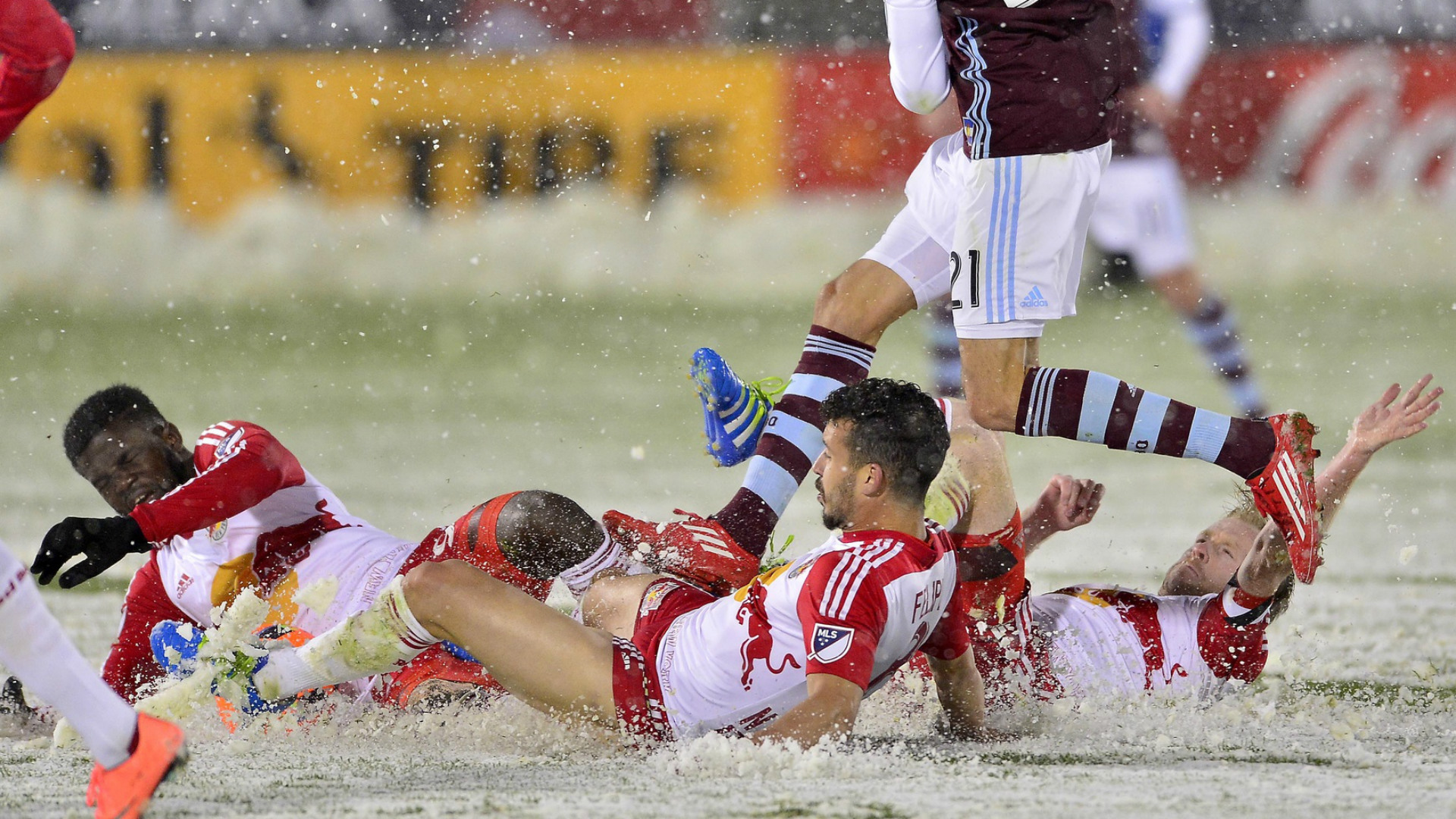 You know it's been a bad year when the simple fact you scored a goal in a loss is seen as a viable consolation.

That is the state of the New York Red Bulls, who suffered their sixth loss of the season in a 2-1 setback in Colorado. Playing on the road at altitude is tough enough, but the steady snow storm through the match made things even tougher for an attack that has struggled to find the net this season.

The Red Bulls did manage to avoid being shut out for a sixth time this season, with Ronald Zubar heading home a Sacha Kljestan corner kick, but that was the lone consolation on an otherwise forgettable night. Jesse Marsch's men struggled badly with trying to contain an inspired Jermaine Jones, who bossed the game and seemed to have a much better handle on playing in the snow than the Red Bulls did.

Bradley Wright-Phillips endured another rough outing, and he has yet to score a goal this season despite being among the league leaders in shots and shots on goal.

Wright-Phillips' season has been a microcosm of the Red Bulls, who have shown flashes at times, but far too often have been left wanting more.  As much as you can argue they are better than their record suggests, there's no escaping the reality that the Red Bulls have scored the fewest goals in MLS and allowed the most.

The Red Bulls are now sitting with the worst record in MLS, having already suffered six losses when no other team in the league has even lost five. Their next two matches are at home, but will come against two tough opponents in Orlando City and FC Dallas, meaning the league's defending Supporters' Shield winners could very well stay at the bottom of the MLS table through the first quarter of the season. 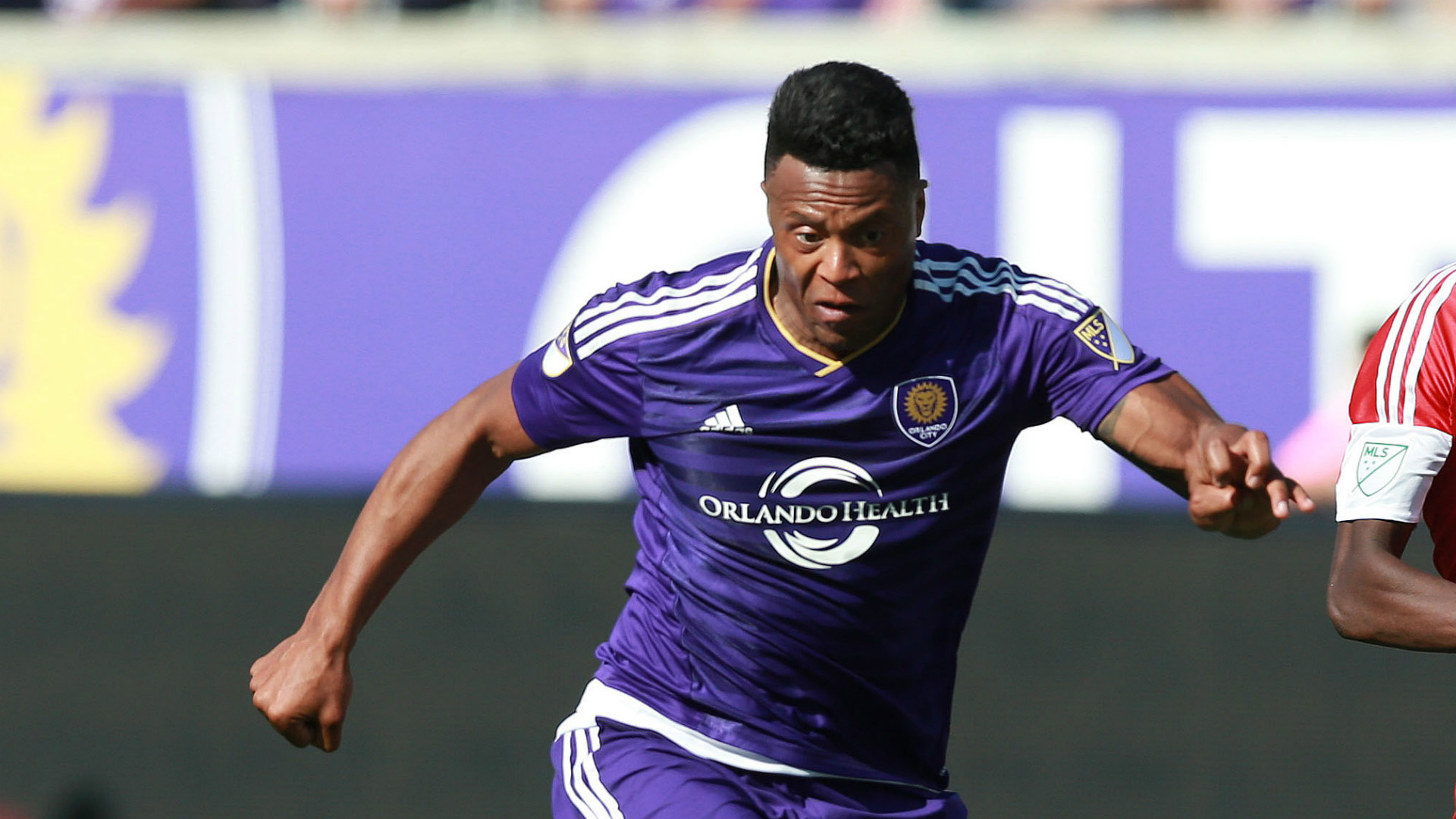 It only took Julio Baptista 14 seconds to show what he can provide for Orlando City.

The Brazilian striker drew a penalty shortly after kickoff of Sunday's Orlando City clash with the New England Revolution, and while Baptista didn't find the net in what was essentially his MLS debut (he made a one-minute cameo a week earlier), the former Real Madrid man did offer plenty of evidence of the value he can bring the Lions.

Baptista is a powerful forward who can muscle defenders off the ball, but who also has the technical quality to pass the ball well. He doesn't boast the same top- end speed of his peak, when he was a part of the Brazilian national team, but the 34-year-old forward helps give Adrian Heath some sorely needed depth at forward.

Baptista also gives Orlando City the option of playing with two forwards, as we saw in the second half of Sunday's match, when regular starting striker Cyle Larin came into the match and played alongside Baptista. That pairing, coupled with the presence of Kaka and Kevin Molino, helped Orlando City enjoy it's best spell of the match, and only a dubious stoppage-time penalty call kept the Lions from winning a match that ended 2-2.

Whether he helps give Larin a rest from time to time, or works alongside the young Canadian star,  Baptista joins Antonio Nocerino as top veterans who have joined Orlando City and given the Lions the kind of depth they didn't have last year when an injury plague ruined their season.

THE BEST OF MLS WEEK 7 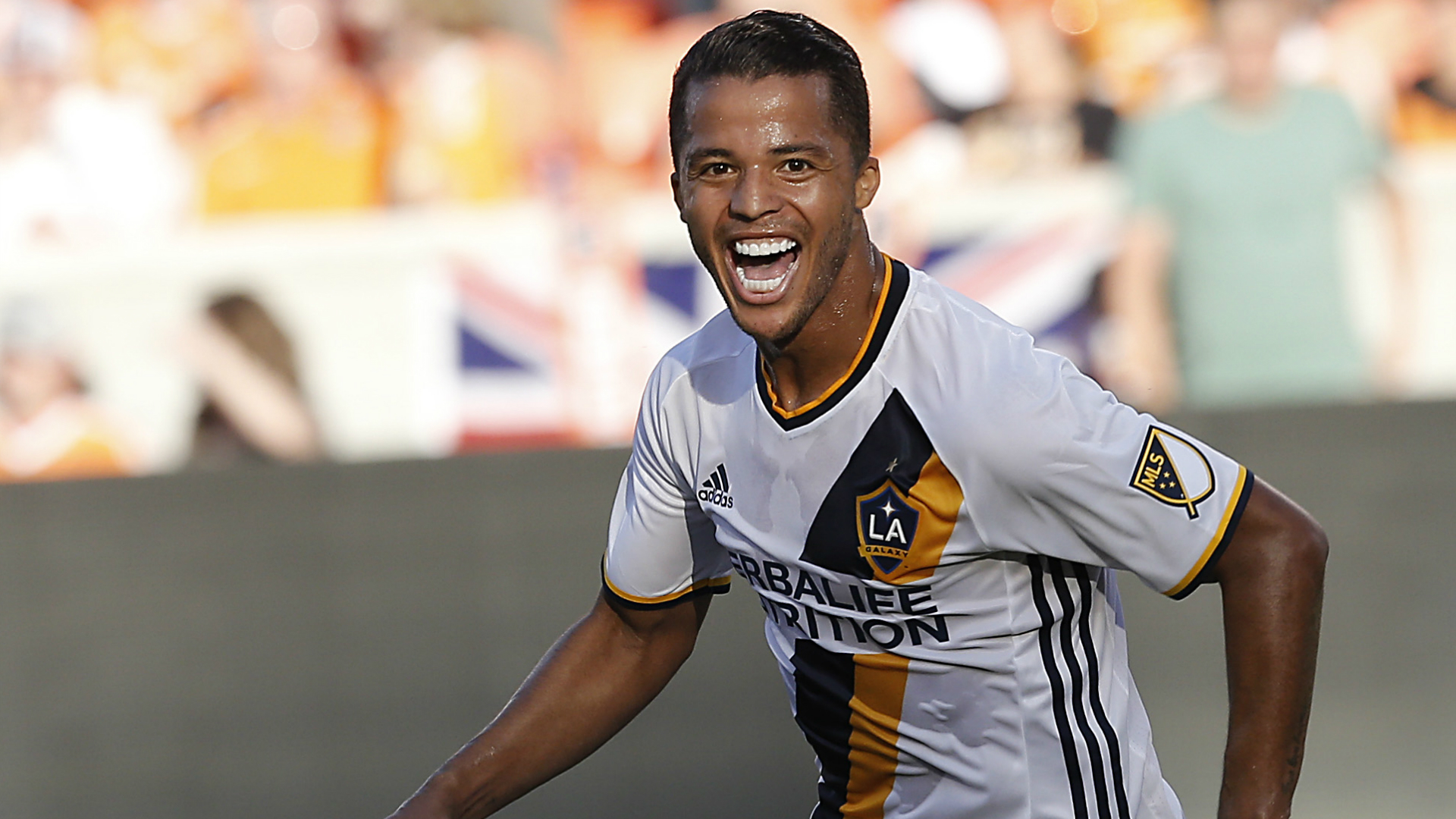 Player of the Week:  Dos Santos. Though you could make a case for several good candidates this week, including his teammate Gerrard, we give the nod to Dos Santos for playing a part in all four Galaxy goals in Friday's 4-1 win in Houston.

Team of the Week:  FC Dallas. A pair of impressive wins gave FCD the nod just ahead of the Colorado Rapids. Ran away from the Timbers at midweek before recording a statement victory against Sporting KC at home.

Rookie of the Week: Jordan Morris. Scoring the game-winner in Seattle's 2-1 win against Philadelphia was enough to give Morris the honor ahead of Jonathan Campbell and Joshua Yaro,

Goal of the Week: Ignacio Piatti. A stoppage-time winner from 20 yards out stunned the Chicago Fire and helped extend Montreal's lead atop the Eastern Conference.