10:51 6/17/16
Getty
The striker popped up two minutes from time with a fierce strike from 18 yards to prove the difference in a game otherwise largely lacking in quality

Eder lit up an otherwise forgettable contest as Italy beat Sweden 1-0 to seal progression from Group E at Euro 2016.

Antonio Conte's men underlined their typical tournament credentials with a 2-0 win over Belgium in their opening game but turned in an insipid display against a rigid Swedish defence, which suddenly fell apart in the 88th minute to let Eder in.

Zlatan Ibrahimovic once again saw another chance to become the first man to score in four separate European Championships slip away, the former Juventus, Inter and AC Milan striker struggling to impose himself against Juve's 'BBC' backline of Andrea Barzagli, Leonardo Bonucci and Giorgio Chiellini.

Indeed, Sweden have failed to register a shot on target in two games so far, and barely deserve a spot in the next round on this evidence.

With Italy now able to plot their run in the knockout stages, Belgium and Republic of Ireland will hope to seize the initiative to join them when they meet in Bordeaux on Saturday. 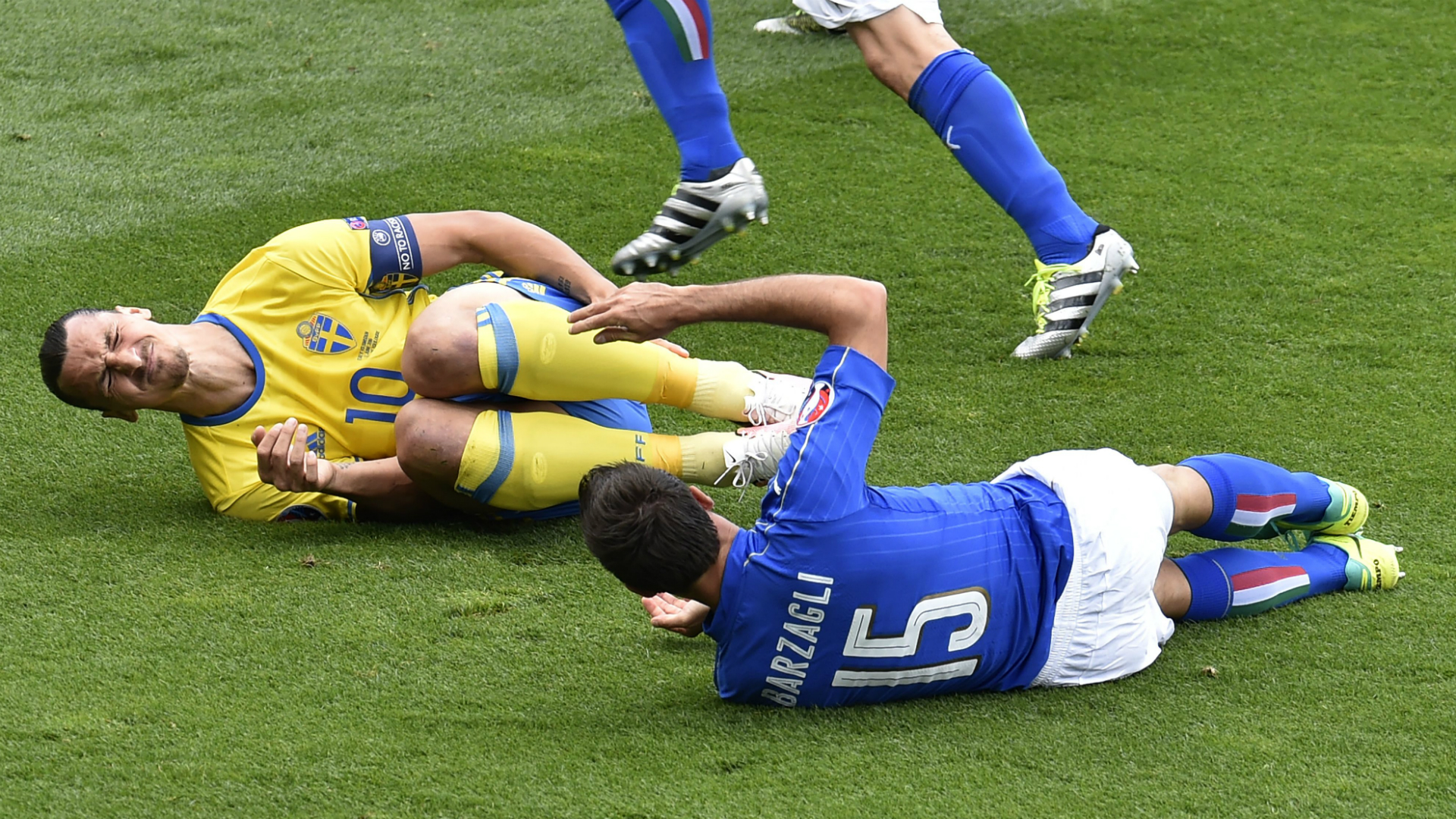 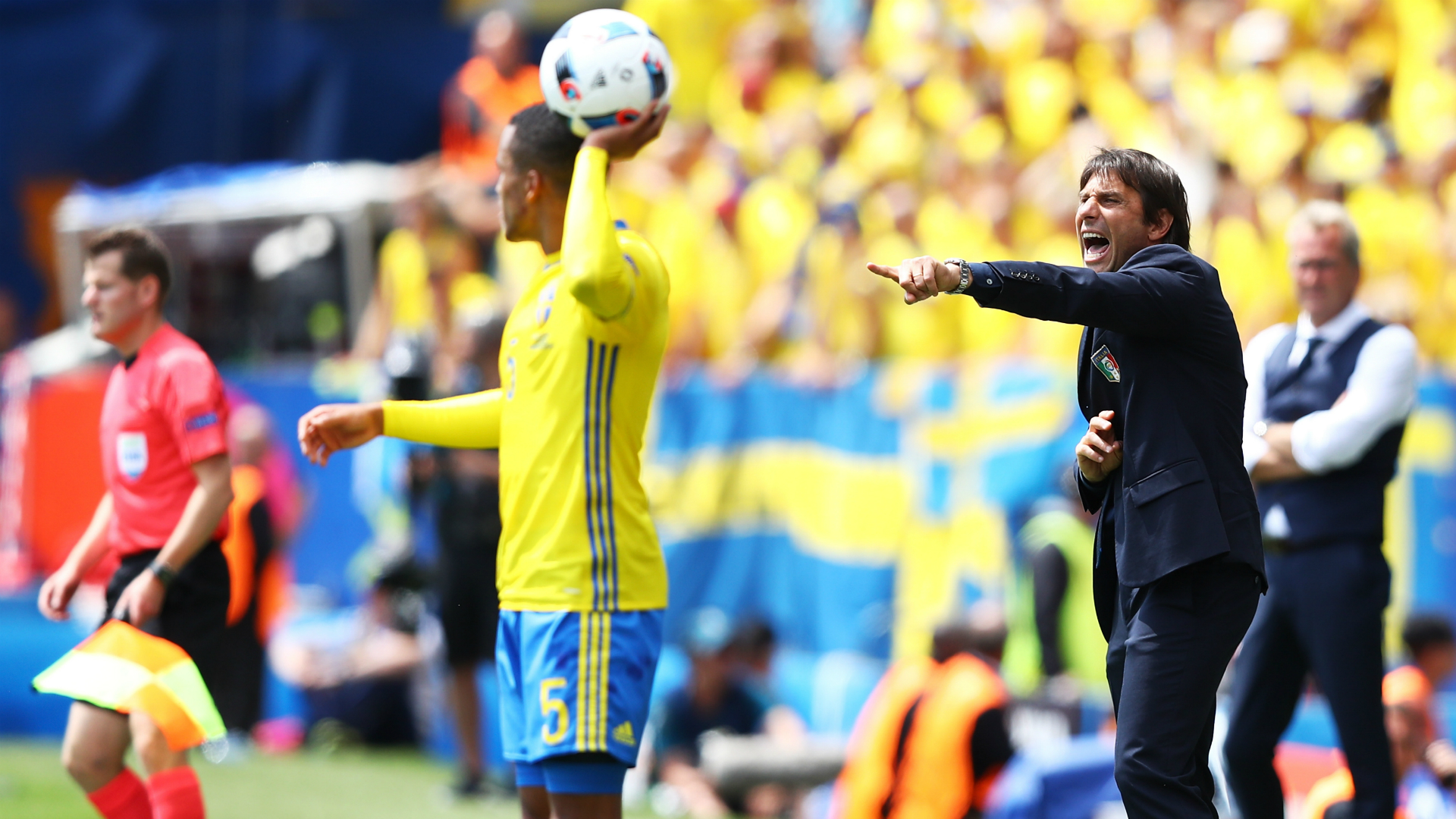 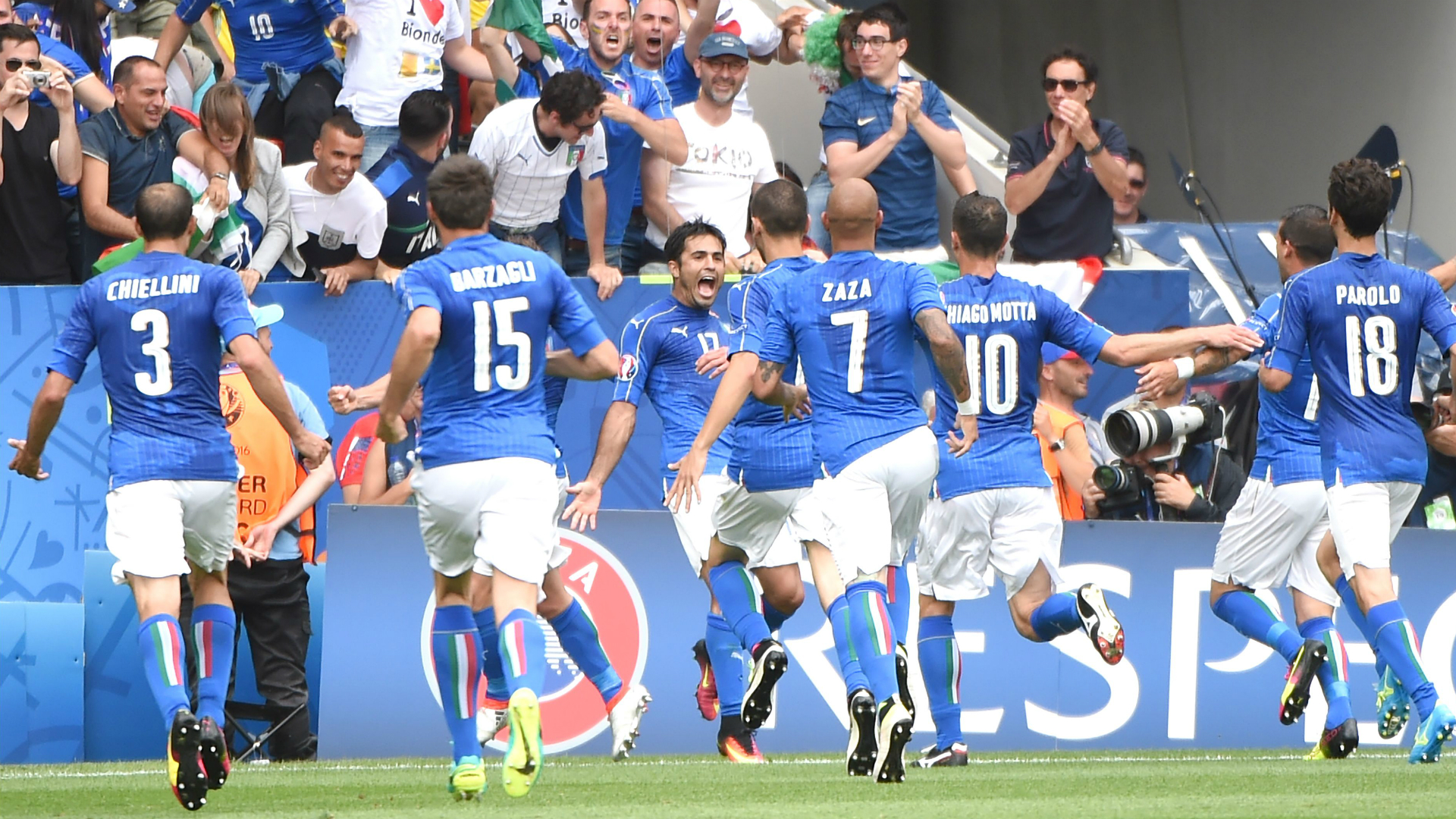 All of the incisive passing and movement that had served Italy so well against Belgium completely deserted them in a first half devoid of chances, with Eder and Graziano Pelle unable to get close to some probing crosses from Antonio Candreva.

Sweden also appeared too cautious to truly threaten, dominating possession but rarely committing men forward, with the history-chasing Ibrahimovic dropping into the clutches of Daniele De Rossi in midfield all too often.

Neither Erik Hamren nor Conte felt the need to make any half-time changes and, Pelle slashing an early effort from 18 yards off target aside, the game returned to its turgid form as a result.

Simone Zaza was summoned by Conte on the hour to replace Pelle, but Marco Parolo running the ball out of play when a shot presented itself summed up the contest neatly.

Martin Olsson's surging runs on the left had been Sweden's most viable outlet but, when the Norwich City man finally got his delivery right, Sebastian Larsson missed the ball and Ibrahimovic blazed over the crossbar - though the captain's blushes were spared somewhat by an offside flag.

Parolo then spurned a glorious chance, Emanuele Giaccherini swinging in a ball from the left that the Lazio man thumped onto the bar with his head.

But there was still time for Eder to dribble through the Sweden backline, Andreas Granqvist stumbling in his attempts to stop the Inter striker running at goal and curling a firm effort beyond Andreas Isaksson to secure an unfancied Italy's passage to the second round.