Manchester City have confirmed the capture of Spanish left-back Sergio Gomez from Belgian club Anderlecht. The Premier League champions were in need of a full-back after allowing Oleksandr Zinchenko to join Arsenal in a £32million ($38m) deal.

City will pay an initial £11m ($13m) fee for the 21-year-old with the potential for the price to rise further in unspecified add-ons.

Who is Sergio Gomez?

The former Spain youth international was originally considered a development player by the Premier League champions and was expected to go on loan to sister club Girona in the Spanish top-flight.

But Pep Guardiola has decided to keep a player who started his career in Barcelona's La Masia Academy as an attacking midfielder before moving on to Borussia Dortmund.

He spent two seasons on loan with Spanish side Huesca before moving to Anderlecht, where he starred under former City captain Vincent Kompany, claiming 15 assists and being named the club's Player of the Year.

What is the length of Gomez's contract at Man City?

Gomez has committed to a four-year contract at the Etihad Stadium. The talented defender will stay on Man City's books through to the end of the 2025-26 season.

What has Gomez said?

“City are the best team in England and in Pep Guardiola I have a chance to learn and develop under the most outstanding manager in world football," Gomez said after his move was made official.

“To be able to be part of this club is a dream come true for me and something any young player would aspire to.

“The number of trophies City have won over the past few years has been incredible and the style of football the team plays under Pep is the most exciting in Europe. Playing for and being guided by Pep and his coaches is going to be very special."

What shirt number will he wear?

"When [my brother] went on a school trip to London, I asked him to buy me the Manchester City shirt with the name and number of David Silva. At that time, I was wearing the number 21 too," he added.

"He was one of my favourite players in that position because when I was a kid I used to play in Silva's position. That's the story of the shirt and I have kept it well since.” 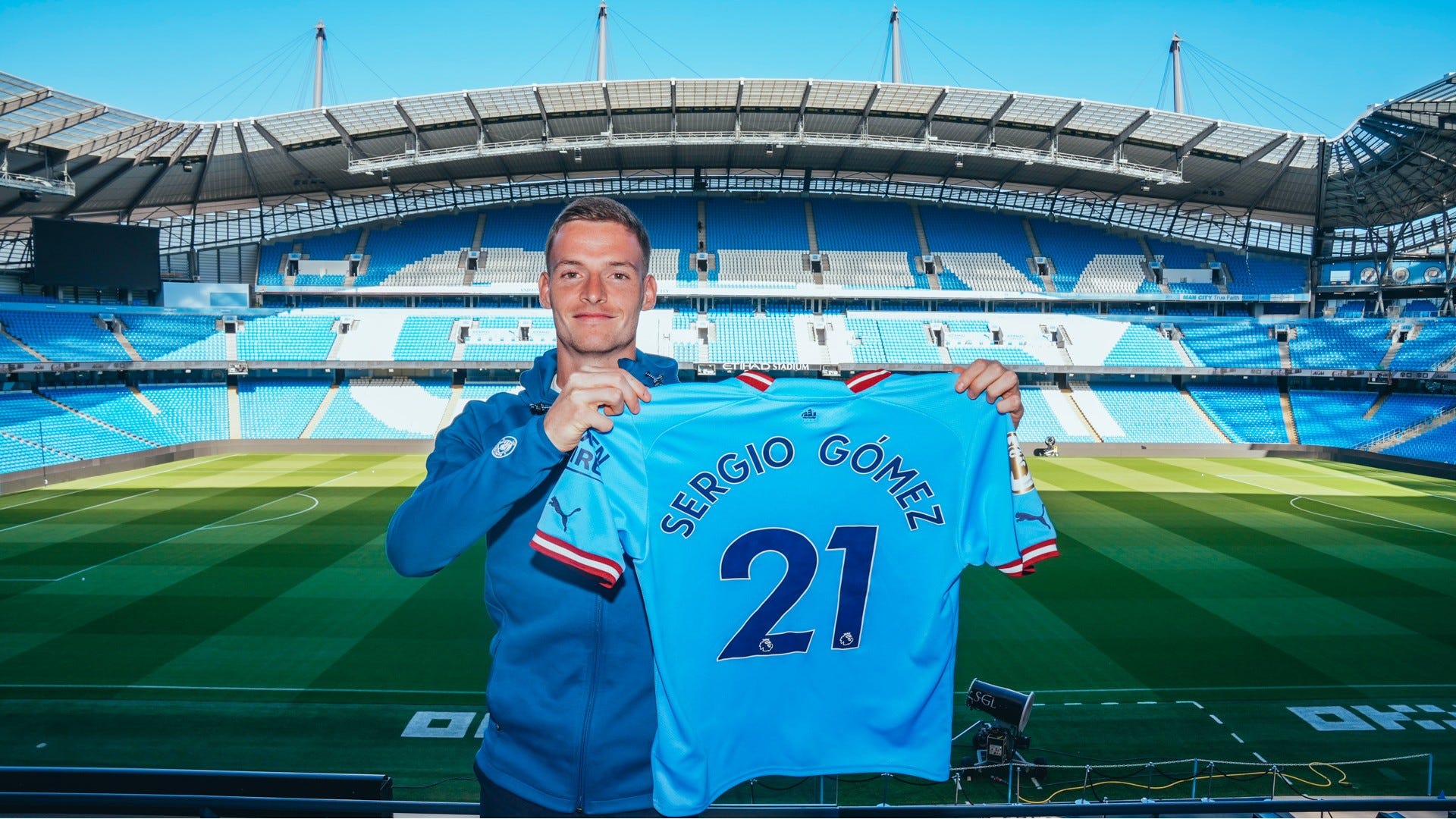 Is that the end of City's transfer business?

After missing out on top target Marc Cucurella, who left Brighton for Chelsea in a record £62m ($75m) deal, City were looking at other left-backs but Guardiola is happy that Gomez and Academy player Josh Wilson-Esbrand can now provide competition for Joao Cancelo.

Barcelona remain interested in midfielder Bernardo Silva and City would want a replacement if he leaves, but they will hope that the rest of the summer's transfer business will only surround fringe players, such as allowing Academy striker Liam Delap to go out on loan.