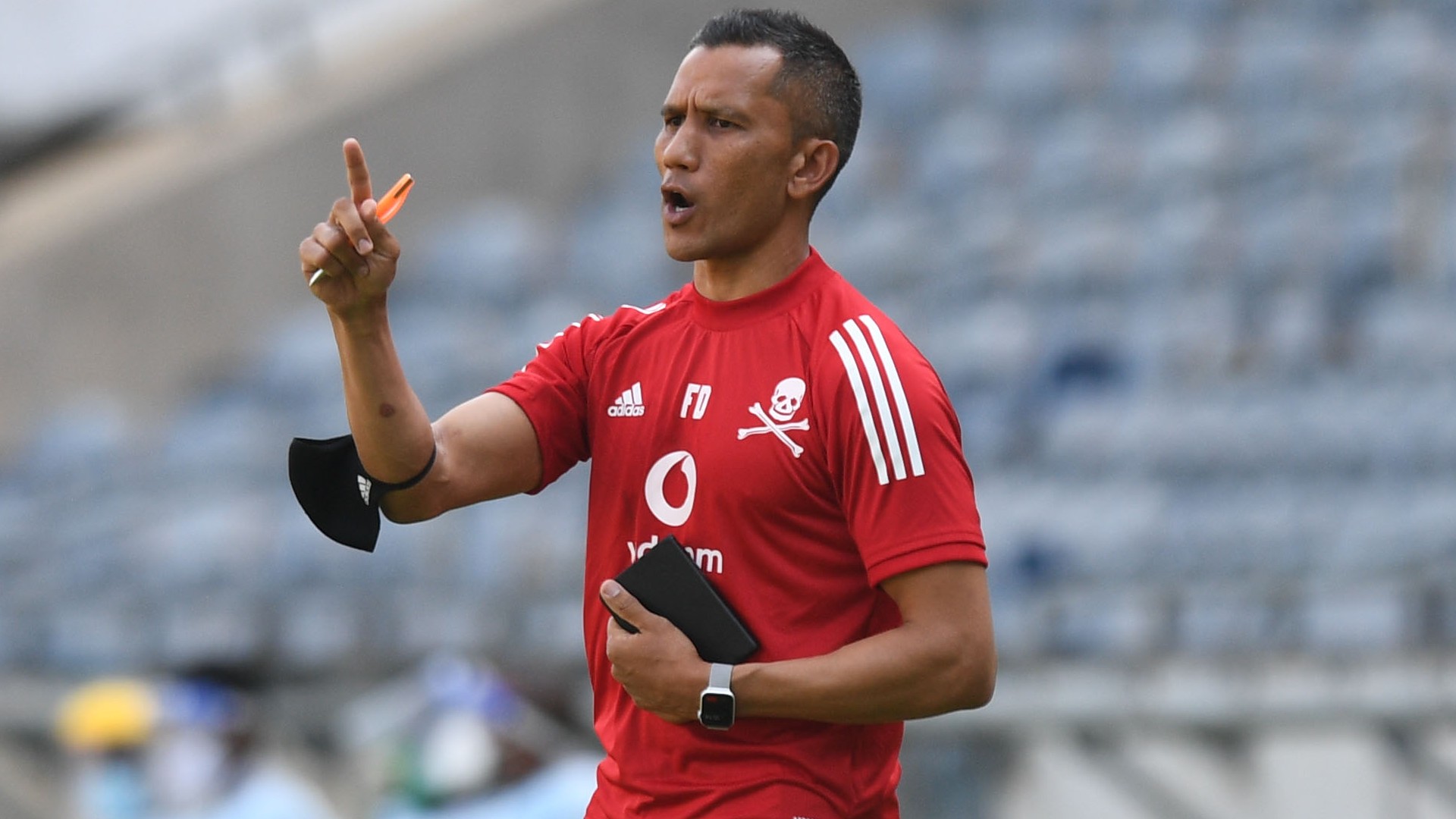 Orlando Pirates assistant coach Fadlu Davids has hailed Mamelodi Sundowns for using their “two moments’ to beat them in a Premier Soccer League match on Saturday.

In the match at Orlando Stadium, the defending champions needed a double from Peter Shalulile in the 54th and 72nd minutes to bag maximum points.

According to Davids, Pirates deserved to get something from the game as they had the best chances overall but Sundowns took their best moments to carry the day.

Davids has also praised Sundowns goalkeeper Denis Onyango for his top display which denied his side a chance to find the back of the net.

“Very, very nervy start,” Davids told the media as quoted by idiskitimes. “It started immediately with a kick-off turnover. And that really put us on the backfoot and not getting our structures right to be able to really put pressure on the ball.

“But we came back into the game.

“We forced them into the areas we wanted them to play. Think then we created the better chances, they had one across the edge of the box over, but we created good moments, and as the first half progressed, we came into it, we took control and finished the half strong.

“The second half we started and when things are going your way and you dominating without the ball, you having moments to score, we took it too easy, and that lapse of concentration which changed the game completely with them getting the 0-1 lead.”

'They have a really top keeper'

On the performance of the retired Uganda Cranes goalkeeper Onyango, Davids said: “But they have a really top, top goalkeeper, should have been the man of the match, made two, three top saves.

“And these are lessons that we’ve got to take, to be more clinical in these moments, they had two moments, and really good moments and they took it, that’s the difference on the day.”

The defeat left Pirates lying fourth on the 16-team table as they have collected eight points from five matches while Sundowns are top with 13 points.

The Buccaneers will next face Cape Town City on October 2 at Cape Town Stadium.