A stuttered run-up, the goalkeeper dives the wrong way, and the ball hits the back of the net. India went ahead against Bangladesh in the SAFF U-20 Championship final in the second minute, courtesy of Gurkirat Singh.

Scores level at 2-2 after 90 minutes, the match went into extra-time. Cut to the 99th minute. A half-turn and boom! A piledriver from 30 yards dipped in the nick of time to ripple the net as Asif Bhuiyan, the Bangladeshi keeper, was left bamboozled. Gurkirat struck the first and also the last nail in the coffin to fire India to their second consecutive SAFF U-20 championship. In fact, Gurkirat had scored both goals in normal time and then added two more for good measure in extra time, including that magnificent strike in the 99th minute. And after scoring eight goals in the tournament, including four in the final, he is hungry for more.

"I want to score more goals for my country," he stated immediately after picking up the top-scorer and MVP (Most Valuable Player) awards.

Who is SAFF U-20 Championship hero Gurkirat Singh?

Gurkirat Singh hails from Chandigarh and is a product of the famed Chandigarh Football Academy. He spent five years there honing his game before he was scouted into the India U16 set up by the All India Football Federation (AIFF).

"I used to play in my village and loved playing football. Senior players in my village asked me to go and join a good academy," Singh had told GOAL in an earlier interview.

"I went to Chandigarh to join CFA and my career started from there. I was there for almost five years. Then in 2017, I was selected for the India U16 team under Bibiano (Fernandes) sir. Then I joined Indian Arrows last year (2019) and I’ve been continuing there ever since." 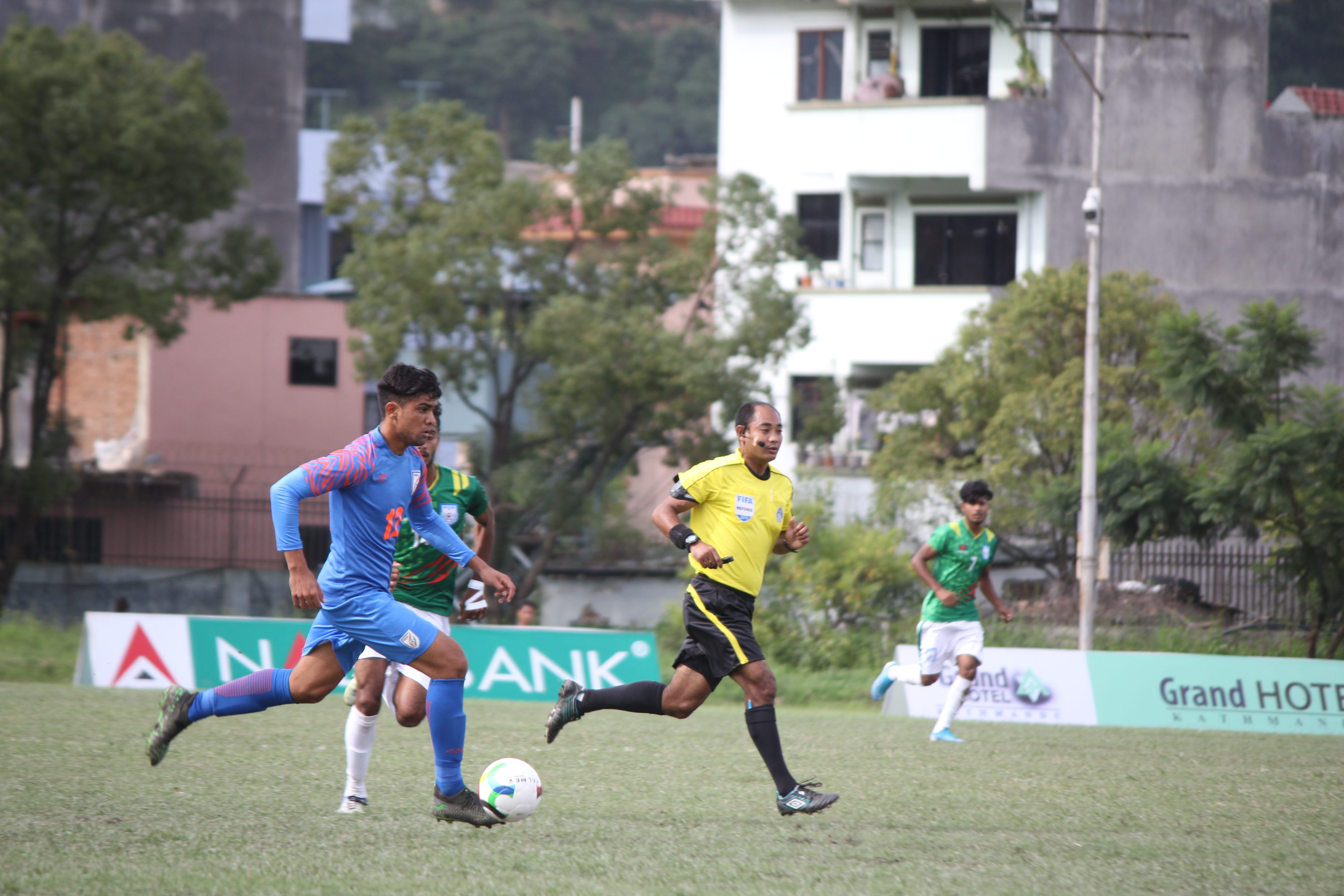 A versatile customer - Started as a defender, excelling as a forward

When he joined the Indian Arrows' set up, he was a defender and was an instrumental figure in the India U16 side that reached the quarter-finals of the 2018 AFC U16 Championship.

Floyd Pinto, the then coach of Arrows, saw his potential in the attacking third and started using him more in the advanced areas of the pitch. To take advantage of his height and sturdy physique, he would often be used as a forward, especially when the team was trailing.

"I was asked to play as a forward by Floyd sir. He told me to give it a try, playing as a forward. He told me it will be good for me. I tried and I felt it is a position I can play because in CFA also, I started as a forward," he stated.

Not many know, that Gurkirat was the joint top scorer in the 2019 SAFF U-18 tournament as well. However, in the previous edition, he netted just twice which proved to be enough to win the golden boot.

In the 2020-21 I-League season, he started blossoming as a forward as he went on to make 11 appearances. His performances did not go unnoticed and he was signed by Indian Super League (ISL) side Mumbai City FC on a three-year contract until May 2024 with an option to extend for another season.

He made 8 appearances in the last ISL season, mostly as a substitute. Coach Des Buckingham would surely like to make the most of the teenager in the upcoming campaign.