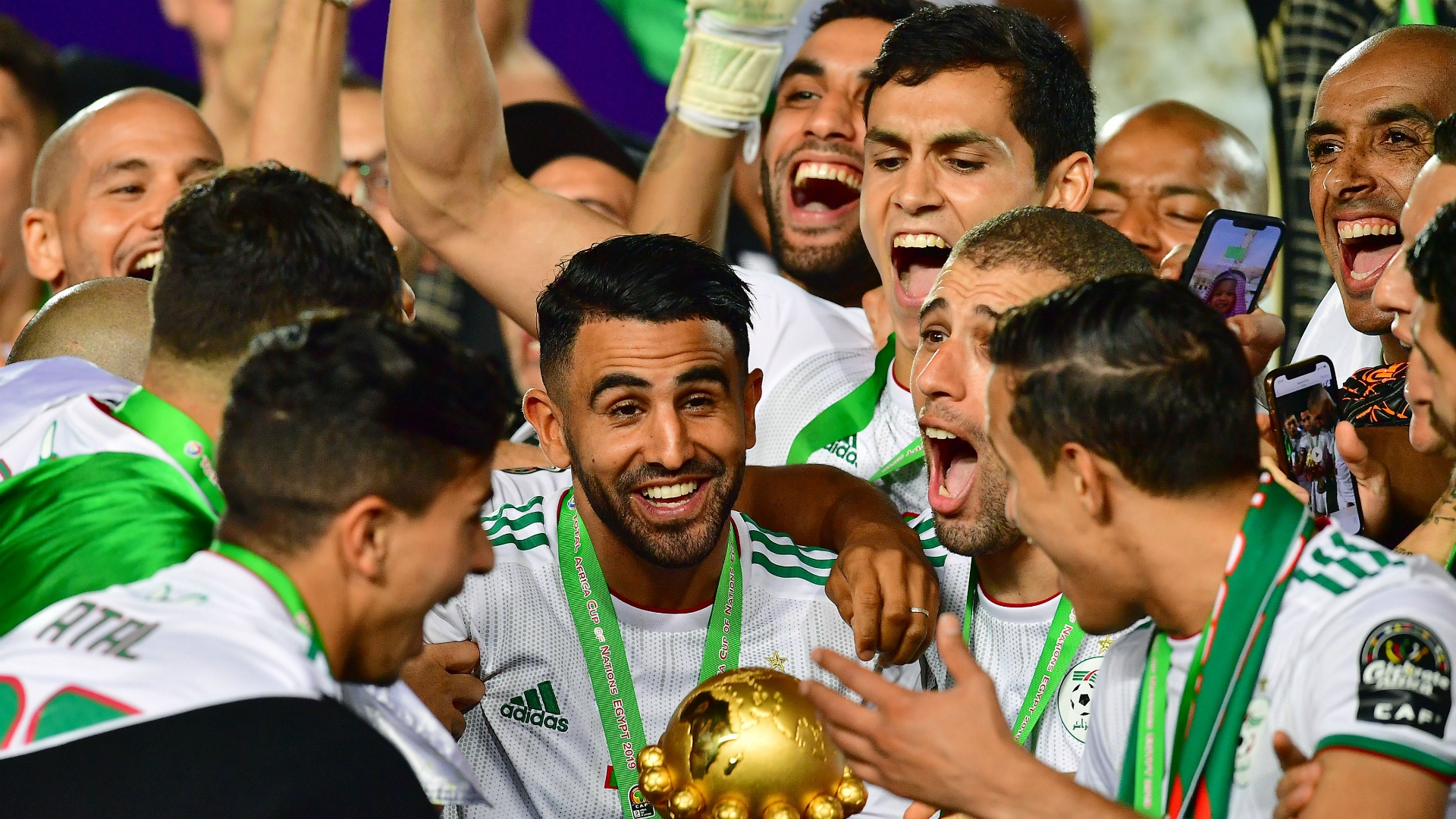 The tournament has drawn criticism for its biennial format, especially due to how in conflicts with the European season

Manchester City forward Riyad Mahrez has suggested the Africa Cup of Nations be held every four years rather than the current two-year format which has been since its inception.

The tournament is usually held during the winter instead of the summer, due to the rainy season which is prevalent in much of Africa.

It changed for the last edition in Egypt, which was held from June to July, Mahrez's Algeria claiming their second Afcon title after seeing off Senegal in Cairo.

This change was made possible because of Egypt's desert climate that sees little rainfall. However, with Cameroon in the more tropical climate hosting the 2021 edition, the tournament kick-off has been shifted forward to winter, further fuelling more criticism of Caf as a winter date clashes with the European club football season.

"Let’s make Afcon once every four years and in summer," Mahrez said in an Instagram Live interview.

"We loved Egypt, it wasn’t too hot. Every two years and in winter, that is why African football is not respected.

"You have a crazy amount of action in your own clubs, then you leave for two months."

Mahrez went on to narrate how Marseille was his dream club. He admits to having trials with the 10-time Ligue 1 champions as a youngster but was never able to make the cut before he joined Le Harve where his senior career would kick-off.

"I went to test in Marseille," he explains. "I was very happy because before, my heart's club was Marseille," Mahrez continued.

"I liked PSG, because it's my city but Marseille, I wanted to go there too much.

"I remember, the coach was Franck Passi. Everything was going well, so much so that Jose Anigo [then-Marseille sports director] comes down and tells me that they want me to sign.

"In my head, I was in a movie. I am 18 years old. Eight months before, I was in Sarcelles. He [Anigo] said to me: "How did you come? By train?" I said yes. He said to his secretary, "Get him a plane ticket for tonight." He passed me Marseille jerseys. I came back, I thought I had signed.

"We do not really know the underside, but, three or four days later, he [Angio] calls my agent, and says to him: "We have a player who is the same here, we don't want to get in the way of him, we don't want to put a spanner in the works." The player was [Billel] Omrani [currently in Cluj, Romania]."

After 66 outings and 22 goal involvements in three years with Le Havre, Mahrez moved to England where he shot himself to stardom with Leicester City and further with Manchester City.

He has been capped 57 times for Algeria having admitted he could have played for France.

Two players facing the dilemma of where to pledge their international allegiance are Lyon duo Houssem Aouar and Rayan Cherki, both of Algerian descent.

Aouar is one of the most sought after players in Europe, while Cherki is a 16-year-old who has already played 12 times for the senior team, scoring three goals and providing two assists.

Mahrez, however, says the choice is theirs to make.

"If Aouar wants to play for France, it's not a problem," Mahrez said.

"If he wants to play in Algeria with us, he is welcome. It's his choice, it's his career."

"Rayan Cherki I haven't seen him play much. He is still too young to talk about his future in selection."