What lessons can USWNT learn from the 2019 World Cup final to beat the Netherlands? 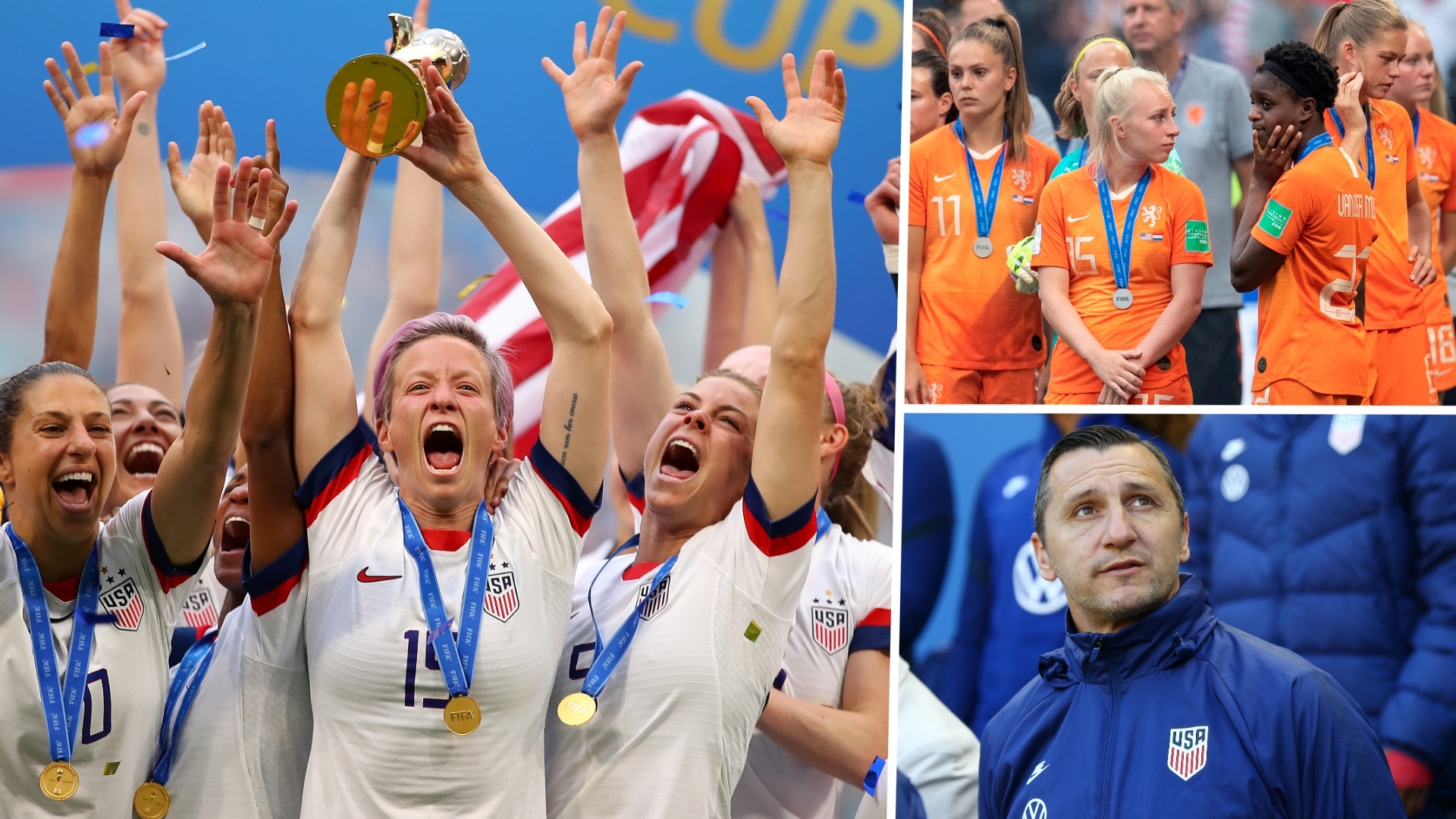 The U.S. overcame a resilient Dutch side to win the title in France two years ago, and they face an even tougher challenge at the Olympics this summer

The U.S. women’s national team has a major challenge on their hands in Friday’s Olympic quarter-final, as a confident and dangerous Netherlands side lies in wait.

After a lackluster group-stage performance, the USWNT will take on a Dutch team that has established themselves as a world power in recent years.

The Netherlands won the European Championship in 2017, and two years later cemented their status as a global force by advancing all the way to the World Cup final against the USWNT.

In that 2019 final in Lyon, the Oranje proved an able opponent for the U.S., but they could only hold out for so long before their opponents’ quality made the difference.

Megan Rapinoe and Rose Lavelle scored in the second half of a 2-0 win for the USWNT, clinching a second straight World Cup title.

The U.S. entered that match looking like an unstoppable force, winning all six of their games while scoring 24 goals and conceding just three. But this summer, cracks have begun to appear in the facade of the world’s top team.

Coming into the Olympics, the USWNT had not lost in two-and-a-half years, and had not been shutout in four years. But Vlatko Andonovski’s side were thrashed 3-0 in their opener by Sweden, and were shut out twice in a disappointing group stage that saw them end with just four points.

The Netherlands are well aware they are facing a wounded opponent.

"We do see opportunities against America, because in the group stage it turned out that they are vulnerable,” head coach Sarina Wiegman said. "Now is the time, now it has to happen.”

To make it happen, Wiegman has a choice: attack the U.S. and leave her vulnerable defense more exposed, or sit back like they did in the final two years ago.

In the World Cup final, Wiegman surprisingly deployed star forward Vivianne Miedema in a more withdrawn role and used the speedy Lineth Beerensteyn up top to try and hit the USWNT on the counter.

Would Wiegman do the same on Friday? It appears unlikely. Miedema has already set the record for goals in a single Olympics with eight, and taking her out of her best role would seem to be an unnecessarily reactive move.

If the high-scoring Dutch continue with their attacking approach, it will open up gaps for the USWNT to potentially exploit.

“As open as they play, sometimes they have areas of the field that are more open, so hopefully we can take advantage of that,” Andonovski told the media on Wednesday.

The USWNT attack has been surprisingly limp in Japan, totaling just 13 shots on target in their first three matches, an average of just over four per game. At the 2019 World Cup, the USWNT averaged more than eight shots on target per game.

Testing Netherlands goalkeeper Sari van Veenendaal as often as possible is a sensible goal for the USWNT. Van Veenendaal frustrated the U.S. in the World Cup final in a performance that helped her lock down the Golden Glove award, but she has been off her best form in Japan thus far.

More than any tactical adjustment though, the USWNT will need to summon the same resilience that they used to overcome the Dutch in France.

After scoring within the first 13 minutes of every game leading up to the World Cup final, the U.S. were held scoreless through the entire first half in Lyon.

The Netherlands flew into every challenge – sometimes illegally – as they aimed to throw the USWNT off their stride.

Eventually, the USWNT broke through the Dutch resistance. The U.S. has been somewhat flat in Japan thus far, but the same tenacity and perseverance they demonstrated in the World Cup final will be required on Friday.

It was far from an ideal group stage, but it will matter not one bit if the USWNT can snap out of their funk when the Olympic knockouts begin.

“It's about playing the long game,” Crystal Dunn said. “These tournaments are marathons, not sprints.”

For more on the USWNT's chances at the Olympics and to hear from guests such as Hope Solo, subscribe to Goal's new podcast, 'All Of Us: The U.S. Women's Soccer Show', wherever you listen to your podcasts.