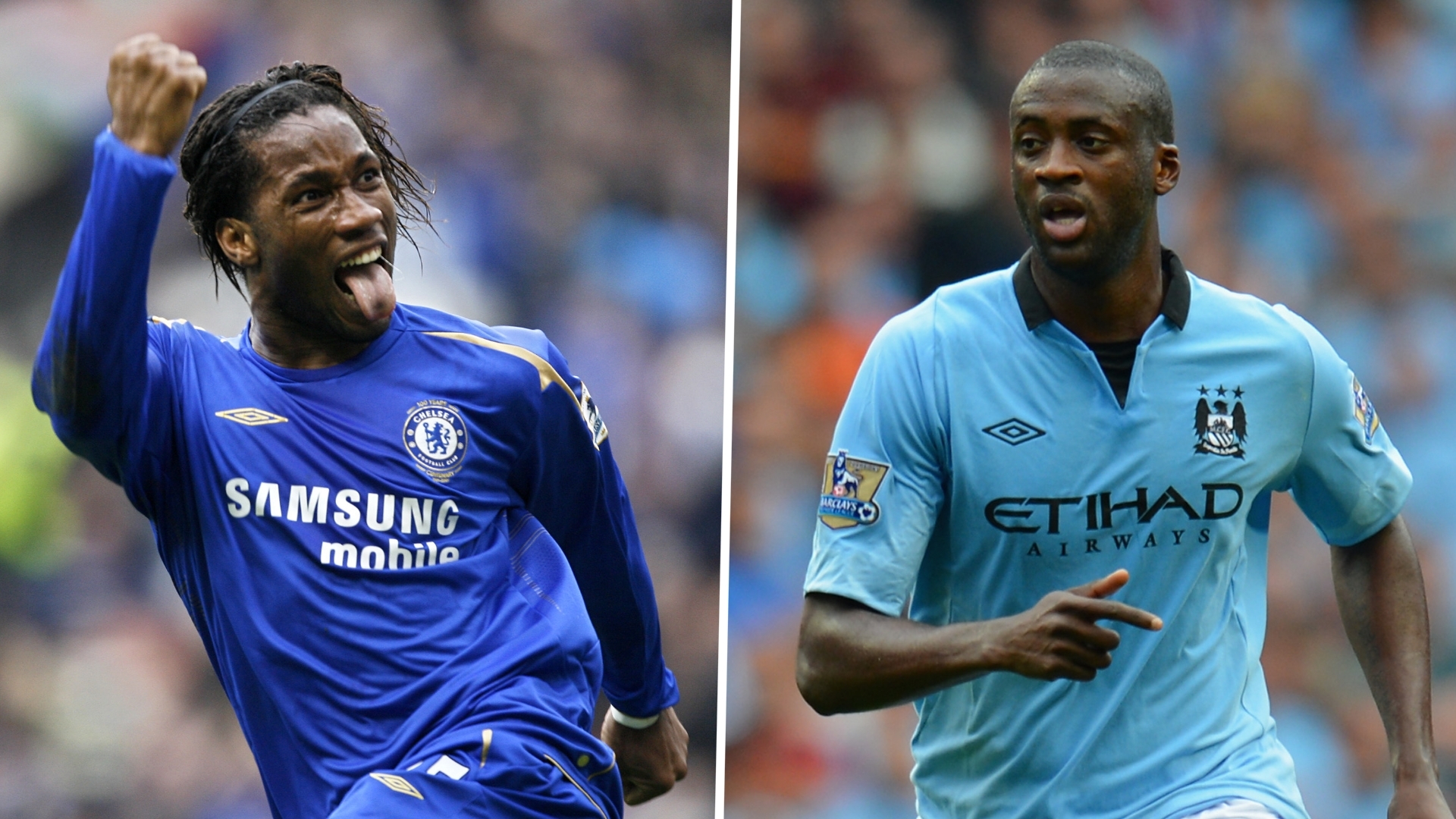 Which of their African stars played the greater role in propelling the Blues and the Citizens to the pinnacle of the English game?

It’s only five matches into the season, but already Saturday’s meeting between Chelsea and Manchester City has the feel of a title decider.

While the London Blues are top of the table (on head-to-head from Liverpool by virtue of their away goal in the pulsating 1-1 draw against at Anfield a fortnight ago), the visiting Citizens are three points further back. It is nevertheless accepted that these two will have been the principal actors in the title drama come May.

Some of that is to do with the fact that Chelsea are reigning European champions, and have in the dugout the man considered to be the strongest tactician in the business in some circles. Thomas Tuchel’s transformation of the side has garnered many column inches, as has the sheer meanness of the rearguard he has constructed.

However, in adding a true blockbuster centre-forward in Romelu Lukaku this summer, the London club simply reinforced a core tenet of their rise over the last 20 years: a relentless focus on recruiting the game’s elite talents.

On their part, City have, historically, been strong finishers.

A slow start in 2018/19 had Pep Guardiola’s men eight points back at the turn of the year, before they stormed back to overtake Liverpool and claim the crown.

They may be a little off the pace – they were in fact fortunate not to concede a penalty in the goalless draw with Southampton last weekend – but they have added the league’s strongest ball carrier in Jack Grealish to what was an already stellar squad.

There is a sense already that, especially considering the fact City did not manage to sign the striker they clearly wanted, the margin may simply come down to which big-money signing pays off more

Wielding immense financial muscle is, of course, an approach that has defined the entrance of these two clubs into the aristocracy.

Over the first two decades of the Premier League, it would have been unthinkable for this fixture to have such a feel of definitiveness.

Indeed, their meetings often featured lopsided results, especially at Stamford Bridge—after the inaugural season in 1992/93, Chelsea did not lose a home game to Manchester City until 2009/10.

Who has been the greatest Ivorian import to the Premier League?

By that point, both clubs had come to be defined by respective Ivorian imports: for Chelsea, Didier Drogba; for City, Yaya Toure.

In one way, one might consider the club’s two biggest signings this summer as updated analogues of those two players, and therefore homages to them.

Drogba was the battering ram centre-forward par excellence of that era, powerful enough to crash his way through but also capable of preying on weakness. Yaya Toure carried the ball through the thirds with an elegance that belied his size, an excellent dribbler and creator capable of fulfilling different roles in midfield.

The signing of both players came to represent the beginning of their respective clubs’ periods of dominance, despite both being objectively less productive parts of strong ensembles – Drogba was outscored comprehensively by Frank Lampard, a nominal midfielder, while the goalscoring burden at City more understandably fell on Sergio Aguero.

So which was more influential for his club?

You will often hear of Yaya’s contribution to Manchester City’s FA Cup triumph in 2011 as marking a turning point for the Citizens, and in a way it did.

Success breeds success, and feeds on itself in a never-ending feedback loop. However, in spite of this he is spoken of in far less reverential terms by City fans than Drogba is by Chelsea’s.

Some of it is a consequence of the manner in which he left the club, of course. But focusing purely on the football, Yaya won and contributed significantly to fewer title wins than Drogba did; 4-3 is close, until one considers that the last of Yaya’s wins saw him sit out the majority of the campaign, before enjoying a bright burst toward the end.

Drogba also had the edge in terms of moments on the big stage, even though the fact he was a striker skews this slightly.

However, perhaps the biggest plus for Drogba, even above his “big game player” tag, was his record on the continent.

He is Chelsea’s highest scorer in European competition, and produced a seminal moment with the final kick of his first spell at the club, winning the Blues their first Champions League from the penalty spot in Munich.

Yaya cannot have been expected to compete in the goal stakes, but his general performances in Europe lacked consistency and were emblematic of City’s struggle as a team in Europe.

His inability to step up in key moments, and the club’s consequent struggles to make an impact in the competition, mean his legacy can feel a little incomplete at times.

To give him his due, he did more directly kick-start Manchester City’s rise to the top of English football. However, Drogba did so much more to sustain Chelsea at that level and see the project through to its apotheosis.