Chelsea
Chris Burton
11:55 21/03/2019 Comments()
Getty Images
The Brazil international will see his current deal expire in the summer of 2020 and admits to being unsure as to what the Blues' future plans are

Willian has expressed a desire to extend his spell at Chelsea but is still waiting on the offer of a new contract.

As things stand, the Brazil international forward is due to become a free agent in the summer of 2020.

In many ways, his situation mirrors that of Blues team-mate Eden Hazard.

The Belgian is also seeing his current deal run down amid a backdrop of intense transfer speculation.

Willian has sparked exit talk of his own in recent times, with Manchester United and Paris Saint-Germain said to be among the 30-year-old’s many suitors.

He admits to being unsure as to what the future will hold, with no fresh terms discussed as yet with those at Stamford Bridge, but is hoping to prolong a six-year stint in west London.

Willian told the Evening Standard: “I have one year left, but of course I want to play for this club.

“I don’t know if they want me, but of course I want to continue here.

“This club is very special to me. I won titles here, I have the affection from the fans and from the people that work in the club.

“I feel comfortable to stay. I am happy when I play well and score goals. I can give a different light.” 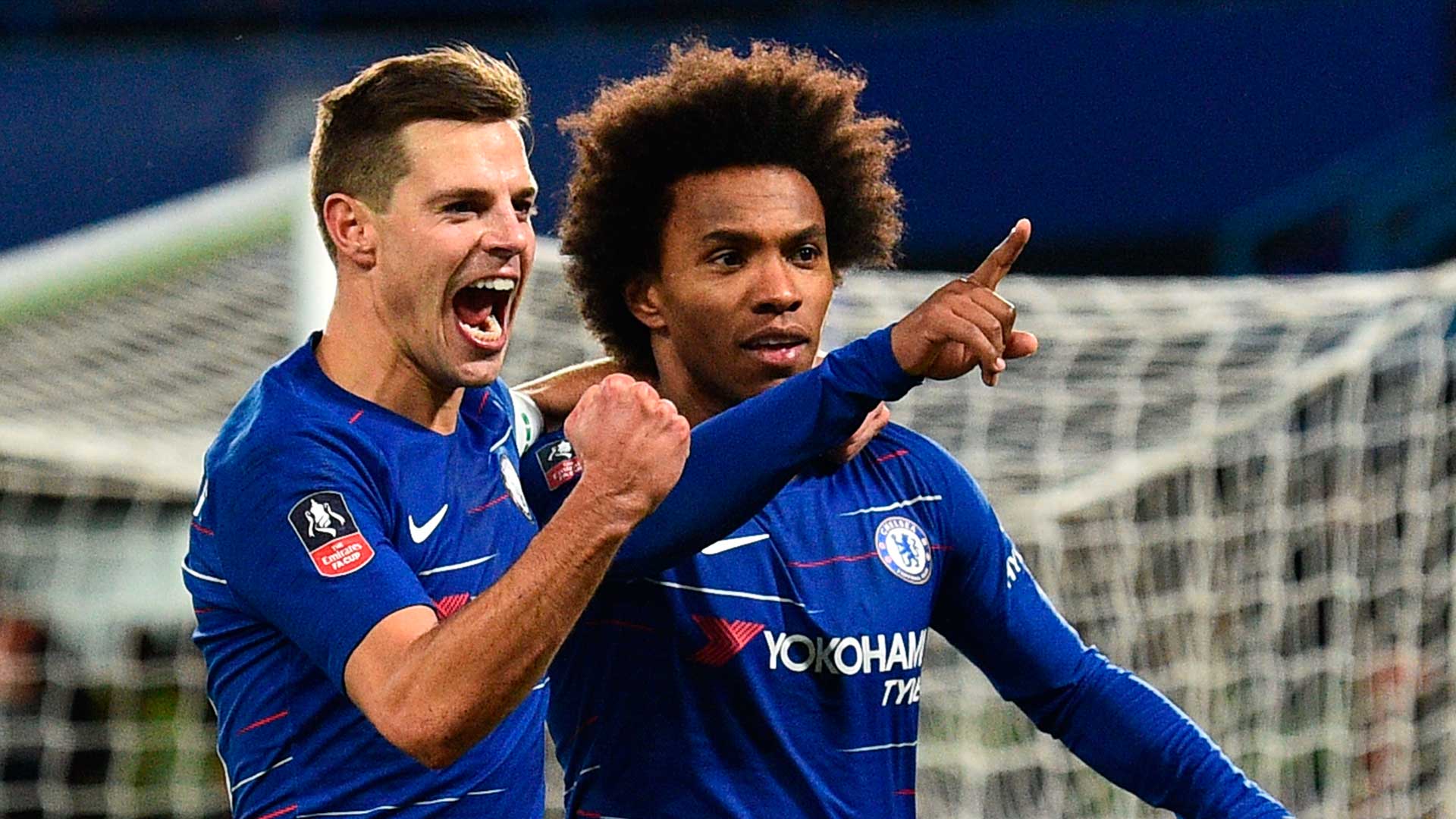 Willian has been an important figure for Chelsea again this season.

Across 46 appearances, the South American has contributed eight goals and 12 assists.

He found the target on 13 occasions across all competitions in 2017-18, with that return representing a personal best in his career to date.

Maurizio Sarri could do with seeing Willian get close to matching that figure this term.

The Blues’ Italian coach has endured a testing debut campaign in England, but can still deliver a positive finish.

Chelsea remain in contention for a top-four standing in the Premier League, sitting just three points off the pace in sixth.

They are also through to the quarter-finals of the Europa League, where they will face Slavia Prague, and success in that competition could offer them an alternative route into the Champions League for 2019-20.