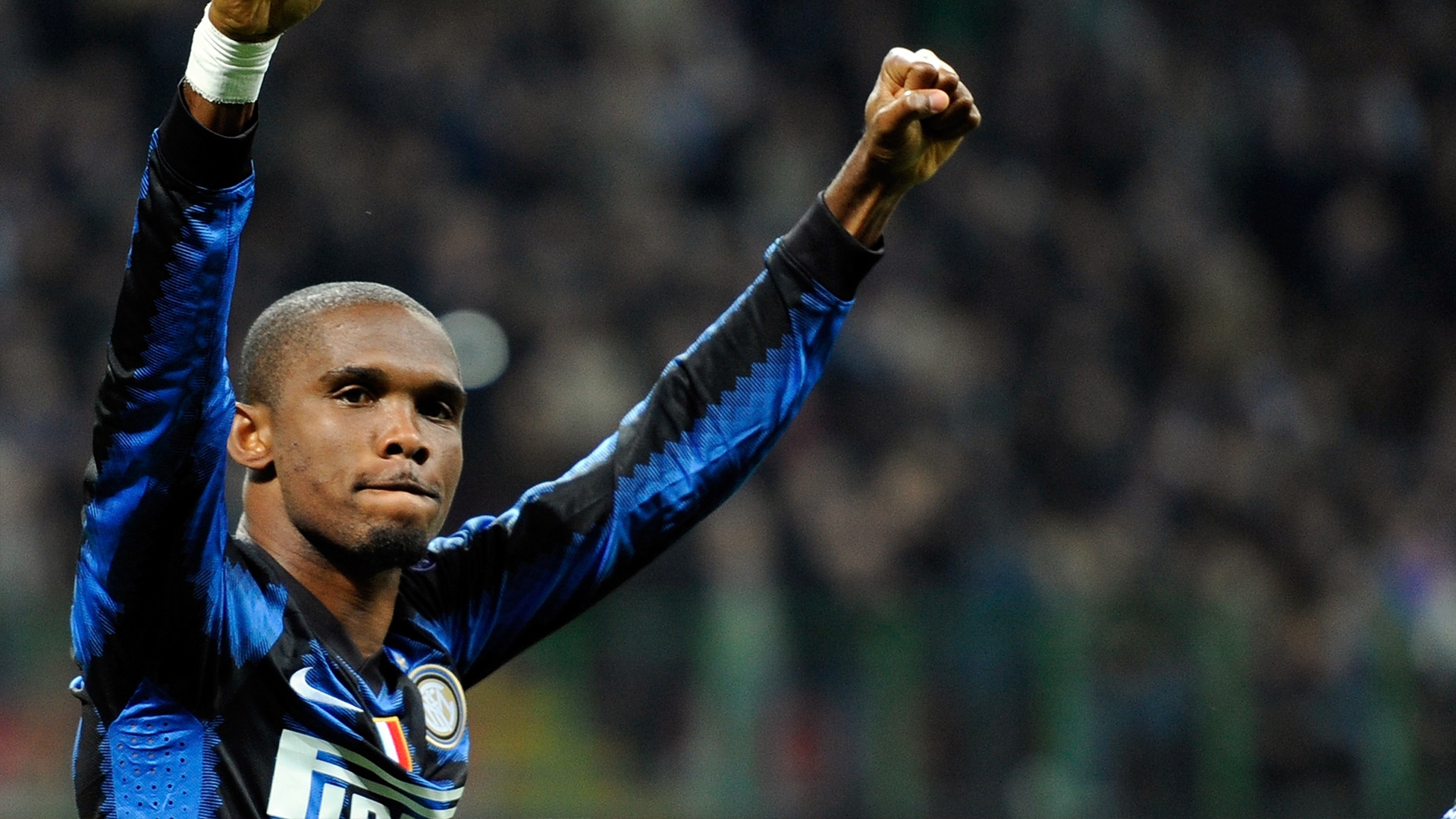 The retired Cameroon forward was part of the successful Nerazzurri side that lifted the treble of the Serie A, Coppa Italia and Champions League

Samuel Eto'o has asserted unity across the Inter Milan organisation was the secret to their treble triumph during the 2009-10 season.

The 39-year old Cameroonian had arrived the San Siro from Barcelona in the summer of 2009, where he had also achieved the treble under the watch of Pep Guardiola.

Jose Mourinho also arrived Inter that summer and Eto'o went on to score 16 goals in all competitions one of which came in an important 3-1 Champions League semi-final first leg victory over his former employers.

"That team was like a family, like a second home, all united, from the cooks to the warehouse workers. This was our secret," Eto'o told Sportmediaset.

Eto'o also paid tribute to Mourinho and then-Inter president Massimo Moratti whom he called a "great person" and a "second dad" respectively.

"Mourinho will always remain in my heart, a great person as well as a great trainer," Eto'o continued.

"The treble is an extraordinary memory also because I lived it with incredible people. All my companions, of course, but also Massimo Moratti, who was like a second dad in my life.

"I have never seen such a good and just person [Moratti] in this world. I have to thank him and all the other members of the management because to write the story we have had to play, they had to work a lot.

"It was an honour. My dream was to win the World Cup with Cameroon and this was not possible. However, Inter had allowed me to reach another level and for this I will always be grateful to this team."

Eto'o - who scored a total of 53 goals in 102 competitive outings for Inter and won a total of six titles in the Italian fashion capital, also cited defender Marco Materazzi playing a part in his transfer exchange that involved Zlatan Ibrahimovic going to the Camp Nou.

"Materazzi sent me a message to tell me to come to Inter and make him win the Champions League, while Mourinho sent me the Nerazzurri shirt with the number 9," he said.

After three seasons in Milan, Eto'o played for Anzhi Makhachkala in Russia, Chelsea, Everton, Sampdoria, Antalyaspor and Konyaspor before hanging up his boots at Qatar SC with a club career total of 371 goals.