From the NWSL to Australia and Venezuela: Allegations of sexual abuse in women’s football have become a ‘movement’ 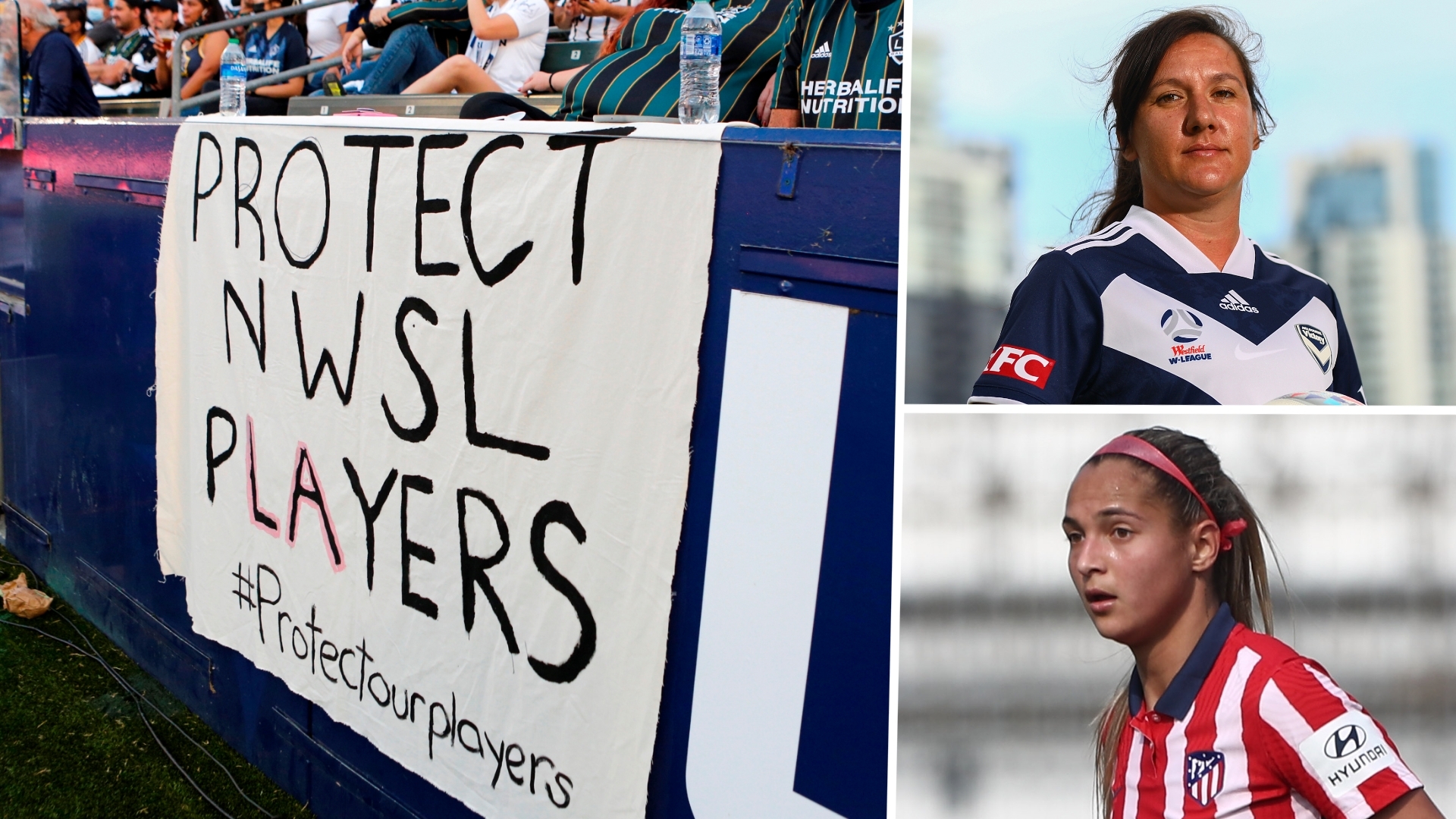 After alleged abuse by former North Carolina Courage coach Paul Riley in the United States, players across the globe are now sharing their stories

This week, Sinead Farrelly, Meleana Shim and Alex Morgan all appeared on Today, the American morning news show with millions of viewers.

Their appearances came in light of the allegations made against Paul Riley, the now-sacked North Carolina Courage coach who has labelled the claims “completely untrue”.

In a report by The Athletic, Farelly and Shim accused Riley of inappropriate behaviour, including making them kiss to avoid a training exercise, while Farrelly also accused the 58-year-old of sexual coercion.

Shim had sought Morgan out to help report a complaint, and the U.S. women’s national team star has been supporting the incredibly brave women ever since.

The appearance, which ran for just over seven minutes, was powerful and damning for the NWSL, which knew about the complaints against Riley that ended his days at the Portland Thorns, but allowed him to be rehired in the league.

There was one line from Farrelly, however, that stood out. “Everyone who has reached out and shown support,” she said, “has turned this moment into a movement.”

What has happened since certainly suggests she is right.

USWNT forward Megan Rapinoe was one of many who tweeted after the allegations against Riley came to light. “Men protecting men, who are abusing women,” she wrote.

The next day, the signs of this becoming a movement would begin, as recently-retired Australia forward Lisa De Vanna had something to say.

“I agree,” she wrote in response to Rapinoe’s tweet. “But I have witnessed [with] my eyes: women protecting women who abuse women, players protecting senior players who abuse younger players, organisations protecting ‘coaches/players’ who abuse players. Abuse is abuse. Poor behaviour is poor across all boards!”

The 36-year-old then spoke to Sydney’s Daily Telegraph newspaper about her experiences in football, alleging that she was first harassed, abused and bullied as a 17-year-old joining the national team for the first time.

"I was pulled down from behind and dry-humped by a few of my team-mates. I fought my way off the floor kicking and screaming. They thought it was funny," she explained.

“As a youngster and a player, I didn’t know how to address this. But it is still happening across all levels and it’s time to speak up.”

With these alleged incidents dating back to before Football Australia was formed, the current governing body responded to say that it is now working with Sport Integrity Australia to create a process to investigate historical allegations.

“It’s bigger than the sport. This is about safety in our own lives ... the players deserve that.”

The movement has now spread to Venezuela too. On Tuesday, Atletico Madrid star Deyna Castellanos, one of her country’s most recognised sports stars, posted a statement on behalf of 24 female footballers.

“We, the players of the Venezuelan national team, have decided to break our silence to prevent the situations of abuse and harassment - physical, psychological and sexual - caused by football coach Kenneth Zseremeta from taking more victims in women's football and in the world,” it reads.

The statement details “physical and psychological abuse” of players in training as well as the sexual abuse of one player in particular.

“Last year (2020), one of our team-mates confessed to us that she had been sexually abused since she was 14 years old (2014) by coach Kenneth Zseremeta. This abuse lasted until he was fired. His accomplice in all this is Williams Pino.”

The Venezuelan Football Federation issued a message of support in light of the statement on Tuesday, but has not spoken about whether there will be an investigation.

Castellanos then posted her own statement, in which she thanked Shim and Farrelly for telling their story. In that, she wrote: “It is NOT normal for people to see what is happening and who COULD do something to change the situation choose NOT to do it; they are not victims of the situation, they are accomplices.”

That has been one of the main takeaways from this past week. This problem goes beyond those directly in the firing line, and it is just as harrowing to think of those who have allowed abuse to continue.

That Riley was allowed to move on to another club despite being let go from his previous job because of complaints about his behaviour is simply inexcusable.

The momentum that is being gained suggests there could well be more stories to come just like the horrible ones of the past week. These stories are certainly not enjoyable to read, in any way, sense or form. But they are important.

Women’s football has been through a seriously shocking week and it does not look like it is going to end soon. The solidarity that was shown for Farrelly and Shim in the pause of Wednesday's matches was just another indication of how the players are coming together to make sure this problem is not ignored and that change happens.

The suspension of Riley’s coaching license is one small step in the right direction. The announcement of no fewer than five separate investigations into the allegations against him will hopefully see further action taken, and the same goes for the independent process to investigate allegations in Australia. But it will take a long time until all of these small steps are enough.

"I want more," Shim said on Today. "I want more justice, I want better policies, I want players to be protected."

And so she should. That is the least that every victim of these institutional failures deserves.