Messi hits out at referee, saying 'he does it on purpose' after Argentina scrape 1-0 win over Peru 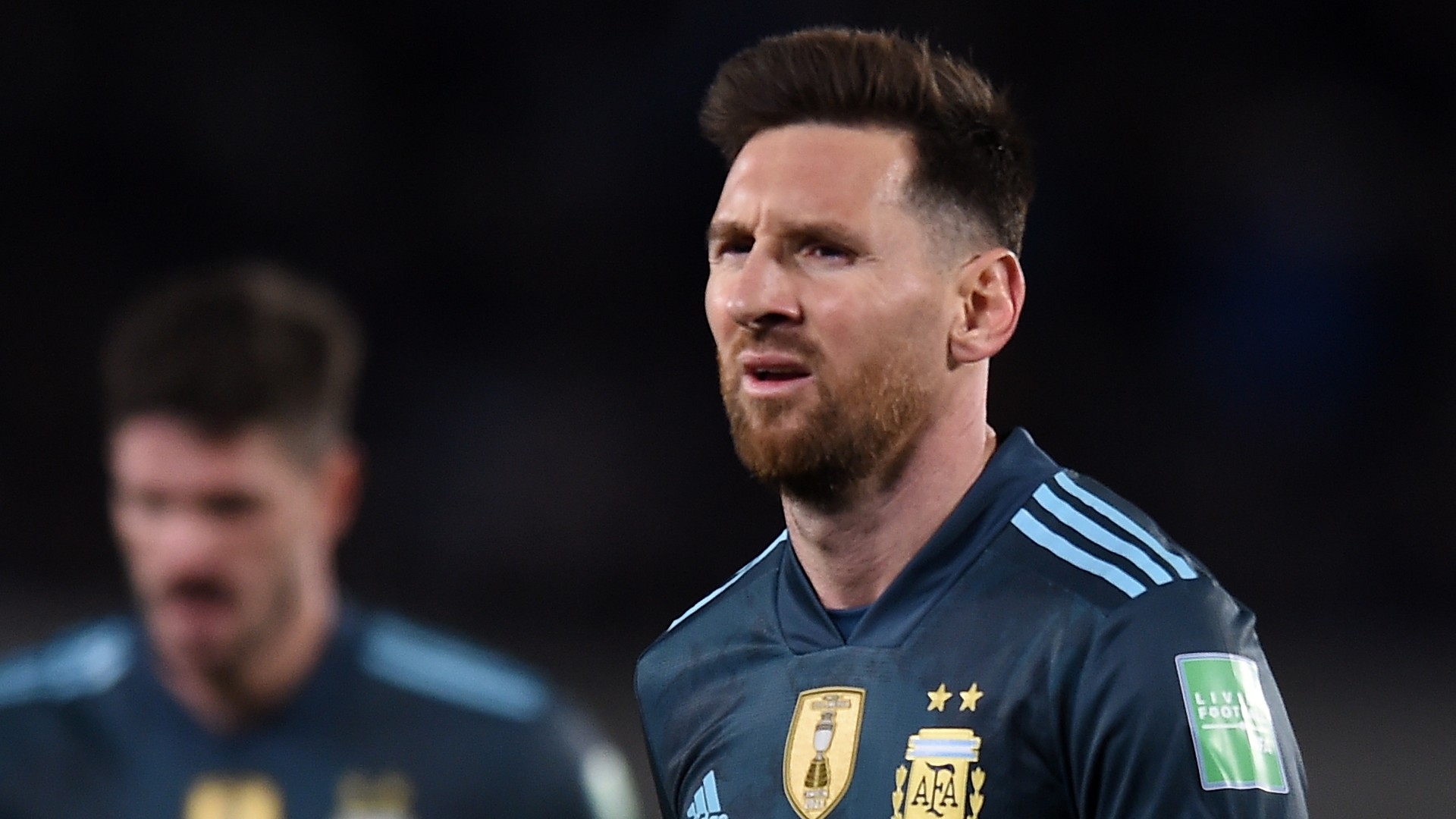 The PSG superstar is not a fan of Brazilian match official Wilton Sampaio, but he is happy to have three more points on the road to Qatar 2022

A solitary strike from Inter forward Lautaro Martinez was enough to earn the Albiceleste three more points on the road to Qatar 2022.

Six-time Ballon d’Or winner Messi endured an off night as he struggled to make an impact, with the 34-year-old suggesting afterwards that testing conditions and those calling the shots conspired against him.

Messi posted on Instagram: "Difficult match, difficult to play. A lot of wind, they were playing deep, leaving little space for us.

"The referee always does this when he referees us, as if he does it on purpose. But well, three important points and we're close to our objective."

Why was Messi frustrated?

Argentina toiled for long periods against Peru and were fortunate to leave with maximum points after seeing the hosts awarded a second-half penalty.

That may have been the decision that incurred Messi’s wrath, but he and his international team-mates were let off the hook when Yoshimar Yotun cannoned his spot-kick off the crossbar.

Has Sampaio refereed Argentina before?

Argentina’s meeting with Peru represented the fifth time in which they have been officiated by Sampaio.

Messi clearly is not a fan, but the Albiceleste are unbeaten when the Brazilian is the man in the middle.

Their first outing under Sampaio also came against Peru in a World Cup qualifier back in October 2017, with that game ending 0-0.

A group-stage meeting with Paraguay at the 2019 Copa America finished 1-1, before Argentina got into the winning habit.

A further Copa America contest against Uruguay saw Guido Rodriguez net a decisive goal, while Ecuador were seen off 3-0 in the same competition.

Reasons to be cheerful

Messi would appear to have little to complain about, especially as Argentina have extended an impressive unbeaten record to 25 games.

Lionel Scaloni is just the second Albiceleste coach to oversee such a run, after Alfio Basile, and he believes there is still more to come from the 2021 Copa America winners.

He told reporters after edging out Peru: "Today we felt a bit tired. Playing three games in South America is wearisome.

"We took it forward and got the three points, which is what we wanted.

"It was a very important game and there was tension for that. I do not think that Argentina was satisfied with the result. Peru played well, they are a very difficult opponent. Apart from the penalty incident, I think we controlled the game."