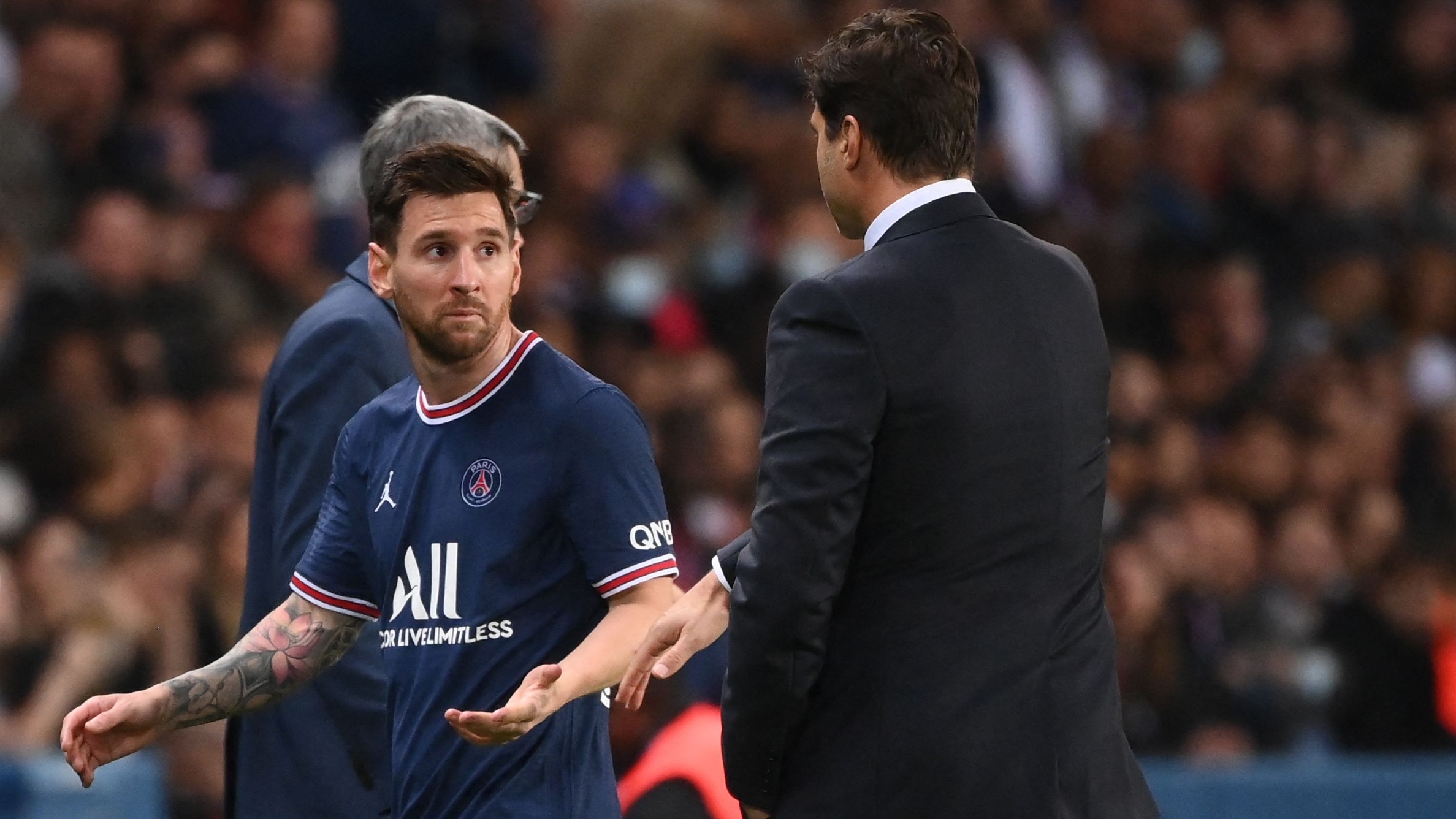 If Lionel Messi thought his transition from Barcelona to Paris Saint-Germain was going to be seamless, he will quickly have appreciated that life in the French capital promises to be very different to what he was used to at Camp Nou.

Messi had grown used to being the boss at Barca. More than 20 years at the club, a record number of goals and six Ballon d’Or titles had made him untouchable, a status that remained undiminished in recent years, even in light of the decline of the Catalan side.

At PSG, though, things will not come quite so easy.

If that was not apparent during his brief cameo in a victory over Reims on debut or even as PSG were asphyxiated by Club Brugge in the Champions League and forced to settle for a 1-1 draw, it was made evident in Sunday’s match with Lyon.

Two incidents during the fixture were particularly telling.

Prior to kick off, PSG midfielder Ander Herrera had been asked in an interview with Marca who would take the club’s penalties this season, with Messi vying with Neymar and Kylian Mbappe for the responsibility. The Spaniard joked that they might play ‘paper, rock, scissors’ for the honour.

When it came to the crunch against Lyon, though, Neymar simply scooped up the ball and took command of the situation.

That was the first sign that Messi will not hold an untouchable status in his new home.

The second came shortly afterwards as head coach Mauricio Pochettino withdrew him to be replaced by Achraf Hakimi.

This was a particularly stinging blow to the Argentine, who is scantly used to being taken off, much less with the game still in the balance. His withering look to Pochettino was seen by the world while afterwards he was seen in discussion with compatriot Leandro Paredes on the bench.

It proved a successful move by the coach as PSG went on to win the game thanks to a late header from Mauro Icardi after a delicious delivery from Kylian Mbappe, who continues to be the club’s clutch player, having recorded a goal or an assist in every match this season.

“These are decisions made for the team and everyone knows we have many great players. We have to take these decisions,” Pochettino explained in the aftermath.

“We made the decision to take Messi off because of a possible future injury.

“We have important matches coming up and we have to protect him.”

PSG do have a packed schedule in the days ahead, with a trip to Metz on Wednesday following by a potentially tricky match at home to Montpellier and then a Champions League meeting with Manchester City, which has taken on additional importance following the failure to win in Belgium.

Legendary France and Arsenal striker Thierry Henry, who played with Messi at Barcelona and now works as a Ligue 1 pundit for Amazon Prime , explained the player’s feelings.

“His reaction did not surprise me. Maybe he didn't want to come off,” he said. “We don't know what they're saying to each other. Let's not start the controversy.

“He surely wanted to stay on the pitch so he could score.”

Pochettino’s decision appeared to be justified on Monday as Messi was the recipient of a dead leg shortly before being withdrawn against Lyon and led to him failing to complete Monday’s training regime fully.

Nevertheless, it is evident that if it were up to Messi, he would have remained on the field against Lyon.

While Messi is still treated with a healthy respect at PSG, he has not yet held up to the untouchable iconic standard that was the case at Barcelona, where he was the undoubted alpha. Moving club for the first time and stepping into the territory of two big egos in the form of Mbappe and Neymar, he has quickly learned that he is not the boss.

And so it has not been the dream start at PSG that Messi might have wished, but this is the reality that faces him. It is also one that he will have to quickly adapt to if this new chapter of his career is to prove a success.