An eighth home draw of the season against West Bromwich Albion on Saturday has left Manchester United still playing catch-up in the race for fourth place in the Premier League, and with Everton coming to town on Tuesday things are not about to get any easier for Jose Mourinho's side.

Barkley must impress against Man Utd

The Portuguese will be able to welcome back two crucial players from suspension, most notably top scorer Zlatan Ibrahimovic, but it will take a significant upturn in their form at Old Trafford to change their Old Trafford fortunes this term. Already Burnley, Stoke City, West Ham United, Hull City, Bournemouth, West Brom, Liverpool and Arsenal have come to M16 and left with a point, and Mourinho knows that United will likely to have to win all four of their remaining home games if they are to reach the Champions League spots throguh their league placing.

Ronald Koeman's men will arrive in Manchester with bruised egos after their 3-1 Merseyside derby defeat to Everton at the weekend, and they still have hopes of a top-six finish in light of Arsenal's dismal run of one win in their last six league games.

Paul Pogba could return to action after almost three weeks out with a hamstring injury having taken part in a public training session following Saturday's 0-0 draw with West Brom. The Frenchman has missed two games after limping off during the 1-0 Europa League win over Rostov at Old Trafford but he seemed to be moving freely when warming down with other non-playing squad members at the weekend and could be handed a recall.

Wayne Rooney came through a 20-minute run-out against West Brom having overcome a knee injury but there will still be no Chris Smalling, Phil Jones or Juan Mata.

Jones suffered a foot injury after a collision with Smalling in England training, while the latter followed him to the injury list by picking up a knee problem on international duty. Meanwhile Mata underwent groin surgery last week and could join the defenders in missing the rest of the season as a result. Mourinho admitted on Saturday that he could not put a date on the return of any of the trio but could only say that they are all suffering long-term issues.

Zlatan Ibrahimovic returns to the side following the three-match ban handed down to him for his vicious elbow on Tyrone Mings against Bournemouth. In his absence United went out of the FA Cup at the hands of Chelsea and picked up four points from a possible six in the league as they saw off Middlesbrough but drew with West Brom.

Ander Herrera is also back having seen red in the cup loss at Chelsea. He missed two domestic games since it was his second sending-off of the campaign but returns at a time when United are short on numbers.

Everton have a clean disciplinary record of late, leaving Ronald Koeman free to choose from all of his fit players for the trip to Old Trafford. 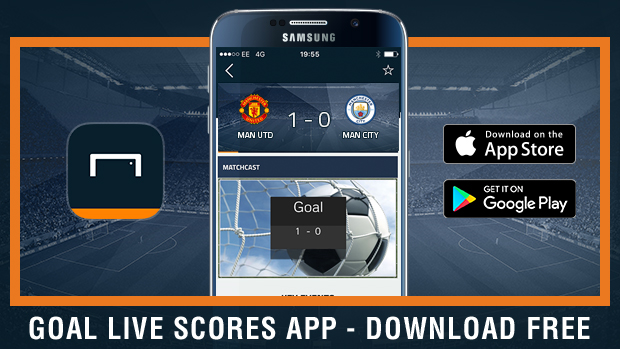 The returns of Ibrahimovic and Herrera will help to make United's starting line-up take a more familiar look for Everton's visit. With Pogba a possible returnee too, Mourinho could suddenly have a host of options in the attacking half of the field.

The manager's public criticism of his front four on Saturday could lead to a couple of major changes, with the under-fire Anthony Martial and Jesse Lingard under particular threat but Marcus Rashford and Henrikh Mkhitaryan also potentially missing out. That desire to shake things up may allow Wayne Rooney a rare starting opportunity against his former club.

Daley Blind could come in to spell Ashley Young, while Luke Shaw met up with the squad on Monday despite being again warned by Mourinho that he is not meeting the requirements expected of him this week.

Led by the prolific Romelu Lukaku, Everton have spent the majority of the season breathing down the necks of the top six but will have been disappointed with their efforts in the 3-1 reverse at Anfield on Saturday.

Ronald Koeman's side have gained a lot of praise for mixing a fluid style of football with a propensity to gain positive results. Add in the success story of youngster Tom Davies in midfield and the weekend emergence of Matthew Pennington, and there are plenty of reasons for Evertonians to be cheerful.

Tuesday's game might come a little too soon for Morgan Schneiderlin as he continues to recover from a calf injury, meaning he might miss out on a speedy return to Old Trafford following his January departure.

The match at Old Trafford begins at 20:00 BST, with live television coverage available on BT Sport 1.