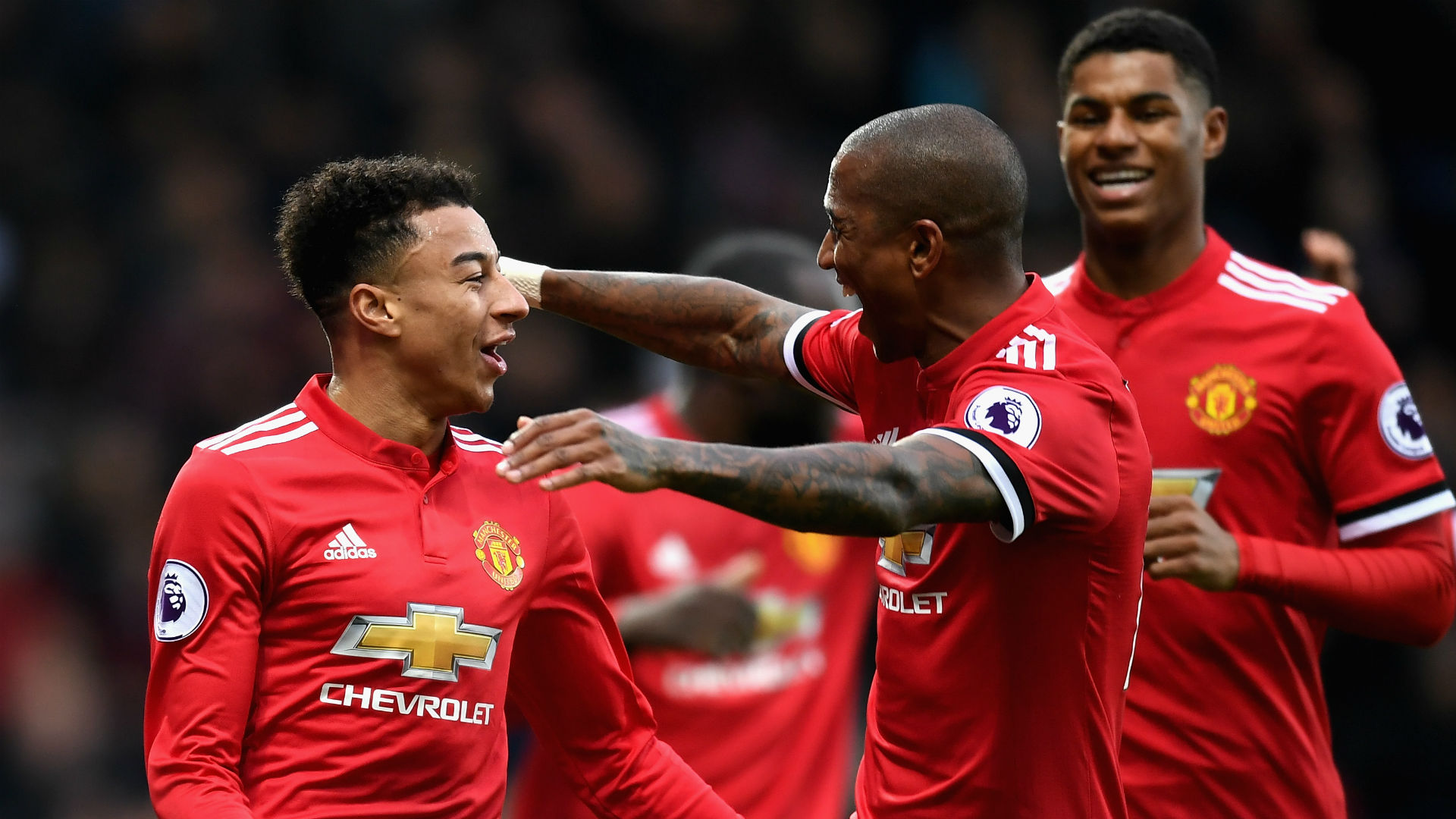 The England international has been used in a more central role by Jose Mourinho at times this season, and he believes he can contribute in that post

Jesse Lingard is relishing the opportunity to play more centrally for Manchester United as he looks to make an even greater contribution.

The 25-year-old has often been deployed in a wide attacking role since making the breakthrough at Old Trafford.

He has, however, been moved inside by Jose Mourinho at times this season, with the absence and loss of form from others opening the door to a No. 10 berth.

Lingard has revelled in a position which allows him to make more of an impact, with what proved to be the match-winning effort in a 2-1 victory at West Brom taking him to seven goals for the season.

“Obviously playing further forward you are going to get more goals and create chances also, so to play there with Romelu [Lukaku] means we are getting that understanding now and chipping in [with goals] together,” he told reporters.

“I played there when I was younger and, when I got into the reserves, I played more on the left or the right for my development, but eventually moved inside again.

“I'm hungry for more goals and any way I can help the team - assists, goals - and to win the game is the most important thing.”

Lingard has helped United to 13 wins and 38 points this season, but they remain some way back on arch-rivals Manchester City in the Premier League title race and aware that they have no margin for error.

“I think, any other season, we would be top with the points we have, so as long as we keep winning games that's the most important thing and we will see where we are,” added the England international when pressed on whether Jose Mourinho’s side can bright an 11-point gap to the summit.

“We will take each game as it comes, we'll concentrate on the next game ahead and see where we are at the end of the season.

“With the squad we have got we have to always believe in each game. Some games we will play bad and win the game and sometimes we will play good and lose the game so it's one of those hazards of football.”

United turn their attention to cup competition next time out, as they take on Bristol City in the Carabao Cup quarter-finals, before rounding off the calendar year with Premier League games against Leicester, Burnley and Southampton.