Manchester City star Kevin De Bruyne is the standout player for the first FIFA 20 Ultimate Team Team of the Week since the new game's full release.

While Bernardo Silva got a hat-trick in City's 8-0 demolition of Watford on Saturday, De Bruyne was still the best player on the pitch.

The Belgian got the eighth goal, a pair of assists and generally ran the show, as City swept their visitors aside with remarkable ease.

Leicester City midfielder James Maddison and Liverpool full-back Trent Alexander-Arnold are the other Premier League representatives in the starting XI, while the latter's former Reds team-mate Philippe Coutinho is also included after getting a goal and an assist in Bayern Munich's 4-0 win over Cologne.

They're joined in the starting XI by the likes of Thiago Silva, Willi Orban and Aleksandar Kolarov on the backline and Monaco's Benjamin Lecompte in goal.

This year's game is set to officially release on September 27, although players that pre-ordered the game were able to begin playing three days prior.

Find out the full squad of 23 below: 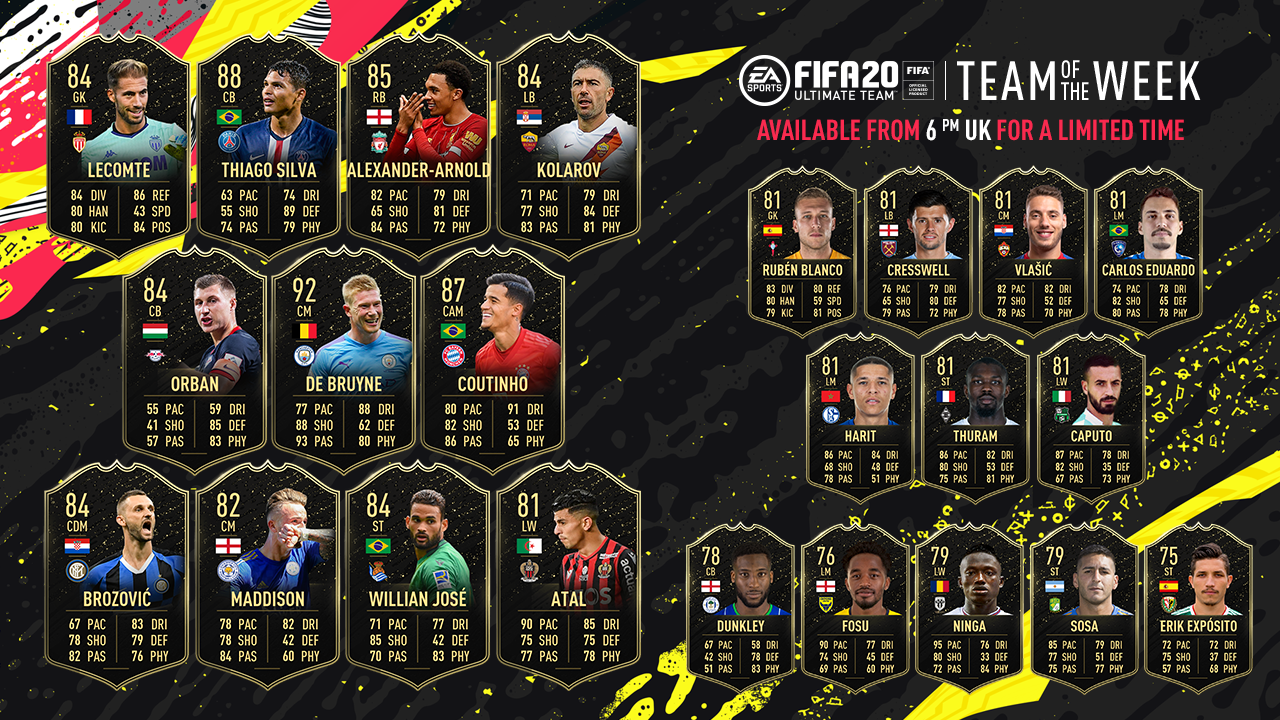 FUT Team of the Week