Three years ago, when France hosted the 2019 Women’s World Cup, the best player in the world was not there – even though her nation, Norway, was.

Ada Hegerberg collected the first ever Ballon d’Or Feminin just six months before the tournament kicked off, but she wouldn’t be showcasing her talents at what would be the women’s game’s biggest international event to date.

Her absence was not due to injury, nor was it a shock omission from the squad. It was through choice. It was out of protest.

“If the national team is to achieve the goals and results the national team management has set, in my opinion, improvements are required in several areas, in the planning work, in the implementation phase and in the follow-up,” Hegerberg wrote shortly after Euro 2017.

“In addition, there is a lot to go on in relation to communication and dialogue.

“I have felt proud to play for the national team but, as the situation is, I have no motivation to continue now.”

In an interview with Aftenposten, she added that “women's football does not have the respect it's supposed to have in Norway”, while she told magazine Josimar: “It was tough at so many camps. I have been broken mentally. I had nightmares after being with the national team. You shouldn’t have things like that.” 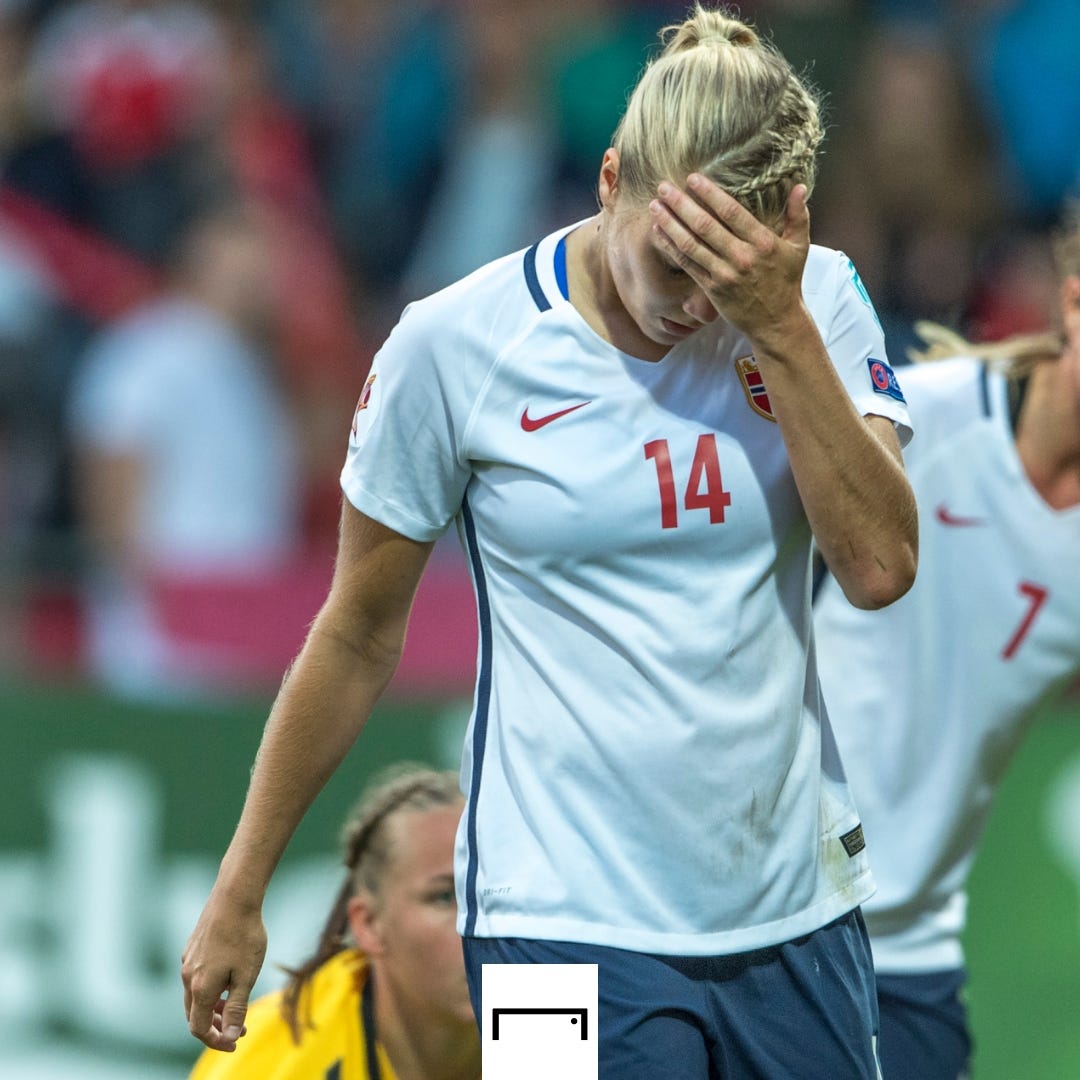 For many years, the Norwegian Football Federation (NFF) tried to bring her into the team again, but to no avail – that was until a few months ago.

In March, Hegerberg announced that she would return to international football, four months before this summer's Women's Euros.

So, why now? Why is this the right moment to make her comeback?

One factor that Hegerberg has talked about is gaining a new perspective while on the sidelines with an ACL injury, from January 2020 to October 2021.

Perhaps more significantly, though, is that Lise Klaveness became the NFF’s first female president a few weeks before the striker committed to returning. Who she is and what she stands for is incredibly important in this tale.

When Hegerberg decided to stop representing her country, Klaveness wrote no fewer than 2500 words in an article for NRK, expressing her support.

"No in-depth analysis is needed to conclude that Ada Hegerberg is right in her criticism of the sports program,” read one sentence.

"Demanding quality in a top sports environment is essential for progress and should not be confused with a lack of humility,” read another.

Klaveness is someone who stands up for what is right. Shortly after taking her new role, she went viral for a speech at the FIFA congress, hitting out at the decision to allow Qatar to host this year’s World Cup.

"Human rights, equality, democracy, the core interests of football, were not in the starting 11 until many years later," she said.

"There is no room for employers who do not secure the freedom and safety of World Cup workers.

"No room for leaders that cannot host the women's game. No room for hosts that cannot legally guarantee the safety and respect of LGBTQ+ people coming to this theatre of dreams."

Hegerberg later described the speech as “one of the greatest moments in sports history”, praising the “courage, wisdom and guts” involved.

“She has been very clear that there have been a lot of changes in the system, new people in that have helped create new dynamics,” the Lyon star told the Guardian about her conversations with Klaveness.

“Ultimately, we could have talked about the situation forever, but it’s all about being in this together now.

"I want to be a part of it again and to try and help lift things even more, because obviously there’s always more to do.

"I know that a lot of things have been improved – in terms of the conditions that create an environment where girls’ and women’s football is actually in a position to develop.

"Now, it’s up to me to see it by really taking part myself.”

It’s some time for Norway to get her back.

After 21 months out, she was back on the pitch shortly after the 2021-22 season began and would go on to produce some incredible form as she found her feet again after so long away.

A phenomenal header in the second leg of Lyon’s Champions League semi-final at Paris Saint-Germain was a stand-out moment – but she also struck again in the final as the French giants secured an eighth European title by beating Barcelona in May.

"Ada is just a winner. The girl is crazy in that respect," former Lyon team-mate Lucy Bronze, whom she will face in the group stages with England, said last month.

"I can remember games where she’d come up to me beforehand and say, 'You just get the ball in the box and I’ll score.'"

This summer is another opportunity for Hegerberg to show everyone that she is well and truly back, if there really is anyone out there who still doesn’t believe it yet.

“Her coming back, I think that's incredible before the Euros,” Norway international Julie Blakstad told GOAL recently. “We really need her. I think we have a good team now if everyone is fit.”

But it’s not just good for the present, for Norway’s chances in England or heading into the World Cup next year.

It’s a big moment for the future of this nation, one which routinely produces world-class talent but hasn’t won a title since a gold medal at the 2000 Olympic Games.

There is still a long way to go before things in Norway are where she, Klaveness and many others would like it to be, but her decision to pull the country’s colours on again is an incredibly promising sign for the future.