Was that how Taiwo Awoniyi imagined Sunday afternoon when he climbed into bed the previous night?

Nottingham Forest’s record signing probably fantasised about scoring the club’s winning goal against West Ham United on a day Premier League football returned to the City Ground for the first time in 23 years.

However, he most certainly did not think it would be so fortuitous.

It took a Jesse Lingard miscue and an inadvertent Ben Johnson touch for Awoniyi to divert the ball into the net just before half-time at a rocking City Ground.

It was just the sort of full debut the Nigerian wanted, especially after a tough pre-season that saw the erstwhile Union Berlin marksman fire blanks, but one that must be built on. 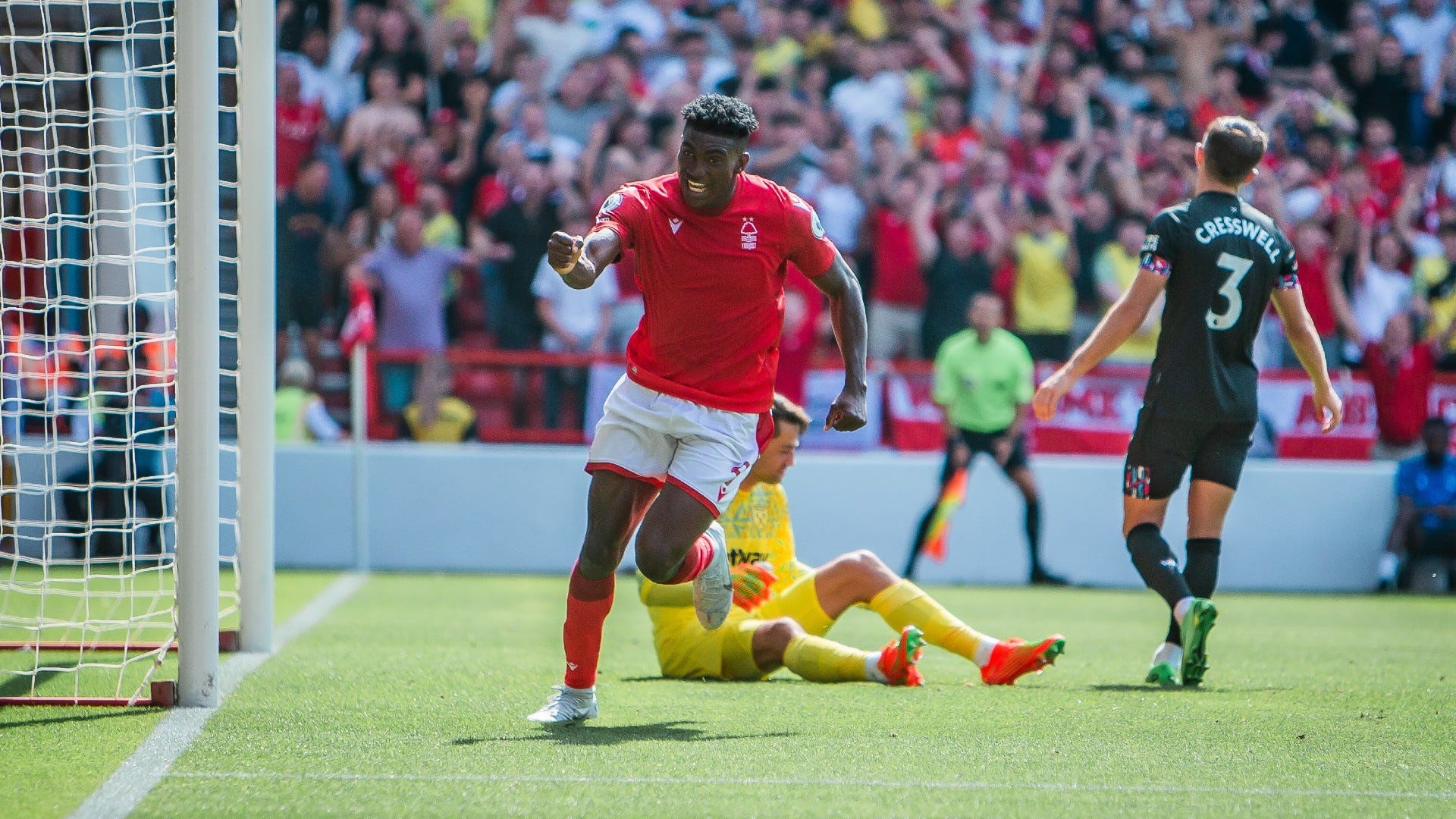 In truth, the unsustainability of Forest’s win on Sunday is recognised. Steve Cooper’s side probably did not believe their luck as the Hammers hit the woodwork twice, had a pair of goal-bound attempts cleared off the line and had a Declan Rice penalty stopped by Dean Henderson.

Cooper will know more than most that the Tricky Trees will not get away with so much in subsequent months of the campaign, and it will be all hands to the pump over the next 36 Premier League games to avoid immediate relegation to the Championship.

Indeed, it is up to Awoniyi and new signing Emmanuel Dennis to understand the assignment, with the campaign not only resting on how many shut-outs Forest keep but also on the frontmen’s effectiveness at the other end.

While that could be tagged a simplistic summation of the newly-promoted side’s season brief, it remains a valid assertion, nonetheless. 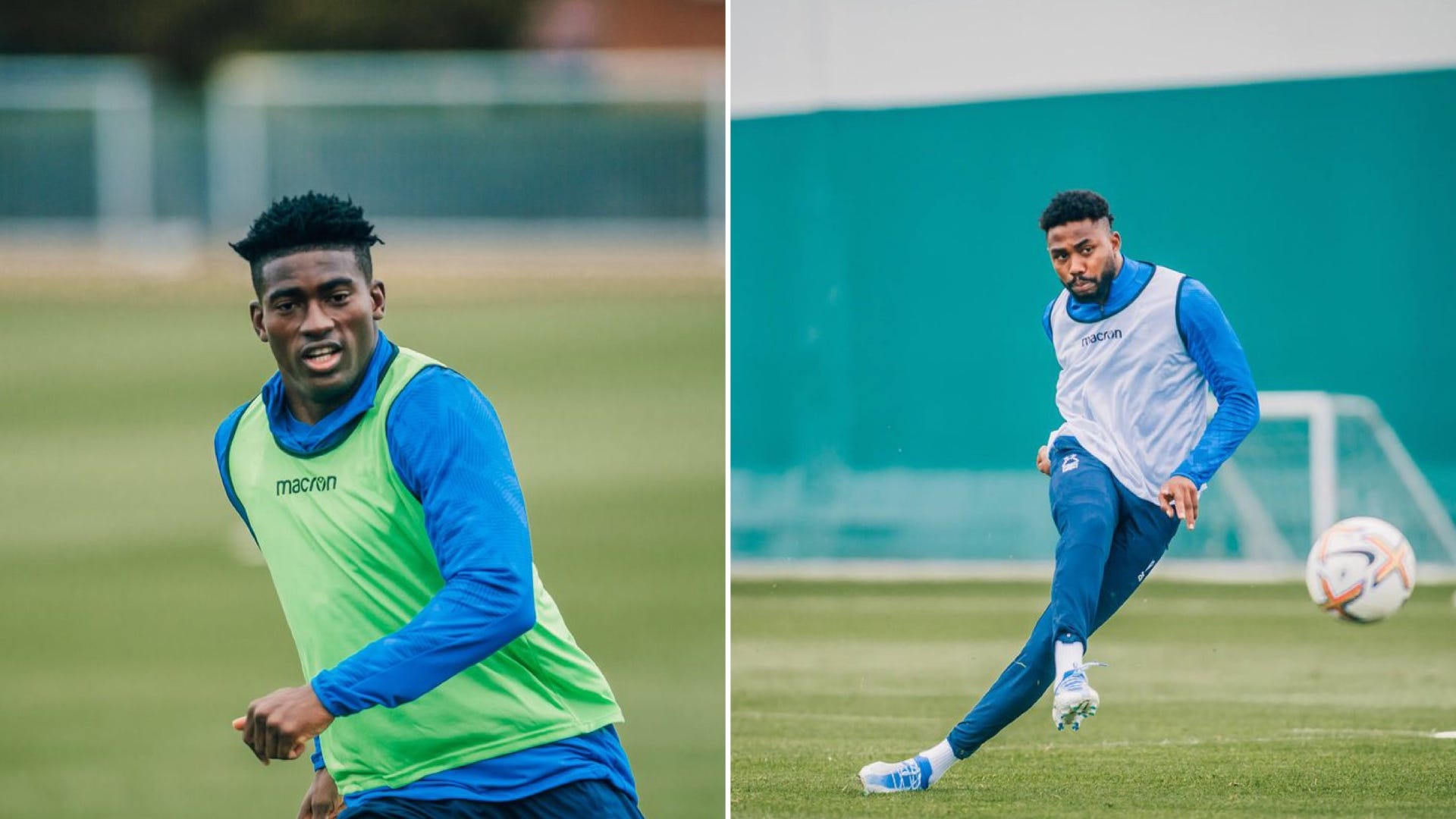 Both frontmen pack a punch, evidenced by a 15-goal season at Union in 2021-22 and Dennis’ 10-goal campaign in Watford’s rather wretched Premier League return last season. Replicating those returns will likely keep Forest in the league for another season provided they avoid the defensive failings that have plagued many promoted teams over the years.

Having said that, it will not be as straightforward.

Cooper’s men have signed 15 players (14 permanent deals) for the new campaign and the acquisitions undoubtedly need time to become acquainted.

Picking up victories while that happens is an undoubted positive, which was why Sunday’s victory, irrespective of West Ham likely feeling hard done by, was much needed.

“We will take a lot of confidence from today,” the Forest boss told Sky Sports after the 1-0 success. “Whether we wanted to or not, we had to bring in a lot of players which we’ve done. Is it that perfect? No. Would it have been Plan A? No.

“We would have loved to carry on with last year’s team and just added a few but that was never going to be the case because of the make-up of the squad in terms of loans, et cetera.

“We are just sticking to the plan; we’ve got a lot of new players and we have to gel both on and off the pitch and days like today help.” 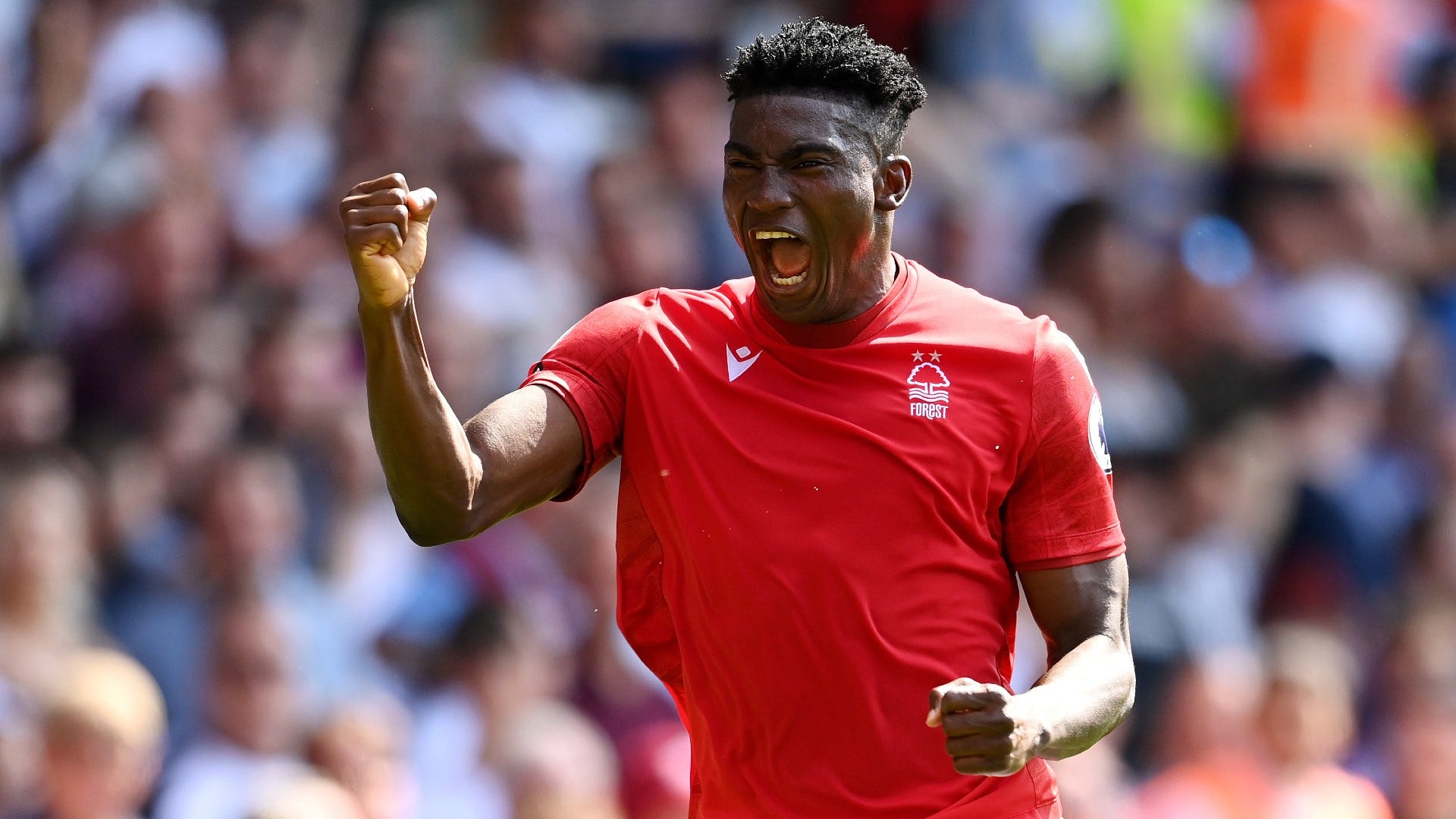 Awoniyi must be pleased his fortunate strike gave supporters a day to remember and hopefully acts as a springboard for their season. On an individual note, getting the proverbial monkey off his back was just what the doctor ordered for the former Liverpool striker whose ambition to thrive in the big time needs no reminding.

How many Premier League goals will Nottingham Forest's Awoniyi score in his debut season? @GOALAfrica https://t.co/dJFLc6ibL0

The former Watford man’s signing from Club Brugge last summer was unquestionably a gamble after underwhelming for months in Belgium before a temporary spell with Bundesliga outfit Cologne was castigated when it was over.

His strong start quickly silenced those doubts and an over-performance of his expected numbers gave the Hornets hope in their battle for Premier League survival. 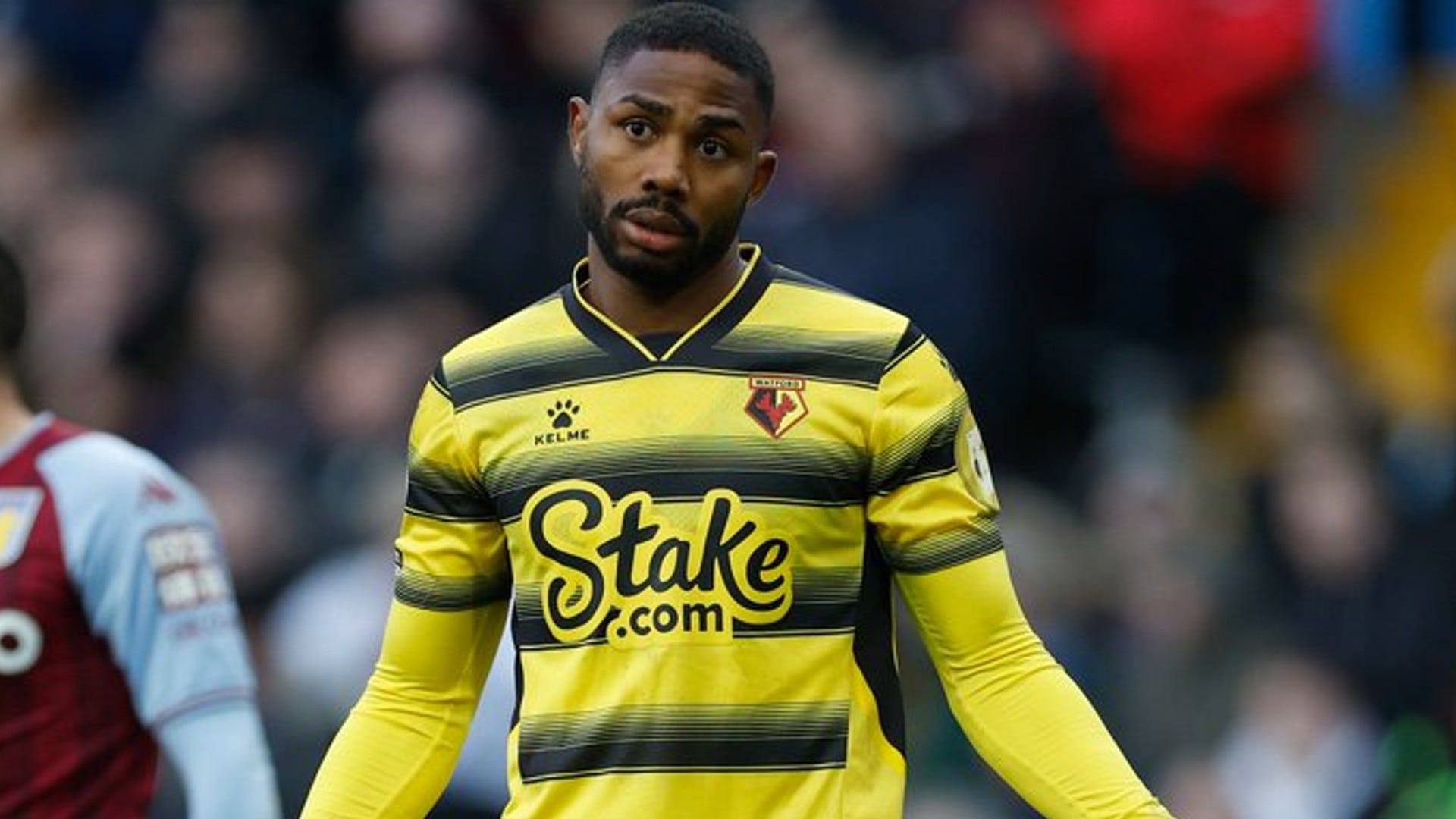 However, Dennis’ return in front of goal proved unsustainable, as he netted only twice and gave an assist in 17 games at the turn of the year after having a direct hand in 13 goals (eight goals, five assists) in 16 appearances preceding 2022.

A potential partnership with countryman Awoniyi has been given a seal of approval by Victor Ezeji, but it remains to be seen just how often the marksmen feature together.

Brennan Johnson was an important component in Forest’s promotion last season, netting 16 goals in the Championship to end top scorer for Cooper’s men and has started their opening two fixtures against Newcastle United and the Hammers, having an effort ruled out for offside in the latter encounter.

The East Midlands outfit also appears to be chasing Brighton & Hove Albion Neal Maupay, although the likelihood of that deal happening looks slim with Cooper’s men in stiff competition for the Frenchman. 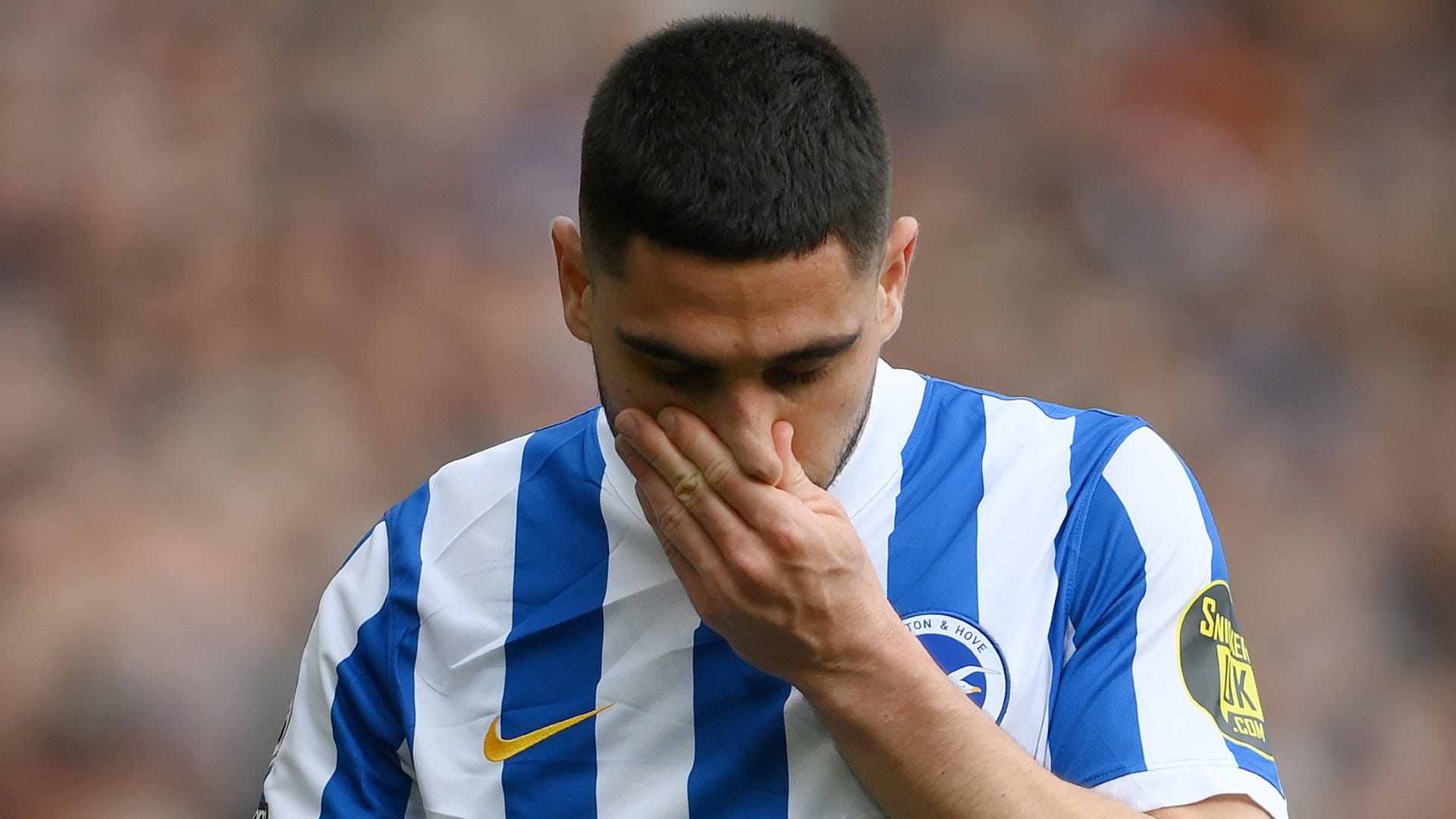 With Sam Sturridge — scorer of nine goals last term — and Lyle Taylor — back from his loan spell at Birmingham City — also at the club, Forest could have as many as five forwards vying for two positions in Cooper’s 3-4-1-2.

Only time will tell whether the Tricky Trees’ approach in the transfer market will work or how their venerated manager intends to use the team’s slew of forwards in the big time.

But Awoniyi’s winner and intense performance ought to put him in good stead going forward. Whether this is in a partnership with Dennis up top, though, remains to be seen.

Awoniyi, Dennis to link up at Nottingham Forest

Will Cooper play both Nigerians in tandem consistently?