Wayne Rooney has been described as a "once in a generation player" and a unique talent by Barcelona star Lionel Messi after becoming England's leading goalscorer.

Like Argentina international Messi, Rooney has not always enjoyed the best relationship with his national side.

While Messi has been accused of failing to replicate club form for his country, Rooney has enjoyed a fractious relationship with England supporters at times, notably when the side were booed off after drawing 0-0 with Algeria at the World Cup in 2010. 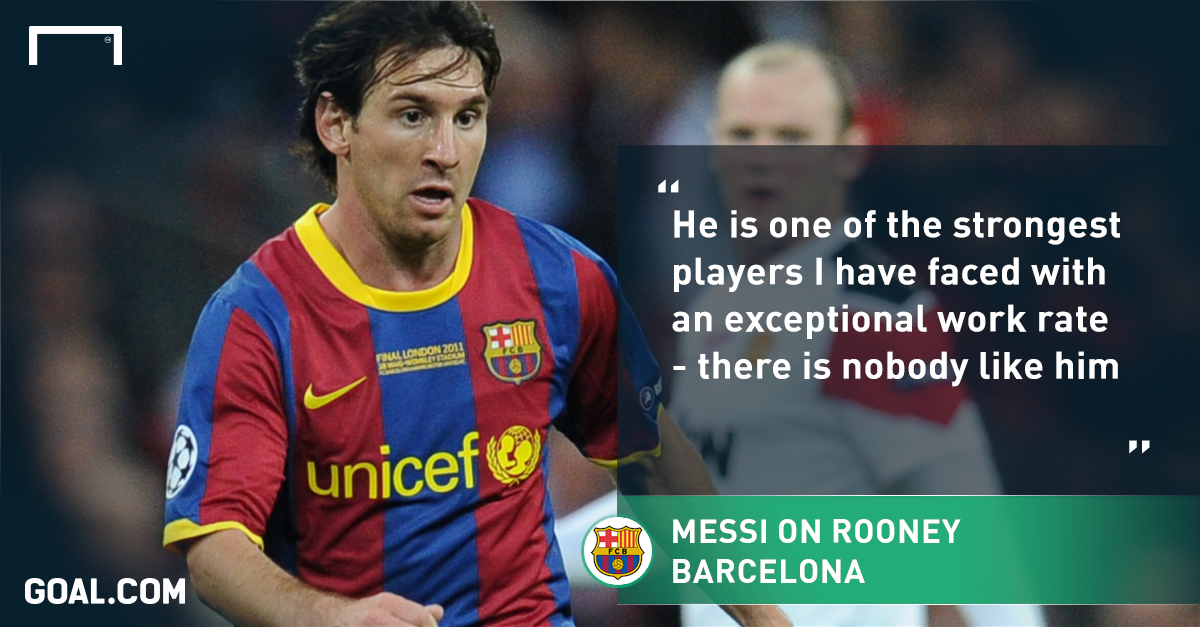 But Messi suggested English football should appreciate Rooney as a player of "exceptional quality".

"Wayne Rooney is for me a once in a generation player. One of those special players, who is not comparable to any other," he is quoted as saying by The Mirror.

"There are many special players, but Rooney has exceptional quality and technical ability as well as being one of the strongest players I have faced with an exceptional work rate - there is nobody like him.

"Rooney is a winner. He will just be focused on success with England in the European Championship.

"I have always said the same is true of myself and Argentina — breaking caps and goals records mean nothing unless they come with trophies.

"Like I say, Wayne is a winner. It will always be the team first and personal records second."