Nikolaj Moller: Arsenal's 'super talent' hailed as the next Ibrahimovic 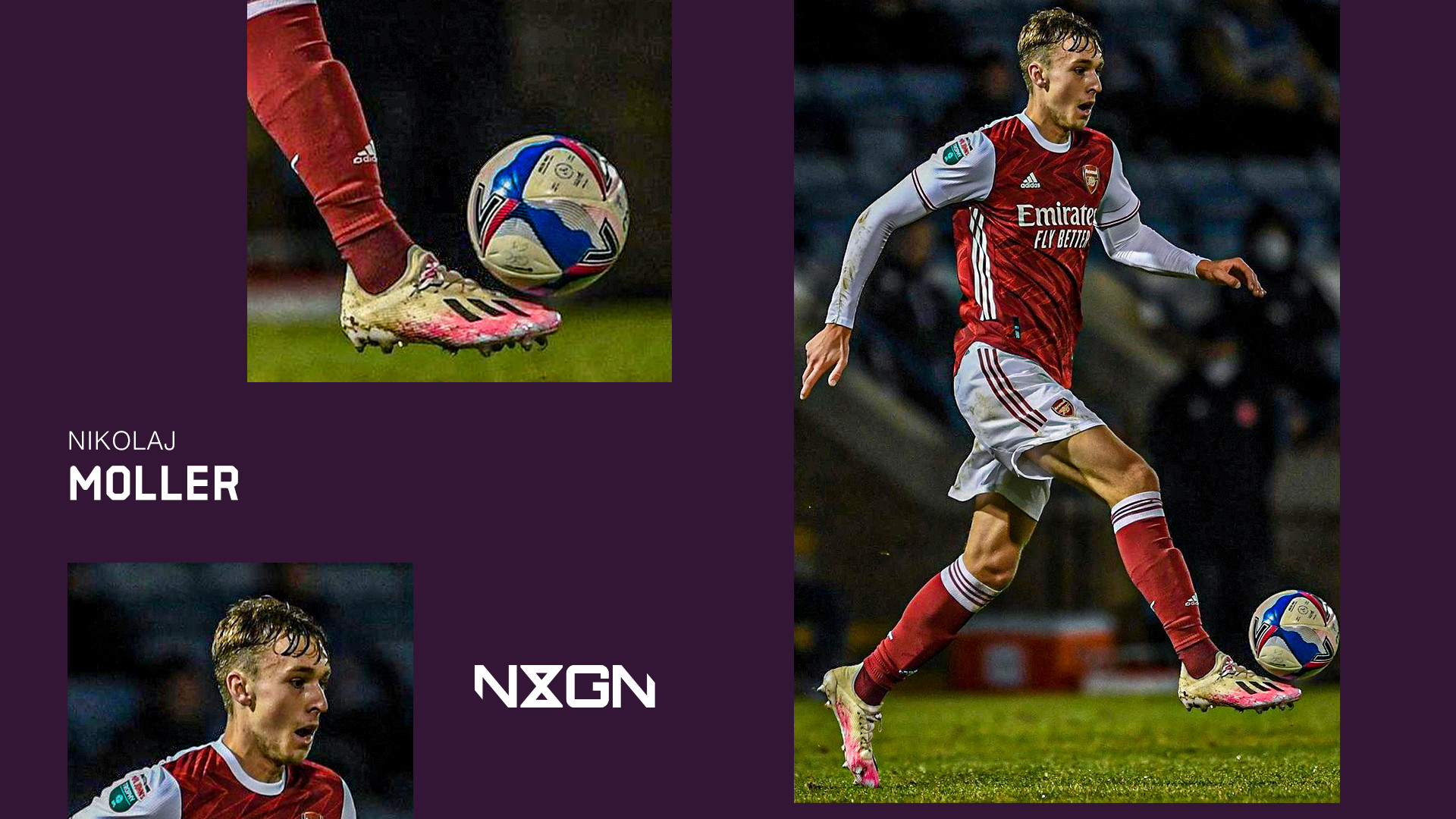 Given the nature of Thomas Partey’s arrival in the final hours of the summer transfer window, it is perhaps understandable that Arsenal’s capture of Nikolaj Moller on the same day failed to generate many headlines.

The 18-year-old striker had been brought in from Malmo for a fee of around £500,000 and was immediately earmarked as a player who would link up with Steve Bould’s Under-23s squad.

Moller was viewed as one for the future, the latest in a string of foreign additions during the summer designed to bolster Bould’s options at a time when many of his players were being sent out on loan.

But wind the clock forward a couple of months and the towering 6'4" Swedish teenager is busy ensuring that those who did not take much notice of his summer arrival are doing so now.

It took Moller just six minutes to make his mark for the Gunners, scoring on his debut for the U23s against Manchester City. He now has three goals and an assist in his first three Premier League 2 games for Bould’s side, and his performances are attracting more and more attention.

“We’ve had a lot of people from other clubs say ‘bloody hell, how did we miss him?',” a senior figure within Arsenal’s academy told Goal.

Moller was born in Helsingborg, a city which sits about 40 miles north of Malmo, and was first spotted by Sweden’s most successful club as an 11-year-old during the Helsingborgsklubben Ramlosa Sodra summer academy.

The week-long summer school was run by Robin Asterhed, who now works for FC Copenhagen, but who at the time was a youth coach at Malmo.

“We had a lot of players during that week and the standard was quite poor, so Nikolaj really stood out in that environment,” Asterhed tells Goal.

“He was really quick and his technical skills were on a totally different level compared to everyone else.

“He was pure quality in every sense when compared to the general player that week. You didn’t need a good scouting eye to see.”

Moller eventually joined Malmo at 13, and was soon part of one of the club’s most successful age groups.

A growth spurt, however, brought about some injury problems which caused him to miss a lot of football until he turned 16, when he would again link up with Asterhed - who was in charge of Malmo’s U17s side.

“Niko was a year younger than the rest of the players in his age group, but his potential meant he was always one of the guys who was most ahead in terms of his development,” Asterhed recalls.

“His control of the ball, his touch, his finishing. He could handle the ball under pressure, in tough situations at quite a high tempo. Having all this, plus having his size, it really helped him stand out.”

And Moller did stand out, so much so that Bologna came calling.

The Italian side spotted the young striker during a summer tournament in 2018 and convinced him that a move the following year would be right for his career.

Moller impressed during his short time in Italy, and soon became known as ‘Ibra’ due to similarities with fellow Swede, Zlatan Ibrahimovic.

Bologna wanted him to stay and sign a professional contract, but the teenager opted to head home - returning to Malmo in January 2020 with the aim of breaking into the first team.

He was soon a regular in the first-team training sessions and a debut looked certain, until Arsenal arrived on the scene.

Gunners scouts had been scouring Europe for a striker and had been alerted to Moller's potential. After watching him in action, the north London club made their move.

The transfer was wrapped up swiftly, with Moller signing a contract until 2024, a deal which includes an option of a further year.

His mother joined him in London for a few days when he first signed, but he is now living on his own in a flat close to Arsenal’s London Colney training centre.

Given how his move came about and the speed in which it was done, the teenager could have been forgiven for taking his time to settle into his new surroundings - but he has done the exact opposite.

The ease in which he has adapted has even surprised coaching staff at Arsenal, and last week Mikel Arteta rewarded him by calling him up to train with the first team while some of his players were away on international duty.

“That was quite big news in Sweden,” says Asterhed. “The excitement of his talent is definitely growing.

“If you break out all the qualities that a striker requires, Niko has them.

“When he gets a really hard, high pass, he can bring it in at quite high speeds. He can dribble, and when he has the opportunity to finish, he can do that as he has the quality to hit the ball really well. So if you bring all those skills together, he’s a super talent.

“The thing that I think about him is when it comes to a higher level when the space is smaller and everything goes faster, he still has something to develop to connect all those skills together and produce them in the game. He still needs to work on that.”

Asterhed adds: “Nico has the quality to play at a really high level.

“In some ways, he’s like [Nwankwo] Kanu. Maybe he doesn’t dribble as much as Kanu, but he has the ability to do that.

“The Ibra comparisons, I think, are mostly because of his time in Italy. But there are some similarities with a young Ibra, definitely.

“I think what sets them apart is the relentless pursuit of winning of Ibra. That decisiveness is not Nico’s strength at this point.”

Moller has yet to make a senior squad since his move from Malmo in the summer, but will be eyeing the final games of the Europa League group stage as an opportunity to make his first-team bow.

Victory for Arteta’s side in Molde on November 26 will secure qualification for the knockout rounds with two matches to spare, with the Arsenal boss expected to give several youngsters the chance to impress in the remaining games against Rapid Vienna and Dundalk should that be the case.

Moller’s early-season form will ensure he is at the front of the queue, and few would bet against the striker making an immediate impact given the impressive way he has adjusted to life in England.

The Swedish teenager may have had to play second fiddle to headline act Partey on deadline day, but he has been writing his own story at Arsenal from the moment he walked through the door.