Liverpool, Bayern, Inter or elsewhere: Where should USMNT star Pepi go next? 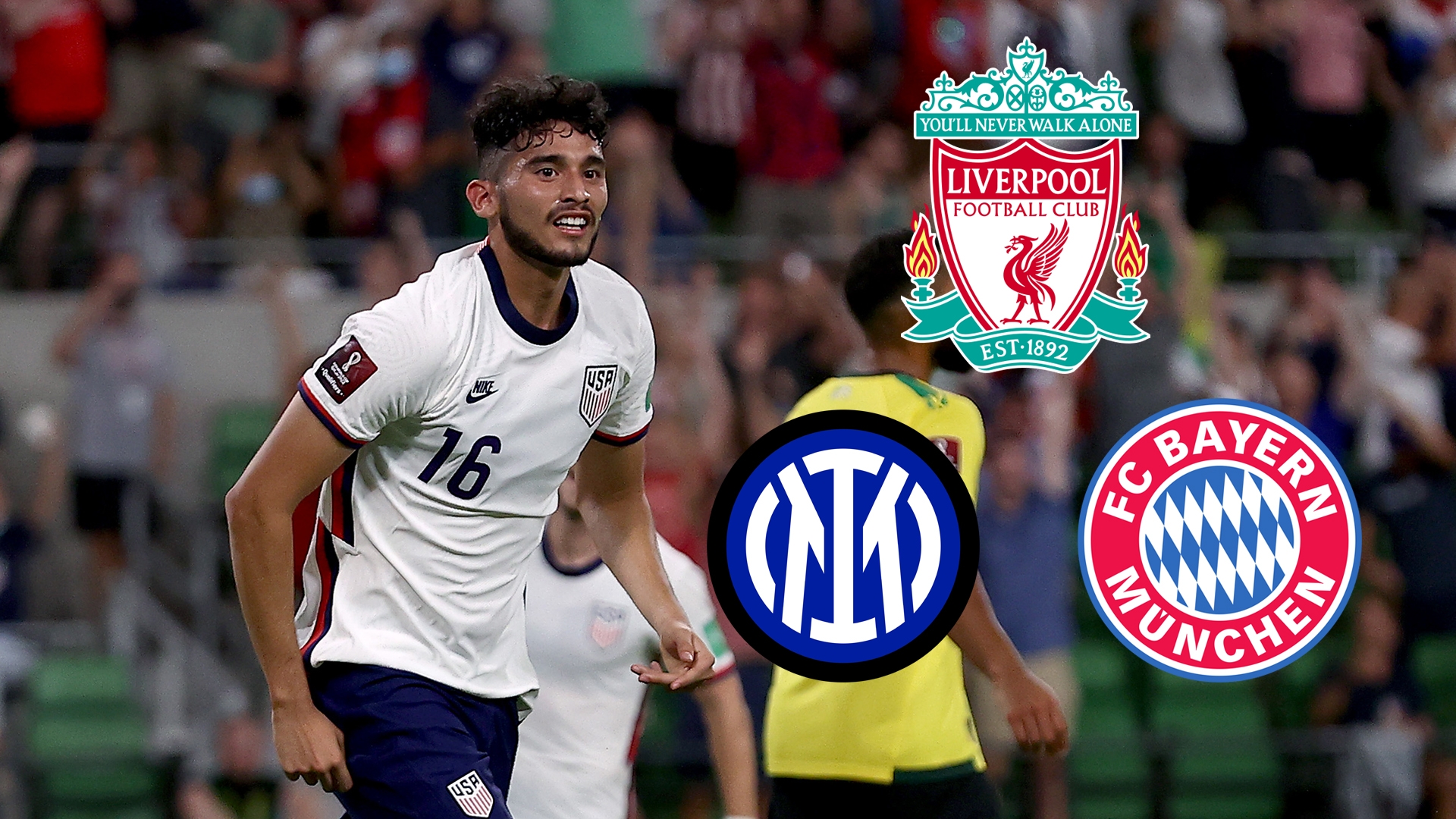 The Ricardo Pepi hype train will be leaving Dallas station at some point soon. We know where it's heading: Europe. But, as things stand, we're not quite sure of the exact end destination.

Is the next stop England? Germany? Perhaps Spain or Italy? It remains to be seen, but what we do know is that Pepi and FC Dallas have a major decision on their hands, one that will have a massive impact on the futures of both the striker and the U.S. men's national team for years to come.

Pepi's incredible rise has only continued in recent weeks, as the teenage striker has gone from MLS prospect to highly-coveted star. He's scored 13 goals in 27 matches for Dallas this season, tying him for eighth-most in the league, and has added three more goals in four international appearances – all of which have been in the pressure cooker that is World Cup qualifying.

He's been linked with many of the world's biggest clubs on the heels of his USMNT breakthrough, as it appears that Pepi will have his choice of mega-clubs to sign for when he does head to Europe.

Liverpool, Bayern Munich, Borussia Dortmund, Inter and Ajax – it's a list that reads like a who's who of Champions League contenders, and they're all after Pepi, a player that has been compared to Robert Lewandowski, Erling Haaland and Eden Dzeko.

If any of those moves come to fruition, it would put Pepi into elite company from an American perspective. Few Americans have played at that level, and virtually all of them are his international teammates right now.

The U.S. has had strikers play in top leagues, like current Norwich forward Josh Sargent and former Sunderland striker Jozy Altidore, but no American forward has taken such a leap at such a young age.

So, how does he decide? What can Pepi do to ensure he reached the same stratosphere of those big-name players mentioned above? What sort of next step makes the most sense for Pepi?

"There's always gonna be teams looking at FC Dallas, as one of the teams that really develops young players," Pepi told Goal earlier this year just as he was truly breaking out in MLS.

Sergino Dest sets up Ricardo Pepi for the opener against Jamaica 👏 pic.twitter.com/GZNr0jaR0r

"Personally, I just try to focus on every day, doing the best I can, just giving my best performance every game and whenever that moment calls, whenever I have the talk with another team, that's really when the pressure gets here.

"Other than that, I feel no pressure. I'm just enjoying playing with my team and being able to do the best I can for FC Dallas."

As things stand, it appears that Wolfsburg are among the leaders for Pepi's signature. On the surface, its a move that wouldn't be as sexy as one to Bayern or Liverpool, but one that seems plenty practical.

In theory, Wolfsburg would be a perfectly fine landing spot for Pepi, who wouldn't have to compete with someone like Robert Lewandowski, Lautaro Martinez or Roberto Firmino for minutes.

Pepi is good, of course and, at 19, he should get better and better, but would he unseat Lewandowski any time soon? Would anyone?

He would have to compete with Wout Weghorst, a consistently good Bundesliga striker, but it's the type of competition that would strengthen Pepi, not hinder him.

At Wolfsburg, he would also play for a club that is currently playing in the Champions League, and could very well be there again next season despite some early hiccups in league play.

For Pepi, a medium step may be the best step. Playing for a club like Wolfsburg or Ajax would give Pepi a better chance of being 'the guy' than he would at Bayern or Liverpool.

Of course, iron sharpens iron, and competing day in and day out at an elite club would be fantastic, but it isn't always that simple for strikers.

As a striker, there are only two things that matter: minutes and goals. Other positions can grow simply by being around better players, but strikers are a bit trickier.

Pepi needs minutes on the field, growing against better defenders than he faces in MLS. And, ultimately, he needs goals to continue to stake his claim for the USMNT spot.

And the USMNT need him to continue to stake that claim, as Pepi is currently the class of the striker pool.

Sargent has yet to truly get going at Norwich, with just two August goals to his name so far. Gyasi Zardes is always reliable but isn't necessarily the guy you'd want leading the line in Qatar. Daryl Dike is still proving himself, with Jordan Siebatcheau, Matthew Hoppe and Nicholas Gioacchini are also in the mix.

But, if everything goes to play, Pepi is the guy and the U.S. will need him at a club that makes him feel comfortable and, ultimately, gives him a legitimate chance to succeed.

Pepi has spoken little about a potential move but, in what he has said, he seems open to making this move a precursor to something bigger.

“Yes, (the Eredivisie) is a league where there are many young players," he told Univision when asked about Ajax in particular. "I'm obviously a young player who has to grow a lot in football.

"The plan would be to someday play in Real Madrid, Chelsea, any big team, but it is a league with a lot of potential and that helps young people a lot. I think there is a lot of interest.”

Still, there is a snag that could come up. Pepi, as things stand, is under contract until 2026, having re-signed with FC Dallas in July. That new deal bumped Pepi's salary up to $271,000 (£196,000), more than doubling his pay. That new contract gave Pepi a much-deserved raise, but it also gave FC Dallas a bit of bargaining power with any suitor.

To their credit, FC Dallas has always been a good seller, having created several young stars before selling them off to Europe. It's a club that almost always does the right thing for the player, allowing players like Reggie Cannon and Bryan Reynolds to move on when the time was right.

The question is about when that time is for Pepi, and how much it would take to make it all work?

According to CBS, FC Dallas have already rejected an offer of around $8 million (£5.8m), and it will take something much larger to change their mind. The club reportedly prefers to sell after the 2022 World Cup, but could be convinced by an offer in the $12-15m range.

That offer would make Pepi the fourth-biggest sale in MLS history, just ahead of Jozy Altidore and just behind Alphonso Davies. And, given his play for club and country, as well as his seemingly limitless potential, it's a number that doesn't sound too outlandish.

His time at FC Dallas may be coming to an end soon, and that pressure will only ramp up when and if it does. Pepi's big step on the field is set to be rewarded with a big step towards Europe sooner or later.