The long-serving midfielder now faces added competition for places at Camp Nou, but he is not preparing to head for the exits or hang up his boots

Andres Iniesta insists the €160 million arrival of Philippe Coutinho at Barcelona will not “make me retire or kick me out”.

The La Liga giants have spent big during the current transfer window, with a transfer record smashed to land Ousmane Dembele over the summer broken again to bring in another creative influence.

Coutinho has been acquired from Liverpool to nail down a regular role in the present, but he is also considered to be a long-term successor to World Cup winner Iniesta.

The long-serving 33-year-old Barca skipper is aware of such talk but maintains that another quality addition has been made to complement him in Ernesto Valverde’s plans, not replace him.

Iniesta told Onda Cero on Coutinho’s arrival in Catalunya:  “I'm a player for this club and I've always said that only the best can play for this club.

“That makes Coutinho one of the best. He's young and he has an innate talent, while Barcelona are a club where he can keep growing. 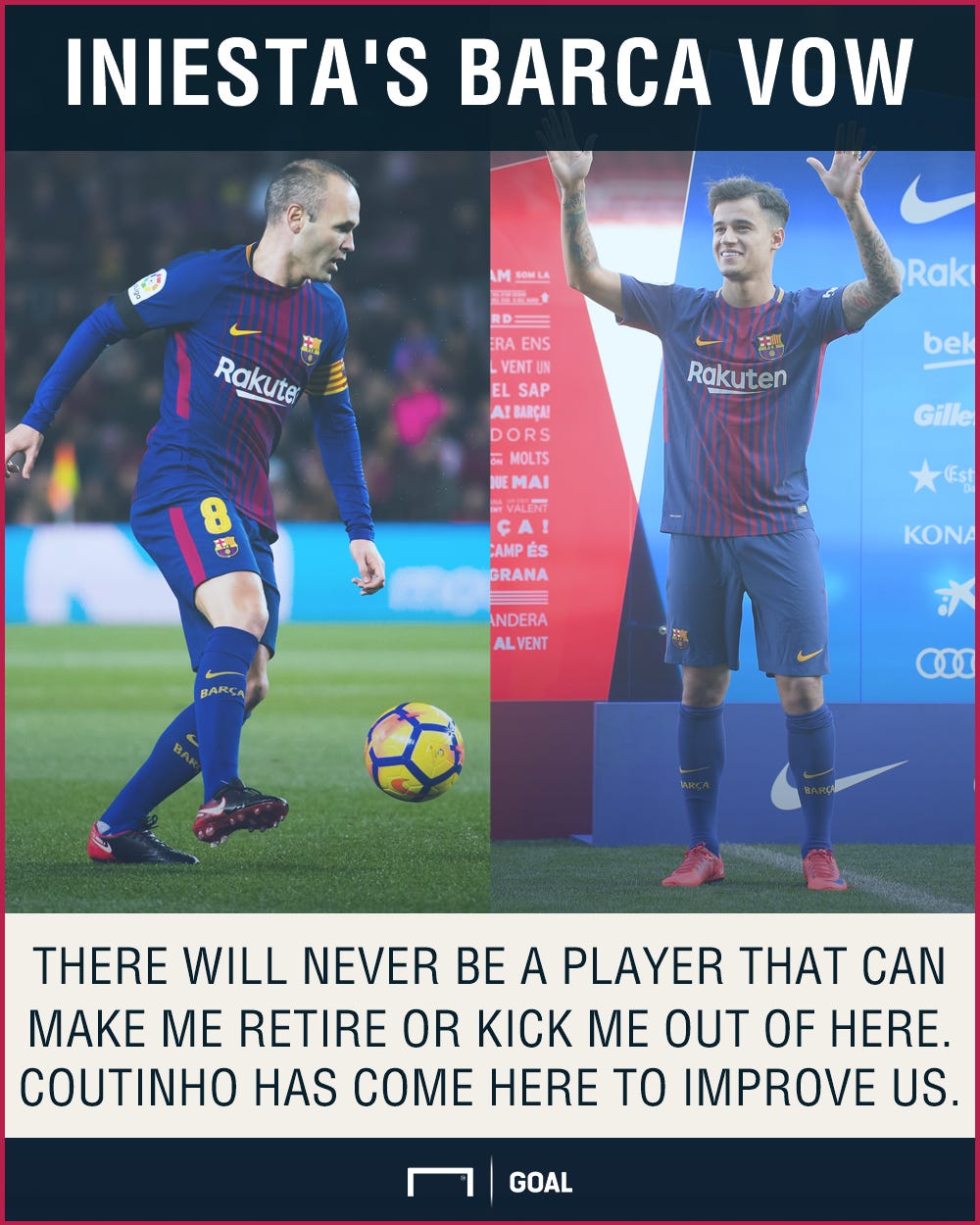 “There will never be a player that can make me retire or kick me out of here. At 33 years of age, that isn't the issue. Coutinho has come here to improve us.

“I'm happy that he's one of the best players in his position. He has the things that we like.

“He's a quick and skilful player, who links up very well, uses both feet very well, creates goals and scores them.

“He'll find a very good environment to grow here. The money we paid for him is another thing.

“The price of the market decides what a player is worth. Beyond the madness, we must be happy that he's ours.”

Coutinho is having to be patient before proving himself at Barcelona, with a thigh problem delaying his debut.

The Brazil international arrived carrying the knock and is not expected to make his La Liga bow until a derby date with Espanyol on February 4.