Fantasy Premier League: Can you fit De Bruyne in your team and still have Ronaldo, Lukaku & Salah? 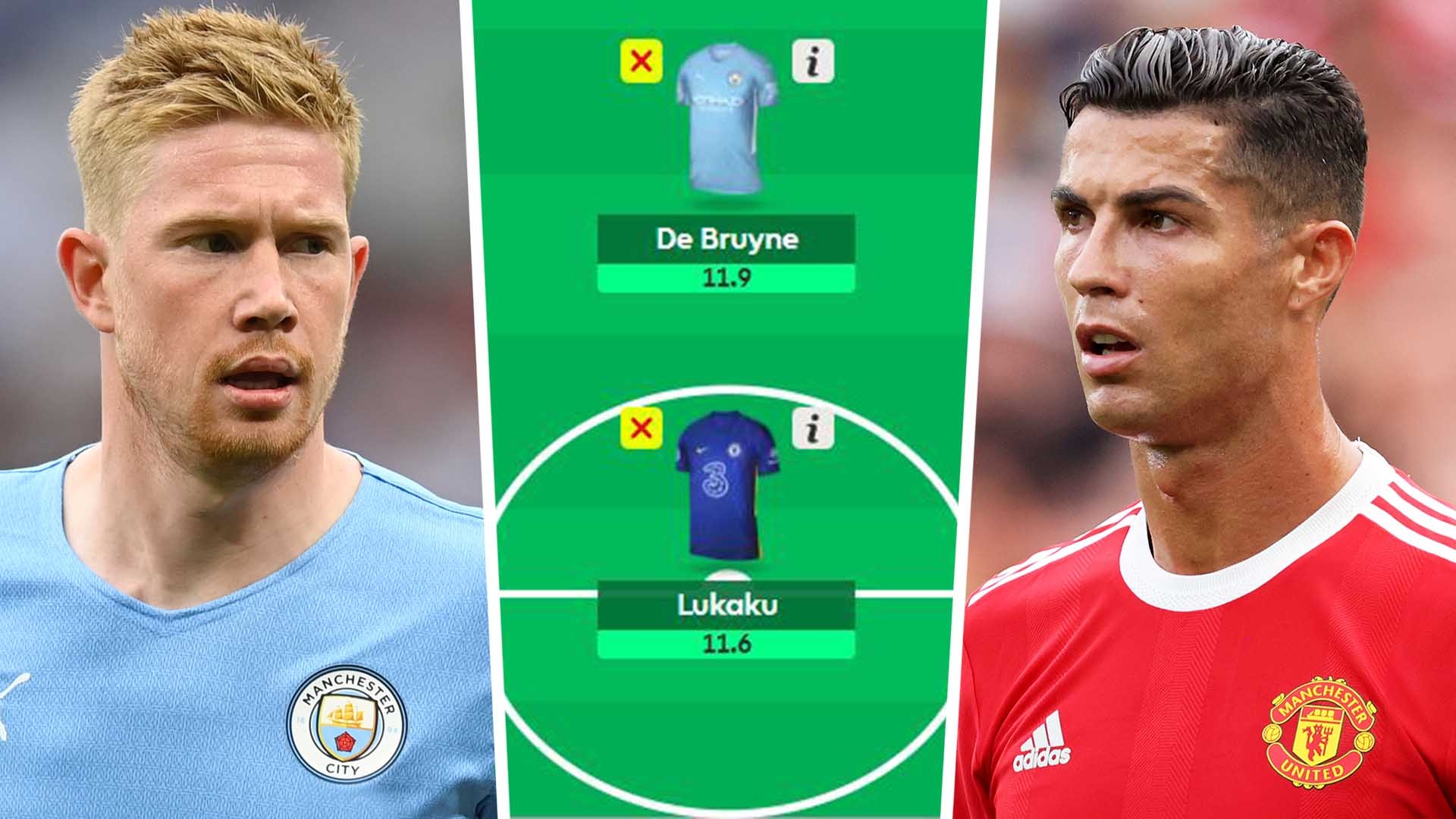 The Belgian is now back in contention after missing the start of the season due to injury but at £11.9m is really worth the trouble?

We need to talk about Kevin De Bruyne. The Belgian assist juggernaut has become something of a forgotten man in the 2021-22 Fantasy Premier League thus far, but that could all be about to change.

Indeed, De Bruyne made his first start of the season in Manchester City's 6-3 victory over RB Leipzig, claiming an assist in the process before being taken off after 71 minutes.

It surely won't be long until the 30-year-old is thrust back into City's Premier League starting XI but with Mohamed Salah, Romelu Lukaku and Cristiano Ronaldo all similarly priced on FPL, is De Bruyne really worth investing in?

Will De Bruyne play against Southampton?

The signs are positive in regard to De Bruyne's chances of starting the game against Southampton on Saturday although that's said without any level of certainty - Pep roulette and all that.

The Belgian, who contributed six goals and 12 assists to achieve 141 FPL points last season, has played just 11 minutes of Premier League football in the 2021-22 campaign but remains a key part of Guardiola's team.

The fact he was taken off with 19 minutes left in the win over RB Leipzig may indicate that the Catalan sees De Bruyne having a role to play from the start against the Saints, as he attempts to get the former Chelsea midfielder back to full fitness.

De Bruyne could feature in a midfield three with either Rodri or Fernandinho and Ilkay Gundogan, with Bernardo Silva being the most likely to drop out from the team that started against the Bundesliga side on Wednesday night.

It's a good time to activate your first wildcard of the season, especially if things haven't gone to plan thus far for your FPL team, not to mention the influential impact Ronaldo and Lukaku have made following their respective returns to English football.

As explained in last week's column, one of either Ronaldo or Lukaku, who is going to play the vast majority of Chelsea's matches, is a must, and having both is an even better solution.

Throw De Bruyne into the mix, along with some of the early-season top point-scoring players and you have the makings of a pretty tidy squad, as evidenced by the below wildcard draft.

Not possessing Salah, however, is a huge risk that is best avoided.

Can you fit De Bruyne, Salah, Lukaku AND Ronaldo in?

The simple answer is yes, you can. It will, however, leave you short in terms of squad depth, where your bench is unlikely to be able to bail you out if one or two of your starting XI are omitted on any given Gameweek.

Indeed, you're scraping the barrel defensively in particular, while the likes of Yves Bissouma and Josh Brownhill, despite being regular starters, are unlikely to deliver many big-point hauls.

That said, a team possessing De Bruyne, Salah, Lukaku and Ronaldo is a tantalising prospect, and, with Trent Alexander-Arnold also thrown in for good measure, the below wildcard draft is solid enough, if you can cope with the odd blank.

For reference, Ronaldo will cost £12.6m following his impressive start at Manchester United and Lukaku's price has gone up too, to £11.6m. De Bruyne costs £11.9m and Salah is still £12.5m.

Verdict: Is it a good time to bring De Bruyne in?

It's a difficult question. Even with his various injury issues over the last 12 months, De Bruyne remains one of few in the City squad who, when fully fit and available, are at less risk of being benched by Guardiola from game to game.

The addition of Grealish in the summer could complicate matters, but that doesn't appear to be an issue at the moment, with the former Aston Villa captain being Guardiola's preferred pick on the left of the attack.

Bernardo Silva is at greater risk of losing what has been a regular place in the team at the start of 2021-22, while Gundogan may have to settle for more of a rotation role too, as and when De Bruyne is reintegrated on a more regular basis.

There is, of course, risk attached to bringing De Bruyne in now, especially with the multitude of options available to the City boss, but the Belgian is available at possibly the lowest price he'll command all season (£11.9m) and he may well be worth the gamble.