Barcelona should have sacked Koeman sooner: Laporta has wasted months on a dead man walking 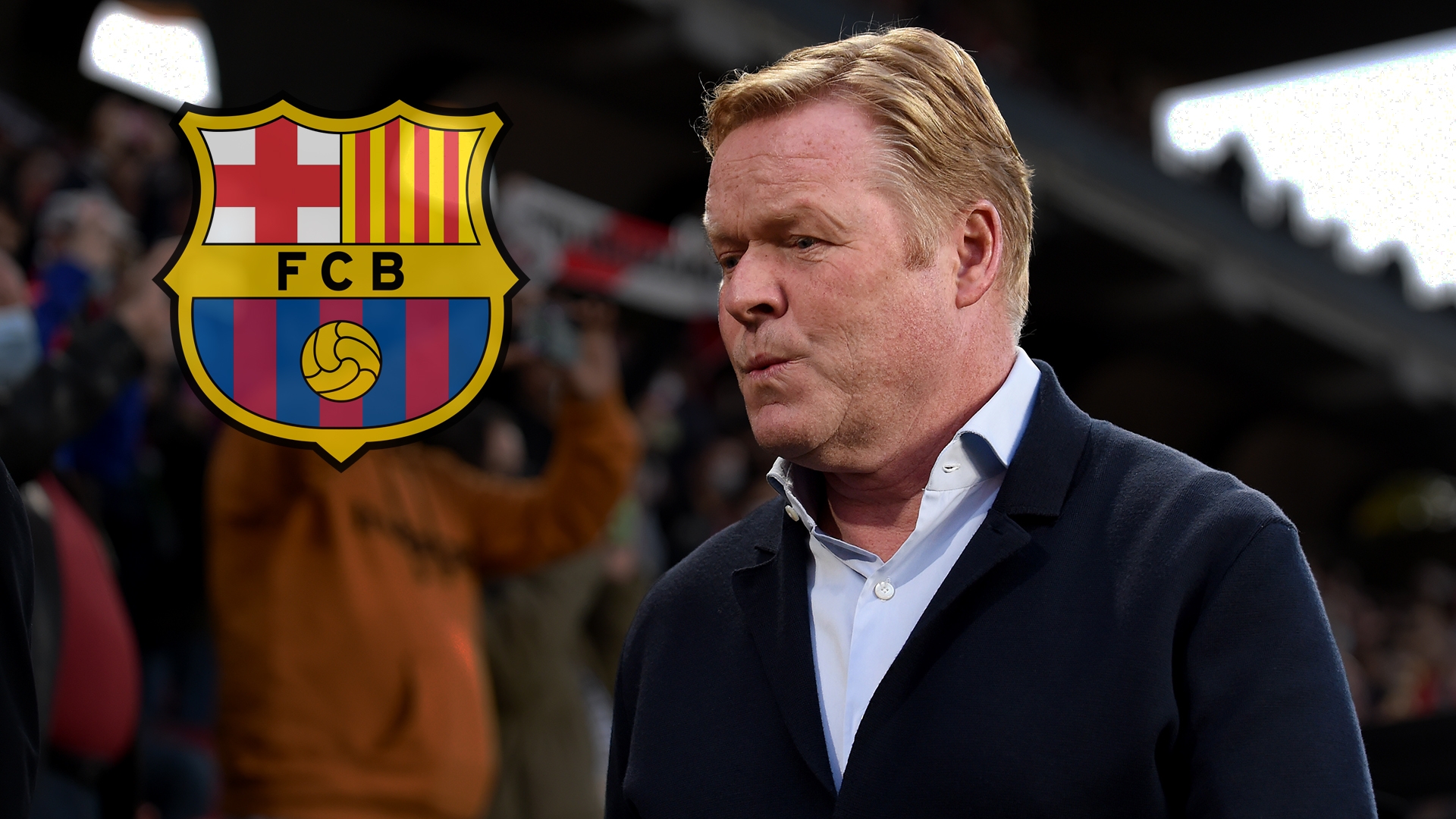 The Dutchman had to work in very difficult circumstances at Camp Nou, but Blaugrana president Joan Laporta was left with no option but to let him go

The axe, quivering inches above Ronald Koeman’s neck for weeks, finally fell on Wednesday night, just as Barcelona rose up into the sky, heading home after a sour night in Madrid.

President Joan Laporta needs that to be the club’s trajectory after sacking his coach on the flight home from the Spanish capital, after the Blaugrana were beaten 1-0 at Rayo Vallecano, and left sitting in an embarrassing ninth place in La Liga after 10 games.

Even though Barcelona were beaten 2-1 by arch-rivals Real Madrid in the Clasico on Sunday, it was this dismal showing against a newly-promoted side that was the final straw.

Koeman’s Barcelona had an abysmal record against top sides, losing both Clasicos last season too, as well as being eliminated from the Champions League by Paris Saint-Germain, and losing two of three games against Atletico Madrid.

Champions League thrashings by Bayern Munich and Benfica left the Dutchman a dead man walking, and with the team on a precipice in Europe and languishing domestically, Laporta could take no more.

Koeman defended his poor record against strong opposition by claiming that Barca could not compete, they were weaker both on paper and in practice, but improving. Those improvements were marginal, if they existed at all. And against minnows with a half-decent defensive set-up, the Catalans still struggled woefully.

There are excuses if you lose to elite opponents. None for drawing at Cadiz or losing at Rayo. None considered acceptable, anyway, even though Koeman still produced a fair few.

The coach blamed the players' "efficiency" in front of goal on several occasions, lamenting that opponents converted their chances while Barcelona failed to score theirs. He was sometimes right, but the rest of the performances were unpalatable at best, aimless and self-destructive at worst.

After losing to Rayo Vallecano, Ronald Koeman stopped for a moment to take a final look at the pitch 😔

Koeman upset fans by putting Ronald Araujo and Gerard Pique up front against Granada, consistently failed to improve the team’s performances with his substitutions, and could rarely save a game the team were behind in. Lately, Barcelona have been falling behind a lot. They conceded to the first shot on target faced in five of their past six games.

Koeman leaves Barca with a Copa del Rey trophy to his credit, but the league title should have been his too. With Lionel Messi at his very best, Barcelona thrived in the early months of 2021 and could have gone top of the league with a win against Granada in April, but inexplicably fell to a home defeat.

It felt like time to say ‘goodbye and good luck’ in the summer, but Laporta dawdled. Amid reports claiming he did not trust the Dutchman, Laporta told Koeman he wanted two weeks to think about his future.

Effectively, Laporta told him that if he could find a better replacement in two weeks, then Koeman’s time was up. It was an ugly, foolish way to go about making a decision, a situation which stems from the president’s lack of a long-term plan.

Koeman also offered Laporta a shield; any flak would land squarely at the Dutchman’s door and buy the chief time to work on various other fronts. But their fractious relationship soured the atmosphere at Barcelona.

If the president did not believe in the coach, why would the players? They knew he was not the man to lead them to glory. Perhaps out of respect for his reputation as a player, the club’s Wembley legend, they did not break rank entirely. They still pulled in the right direction, but not hard enough.

Every defeat or downbeat display led to supporters and media calling for Koeman’s head. Even former Barcelona forward Luis Suarez, now at Atletico, said it was "harming" the club.

Laporta tried to settle the situation down a few weeks ago, insisting Koeman would stay, regardless of Barca's result against Atletico at the Wanda Metropolitano, but it was only temporary respite. Bitter reality forced him to act at last, with months wasted.

All of Barcelona’s ills are not due to Koeman. Many pre-date him. The financial crisis is the fault of the former board and the coronavirus pandemic. They could only bring in free signings this summer. Messi’s departure was a knife in the gut, too.

There have been injuries upon injuries; Ansu Fati, Ousmane Dembele, Pedri and Araujo, among others. Barcelona is sick, and that is not Koeman’ fault, but he was adding fuel to the flames of a club burning down.

Players were not developing and progressing. Frenkie de Jong has been going backwards this season, Memphis Depay has stalled.

Riqui Puig has gone ignored on the bench, in the cold from early in the Koeman era, after the coach suggested he was a media mole. Nobody who watched Philippe Coutinho wither against Rayo, or in many of his preceding 99 games, could help but wonder why the youngster was not given as many chances.

Other players, including Miralem Pjanic, have fallen out with the coach, while senior heads did not like the way he often blamed the squad and did not take responsibility.

Some of Koeman’s discourse has also been self-defeating, saying reaching the top four was the domestic goal and miracles could not be expected in Europe. The players’ confidence and morale were being damaged.

So, eventually, down came the axe, and Barcelona will roll the dice again. Their new coach, most likely Xavi Hernandez, will find many of the same problems still lie in store at Camp Nou, but it would be difficult for him to do any worse than Koeman.