Causeway rivals Singapore and Malaysia will meet for the first time since 2014 on Friday, in a friendly match dubbed the Causeway Challenge which will be held at the National Stadium, Singapore. The last time the two sides met was in the 2014 AFF Cup group stage, a match that saw the Tigers knock the Lions out of the competition with a 3-1 win at the same venue.

However, two years have passed and the lineups for both teams have changed much since then, particularly for Malaysia. Let's see the six players who are likely to influence Friday's Causeway Challenge.

A good team must play well starting from the back, and that is why Malaysia and Selangor goalkeeper Khairulazhan Khalid must be the starting point of Malaysia's game. Malaysia head coach Datuk Ong Kim Swee has decided against taking number one goalkeeper Khairul Fahmi Che Mat to Singapore, and the Selangor custodian is likely to be picked ahead of the other goalkeeper in the travelling lineup, Perak's Hafizul Hakim. Furthermore, with Fahmi out of the way, this is the 27-year old's chance to cement his spot as the country's number one.

Khairulazhan will face the threat posed by Singapore winger Faris Ramli, who is likely to be picked by head coach V. Sundramoorthy. The Home United man has had experience playing against Malaysian players during his time with the now-defunct LionsXII, and should know the weaknesses of the Malaysia team that he will be up against this Friday. 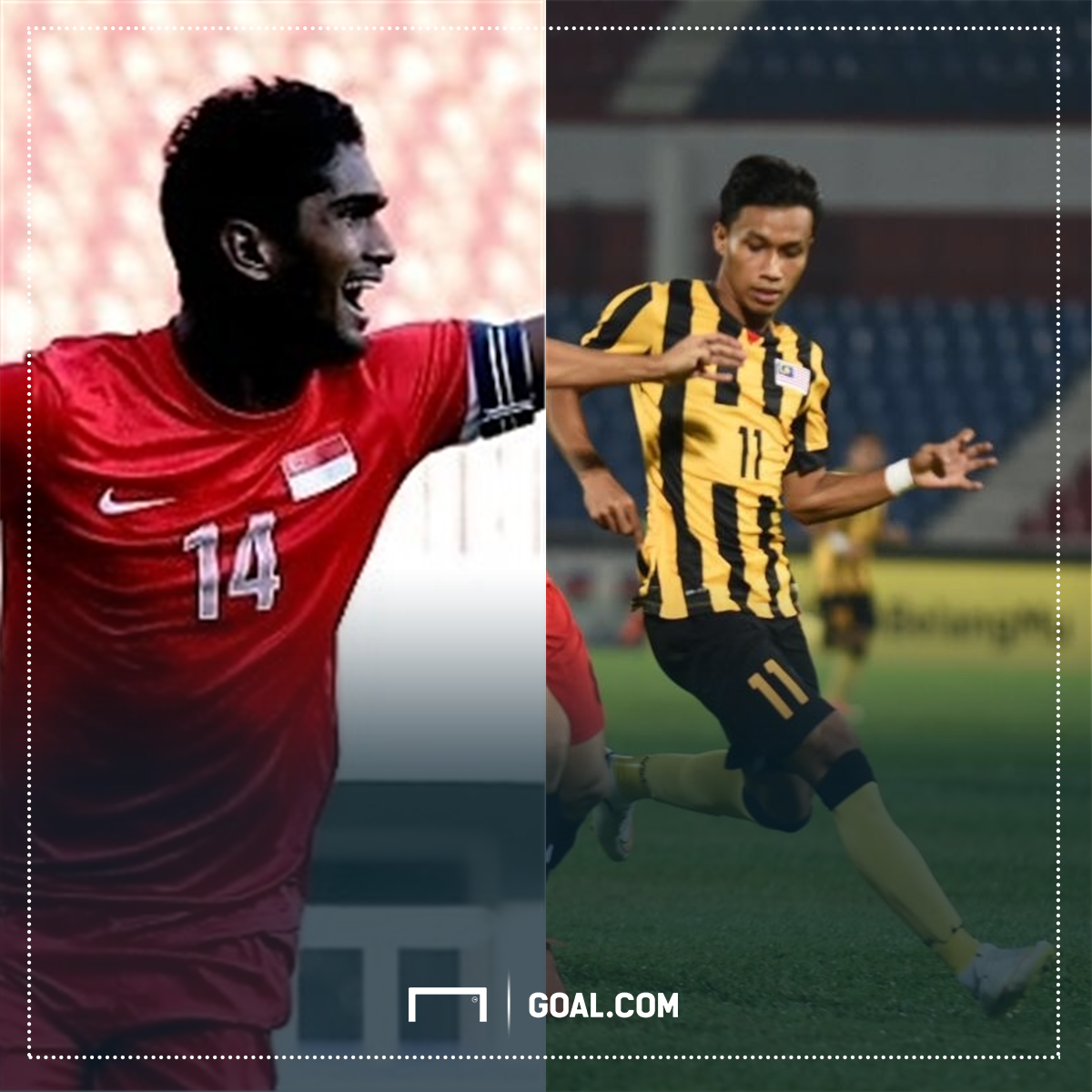 Kedah's Baddrol Bakhtiar had always been somewhat an outsider in the national team, but under Kim Swee he has been thrust into a more prominent role. Furthermore, his performance in domestic football has helped his club finish third in the Super League, and reach the Malaysia Cup semi-finals. With the absence of the injured Kelantan midfielder Brendan Gan, the brunt of the playmaker role has fallen onto his shoulders, and against their Causeway rivals, the 28-year old must be at his best game.

This is because his Singapore counterpart; Hariss Harun is a formidable opponent. Hariss plays in Malaysia for Super League and AFC Cup champions JDT, and the Southern Tigers' decision to sign him as one of their foreign players back in 2014 speaks volumes of their belief in the talent possessed by the 25-year old. Furthermore at this age, he is already a veteran for Singapore, having already collected over 60 caps for the Lions. The former football prodigy plays mostly as a defensive midfielder, shoring up his team's defence, going up when the situations allow.

The remaining projected battle will also involve two players who play in the Malaysian Super League. 22-year old Hadin Azman finally received his first call-up to Malaysia following a convincing season with Felda United that saw them qualify for the 2017 AFC Cup, but only after some convincing by fans and media in the country. Now that the winger has been selected to travel to Singapore, he has to do his utmost best to help the Tigers triumph over the Lions, as well as to stake his claim for a permanent spot in the squad. The goal dearth faced by Malaysia's strikers means Hadin must also help out in the goal-scoring department against Singapore, and if he manages to do that, maybe Kim Swee will not need anymore convincing to list him in Malaysia's AFF Cup squad later this year.

But his job will be made that much harder by defender Safuwan Baharuddin, who plays for PDRM and is its captain. Safuwan is a peculiar brand of player, as although he is employed mainly as a defender for Singapore, the utility player often serves his club as an attacking midfielder, and gets on the scoresheet with his header quite often. His abilities as a defender make him one of the best in the region, but it is his ability to push up into the opponents' penalty area during set pieces that makes him all that more dangerous.