With the European season over, Goal looks at the business set to be done by the Ligue 1 newcomers this summer
ANALYSIS
By Robin Bairner
For most promoted sides, the aim of their first season in the top flight is simply survival, yet Monaco have promised to arm themselves with some of the top players in the world and are set to be the headline event of the summer transfer window. Backed by wealthy Russian oligarch Dmitry Rybolovlev they are threatening to spend on a scale unprecedented in Ligue 1 and perhaps even the footballing world.

Already they have made several high-profile moves in the window and there could be even more to come by the time transfer season ends on August 31, despite a dispute with France’s professional clubs over their tax-exempt status.

Goal looks at what the summer might bring for the team everyone is talking about.

The transfer window is not even officially open in France but Monaco have already signed a wealth of talent for lavish fees.

Radamel Falcao’s arrival last Friday was the most notable, with the Atletico Madrid striker rumoured to have cost the principality side €60 million, though they have insisted that the actual fee is below this figure. Regardless, it is very probable they have broken the French transfer record, which was set by PSG’s €42m capture of Thiago Silva.

Previously, they had already announced the signings of Porto pair Joao Moutinho and James Rodriguez in a remarkable €70m deal (€25m for the former, €45m for the latter). Moutinho will strengthen their midfield while the Colombian will boost their attacking options further.

Monaco manager Claudio Ranieri is a huge admirer of Juventus midfielder Claudio Marchisio, having coached him during his spell as boss of the Bianconeri and the French side are prepared to bid in the region of €30m for the Italy international. Juventus trainer Antonio Conte has made it clear to his board that he will not accept a sale of the homegrown star, but a crazy offer and a poor Confederations Cup by Marchisio could open a door that now looks closed. Especially as Juve already have a future world class midfielder in Paul Pogba ready to take Marchisio's place.

Experience has already been added to the rearguard with the addition of Ricardo Carvalho, though Monaco are also eyeing Eric Abidal - who is to leave Barcelona - and Real Madrid left-back Fabio Coentrao. The Portuguese, like Abidal, is destined to depart La Liga this summer, and Monte Carlo is a very possible destination.

In addition, another centre-back is expected to arrive in addition to promising youngster Nicolas Isimat-Mirin, who has already agreed personal terms to move from Valenciennes. Nicolas Nkoulou looks to have turned down the chance to rejoin his former side but John Terry and Daniel Agger, of Chelsea and Liverpool respectively, are both options.

Barca goalkeeper Victor Valdes is a target who has seemingly been missed after he announced he will remain with the Catalans one more year and it seems that Steve Mandanda is happy to stay with Olympique de Marseille, although Monaco have argued that they are happy with current shot-stopper Danijel Subastic.

Sporting director Vadim Vasilyev has said that Monaco will only sign five or six new faces but expect them to be linked with many, many more names over the course of the summer.

Head coach Claudio Ranieri, meanwhile, has indicated that he wants his squad largely in place by the time pre-season training begins on July 1. 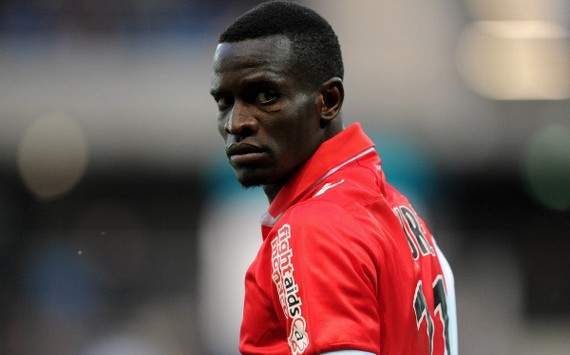 The squad that won Ligue 2 last season was extremely big and will need to be trimmed down significantly before the beginning of this campaign.

Valere Germain, who came through the youth ranks of the team, could be one of the players to be sacrificed for the big-name arrivals. The 23-year-old was very impressive in scoring 14 league goals last season and has attracted the likes of Lille. Meanwhile, Ibrahima Toure’s goals dried up towards the end of last term and he could also find himself pushed through the exit door.

Other significant departures include Nampalys Mendy, a promising midfielder is set to sign up with next door neighbours Nice, and Layvin Kurzawa, whose opportunities in the left-back role will be limited. Fellow full-back Georgios Tzavelas, a Greece international, is another who is liable to be seen as surplus to requirements along with Sweden midfielder Emir Bajrami, who has signed a three-year deal with Panathinaikos. 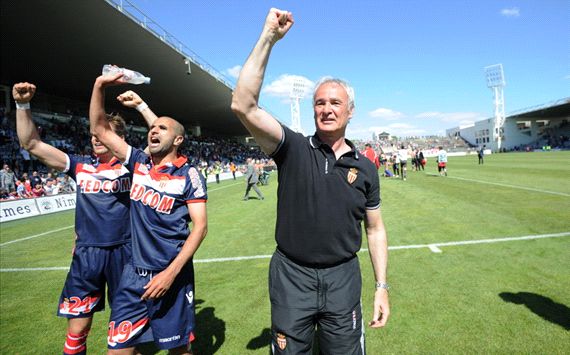 Towards the end of the season there was rampant speculation that head coach Claudio Ranieri would be sacked as the Monegasques rather stuttered over the line to claim the Ligue 2 title. Many top names were suggested as contenders for the role, including Jose Mourinho and Roberto Mancini, yet the Stade Louis II outfit have since confirmed that they want Ranieri to lead them into Ligue 1 and the speculation has died for now.

The Italian has admitted, however, that he knows a slow start next season will cost him his job, with the board demanding not only winning football but beautiful football, too. The pressure will be on him. 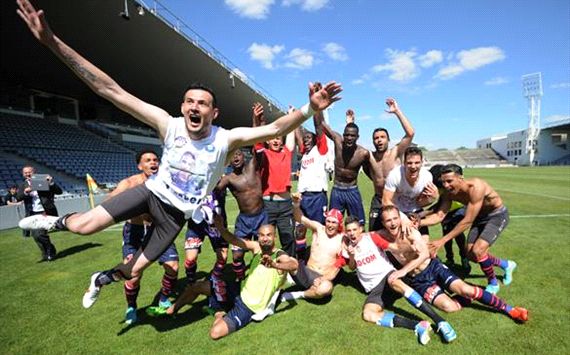 Whatever happens before the season starts, this will go down as the most remarkable summer in the history of Monaco. They have spent remarkable sums on world-class players whom it was unimaginable that they would be able to secure even five months ago.

This should be seen as a real statement of intent from the principality side, who may have said that they are only aiming for the Europa League spots next season but who must be privately targeting the title. Monaco have proved themselves off the pitch with some fine additions and now they must do likewise on the field.